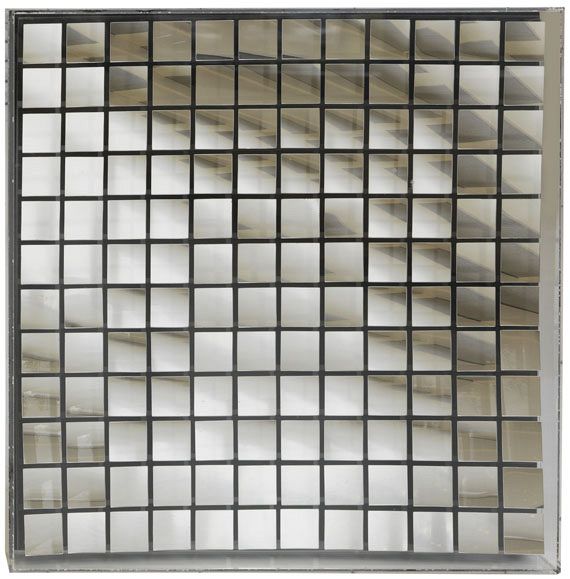 Since 1970 he also worked with laser beams. Already during his lifetime he received several honours. In 1979 he was appointed professor by the country of North Rhine-Westphalia, in 1982 he received the Thorn-Prikker-medal in Krefeld, in 1987 a retrospective took place on the occasion of his 75th birthday in Bremen and in 1989 he was awarded with the ‚Verdienstorden' of the country of North Rhine-Westphalia. The same year he founded the Adolf-Luther-Stiftung in Krefeld. In 1990 the artist died. Luther developed a variety of ideas in the handling of mirrors, concave mirrors, glass and lenses, which can be admired in his fascinating œuvre. [KP]