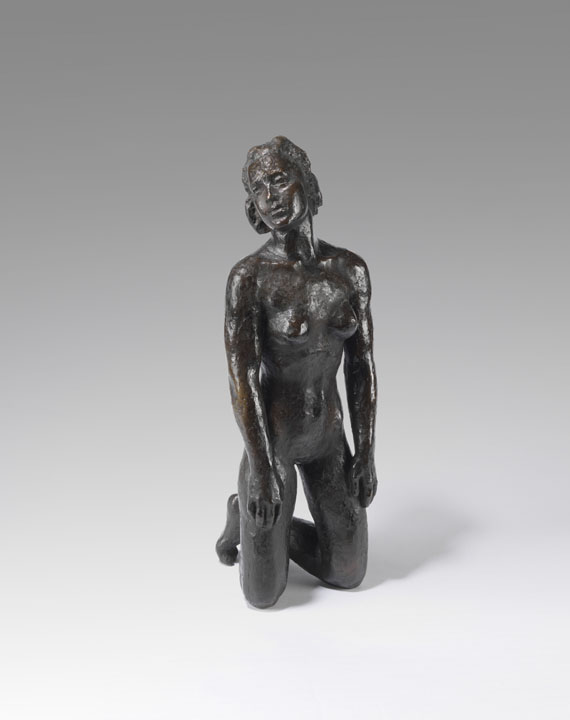 Georg Kolbe, one of the most successful sculptors of his time, first studied painting in Dresden and Munich. The sculpture of Rodin, which he studied closely during a sojourn of half a year in Paris in 1897, and Louis Tuaillon awakened Kolbe's interest in sculpture. When Kolbe moved to Rome in 1898, Tuaillon, the most important Neo-Classicist sculptor played an important role. Kolbe's first portrait sculptures were made under Tuaillon's guidance. After six years during which he also travelled in Italy, France, Belgium and Holland, Kolbe decided to return to Germany and moved to Berlin. He continued collecting new ideas and impressions during frequent trips abroad. In 1913 the sculptor left the 'Berliner Sezession' which he had joined in 1905 to join the 'Freie Sezession'. At the outbreak of the war in 1914 he was sent to East Prussia and Poland as a volunteer. He remained in military service until 1918 when he was sent to the Black Forest as an infantryman. In the same year the Prussian Ministry of Cultural Affairs appointed him professor. Kolbe's early sculptures, simple, harmonious nudes influenced by Rodin, but also by Maillol, seek a harmony between the body and the soul. During the 1930s he turned towards a more heroic monumentality.

In 1936 the 'Reichskulturkammer' accepted the 'Deutscher Künstlerbund', of which Kolbe was the chairman, as a member. Towards the end of the war the artist's house and studio were damaged so that he moved to Hiershagen in Silesia until the beginning of 1945. After his return to Berlin he underwent several eye operations, which were unsuccessful, however. In addition to this his cancer reoccurred and Kolbe died on 20 November 1947. Apart from his numerous portraits Kolbe , who was one of the first autonomous sculptors and thus no longer determined by his sponsors, concentrated on nude sculptures which influenced the following generation of sculptors. 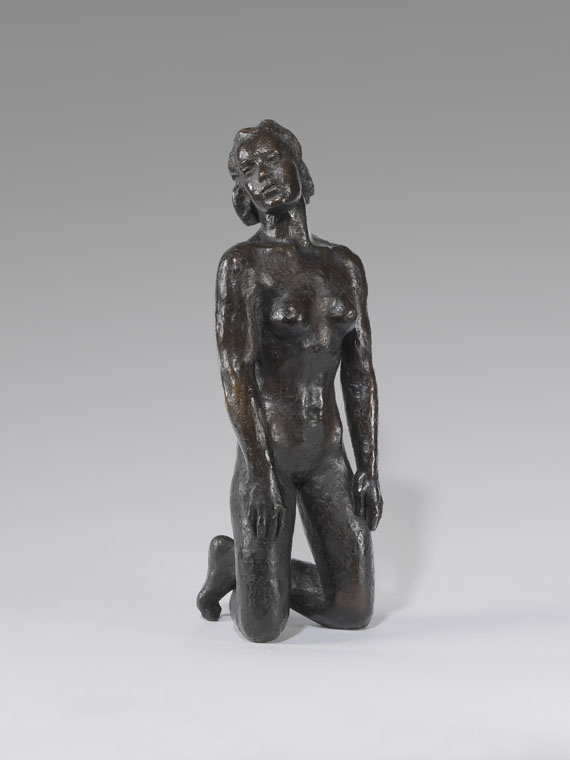