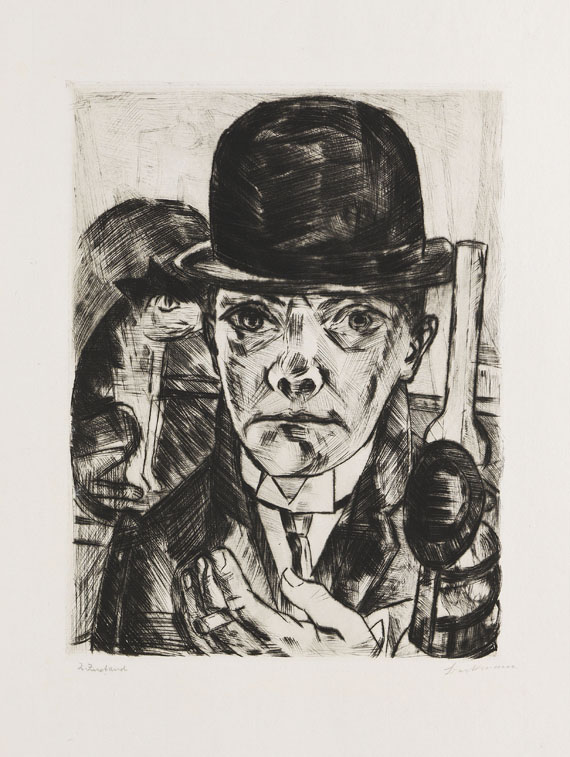 He went to the Großherzogliche Kunstschule in Weimar from 1900 to 1903 where he studied mainly under the Norwegian landscape painter Carl Frithjof Smith. After his graduation and several trips to Paris, Geneva and Florence Beckmann settled in Berlin in 1907 where he joined the 'Berliner Sezession'. At the outbreak of the First World War Beckmann volunteered and served in East Prussia and Flanders. Discharged in 1915, Beckmann moved to Frankfurt am Main where he taught at the Städelschule until 1933. His experiences during the war led to a more Expressionist style close to the 'Neue Sachlichkeit'. Beginning in the 1920s, the individualism of his style expressed itself in his intense occupation with the object world, which is reflected in an Expressive, graphic structure. Beckmann's prevailing subject was the lonely, threatened man in an apocalyptic world.

This work is one of the most important graphic sheets in Max Beckmann's oeuvre – if not the most important one. The exploration of the self, which reached its first peak in European art with Rembrandt's self portraits, became a red thread in the history of painting and graphic art from that point on. Especially German artists from the first half of the 20th century saw it as an important means in the process of self-discovery. Next to Beckmann, Käthe Kollwitz can be mentioned exemplarily, who found her life's most artistic challenge in the quest for the self. Beckmann's frontal self portrait placed in center of the composition, protecting itself from too much intimacy with the observer through the hand with the cigarette in the foreground and the lamp in right, calls reminiscence to the dated form of the icons of saints. However, the basic demanding expression just seemingly offers a dialog. Beckmann's clearly aware of his posture as artist and loner in this work. He sees his intentions fully realized.

Political pressure forced him to emigrate to Holland in 1937. Here he was also restricted by the political situation, however, and an invitation to Saint Louis as a guest professor in 1947 was a welcome occasion to emigrate to the USA. Max Beckman died on 27 December 1950 in New York. 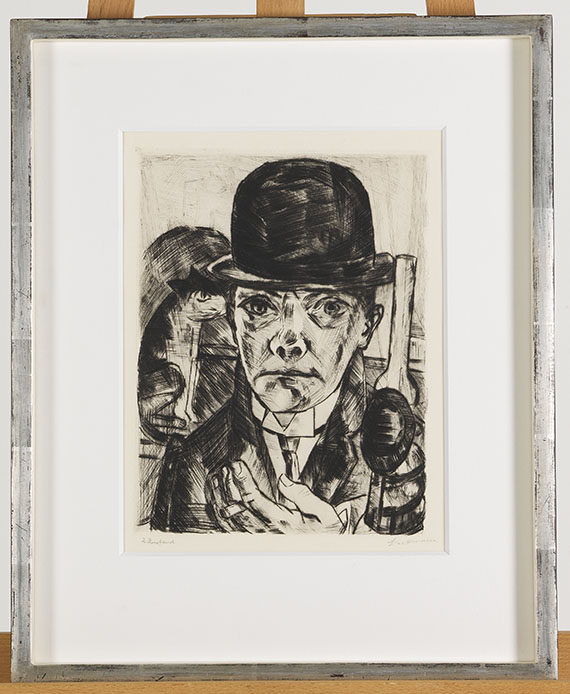