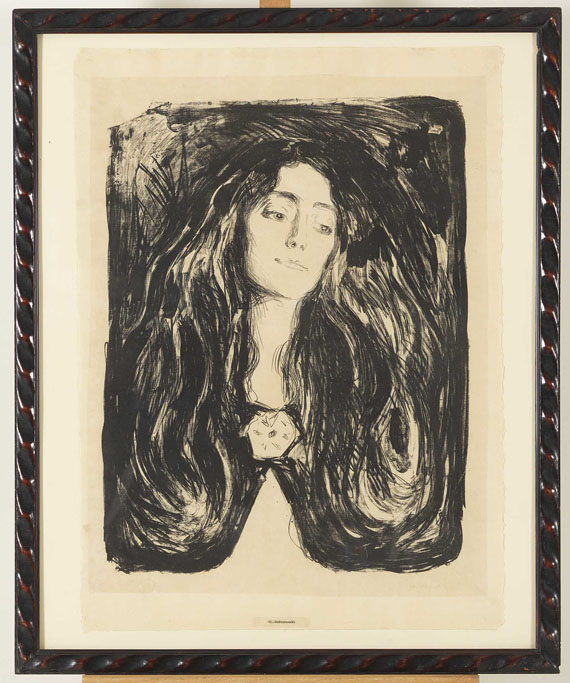 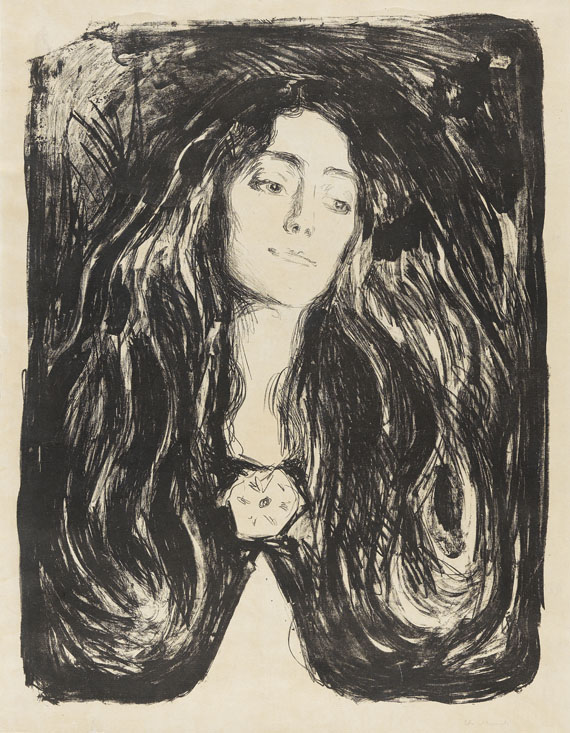 After dropping out of engineering studies, Edvard Munch, who would become Norway's greatest painter, began to study printmaking in Oslo in 1881. His teachers included the sculptor Julius Middelthun and the painter Christian Krogh. Soon after 1884 Munch began to freelance as a painter, arousing the interest of a broad public with his distinctive style. Munch's 1892 Berlin exhibition, to which the Verein Berliner Künstler had invited him, caused a scandal that led to the founding of the Berlin Secession. Although Munch's early paintings were in a realistic vein, a stark [sic!] emotional content informed them, the underlying mood of the young artist's work, which intensified after Munch encountered the work of Toulouse-Lautrec, van Gogh, Gauguin and the Symbolists on his first visit to Paris ca 1890. Their work induced him to simplify his formal language and, more importantly, to heighten his expressiveness with the aid of new visual devices. Thus Munch arrived at the repertoire of themes he would remain with for the rest of his life, which incorporated his own personal emotional state as well as universal psychological processes and an overarching existential threat to emotional stability resulting in anguish. Deploying a dark, melancholy palette and arabesque-like forms summed up over large surfaces, Munch imbued his pictures, which deal with the havoc wrought by existential emotional experiences such as fear of illness and death, loneliness and jealousy, with a dramatic forcefulness of expression that is shattering in its intensity. In his etchings, lithographs and woodcuts especially, Munch showed consummate mastery of heightening these themes by rendering his motifs very sparingly.

After suffering a severe mental breakdown, as he himself termed it, Edvard Munch, who had spent much of his time in Paris and Germany, returned to Norway in 1908. In 1937 eighty-two works of Munch's in German museums were defamed by the National Socialists as 'degenerate' and sold. Munch's eyesight deteriorated from 1930, making it increasingly difficult for him to work. Edvard Munch died at Ekely, his house on the outskirts of Oslo, in 1944. He bequeathed the enormous body of works in his estate to the city of Oslo, which inaugurated the Munch Museum in 1963.