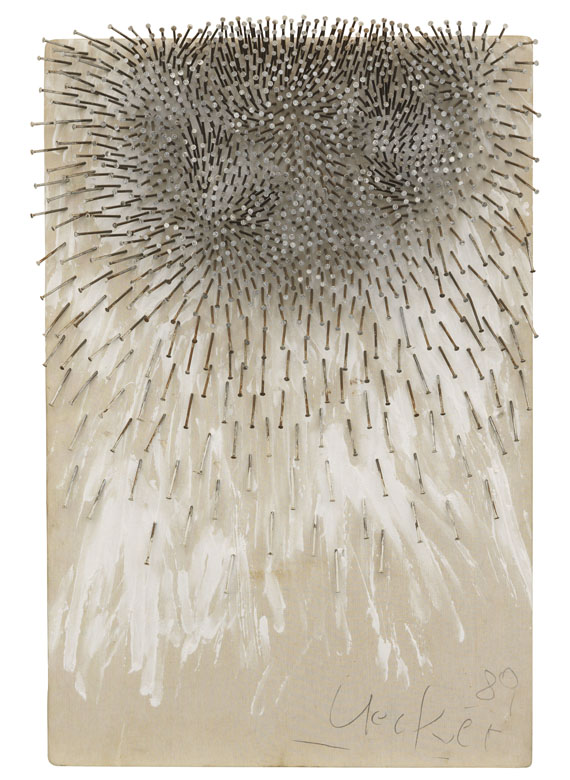 The nail, an anonymous industrial product, is the medium of an intensive spiritual occupation in Uecker's oeuvre. Traditionally, the nail is associated with categories like holding tight and fixation, however, Uecker uses the material in his works to illustrate motion. The nails, partly arranged in dense clusters, some just scattered, create a play of light and shade and a rhythmic drive that changes with the observer's perspective. This works powerful effects are increased by the three-dimensional background across which the nail relief unfolds. In his later works Uecker references his early nail objects. All elements appear to be in a harmonious flow and reflect the artist's intensive, almost trance-like process of creation.
More Information
+
Sell
Get a free appraisal for a similar object!
+
Register for
Günther Uecker
+
Buying from A-Z
+
Contact a specialist
+
Günther Uecker Biography
Share