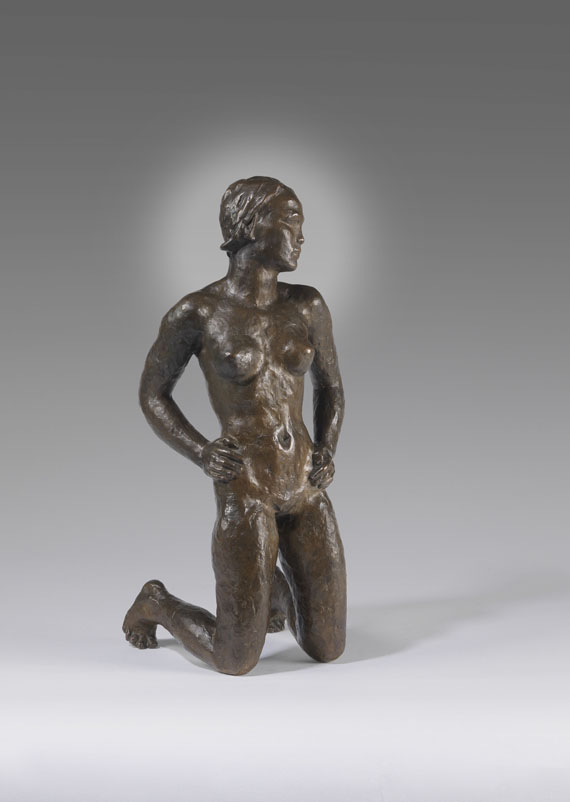 enlarge image
+
235
Georg Kolbe
Kniende, 1928.
Bronze
Estimate:
€ 40,000 / $ 44,000
Sold:
€ 52,500 / $ 57.750
(incl. 25% surcharge)
+ hide details
Lot description
Kniende. 1928.
Bronze with medium brown patina.
Berger 115. With monogram in ligature on sole of left foot and punched number "1". One of ca. 20 copies, of which 14 were made during the artist's lifetime, among which this cast counts. According to Berger, only casts made for export to the U.S.A. were numbered, exclusively "1" or "2", as lower duties were levied for the first and second cast; accordingly, the numbering does not tell much about the order of the cast. 52 x 23 x 20.8 cm (20.4 x 9 x 8.1 in) [KD].
Cast by art foundry Hermann Noack, Berlin (no foundry mark).
Other casts are in possession of the Georg Kolbe Museum, Berlin, and the Detroit Institute of Arts.
A photo from 1937 shows Karl Nierendorf in his gallery in New York surrounded by several bronzes by Lehmbruck, Sintenis and Mataré, on a base behind him we see the "Kniende" by Kolbe, which is very likely to have been exactly this copy. The Buchholz Gallery, the New York representative of Galerie Curt Valentin in Berlin, also showed the "Kniende" in an exhibition in 1938. According to Berger, it is also very likely that it was this cast. [KD/JS].
Distinguished bronze from the late 1920s.
With an expertise by Dr. Ursel Berger, from 4 August, 2014.

EXHIBITION: Deutsche Kunstausstellung in Warschau 1929 (different copy than the one that is Polish state property as it was given as a present from the German government).

Essay
Georg Kolbe attained a more compact style in the later 1920s. The models' posture is more self-confident, the expression is stronger. The statuary aspect is emphasized and the body is seen as a whole. The earlier idealization is now confronted with a reality which, fueled by coming popular taste, would determine the artist's entire later sculptural creation.
More Information
+
Sell
Would you like to sell a similar object?
+
Register for
Georg Kolbe
+
Buying from A-Z
+
Contact a specialist
+
Georg Kolbe Biography
Share 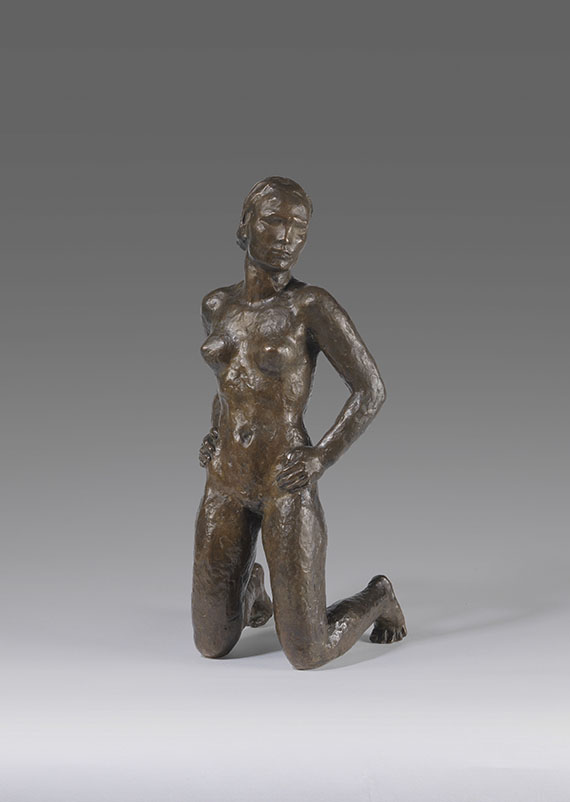 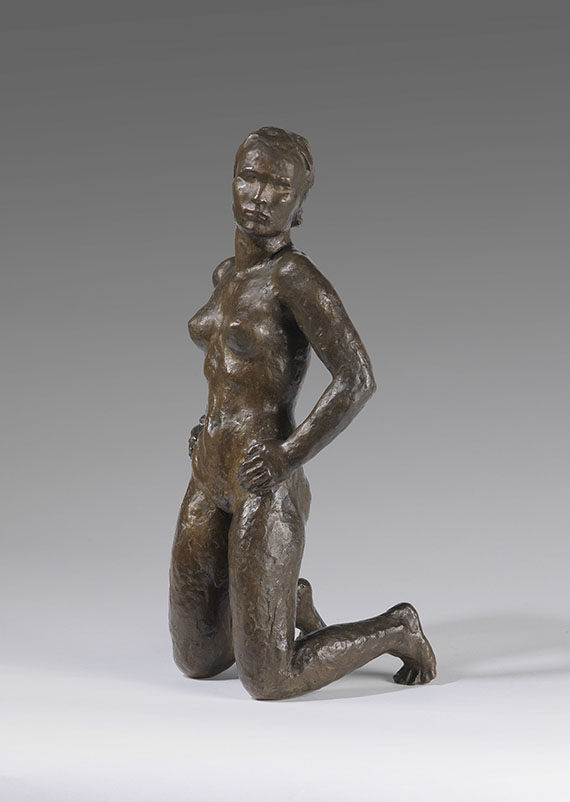