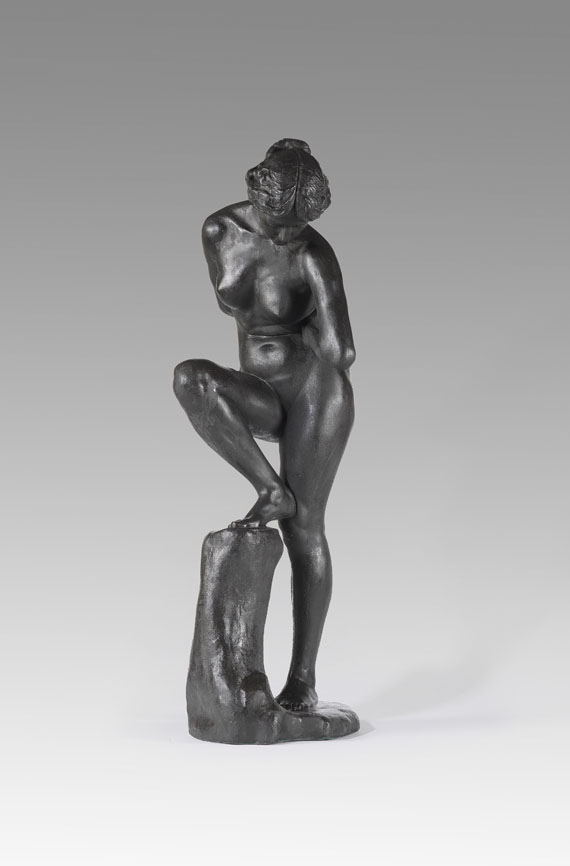 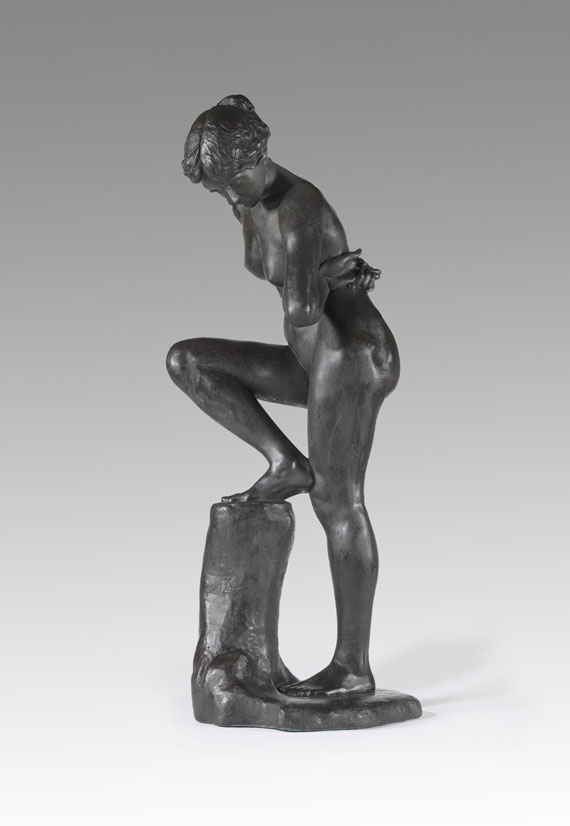 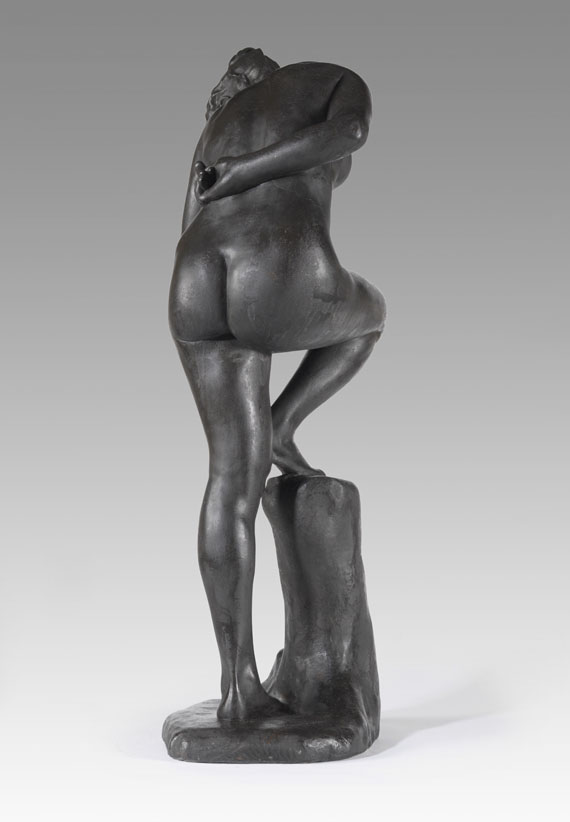 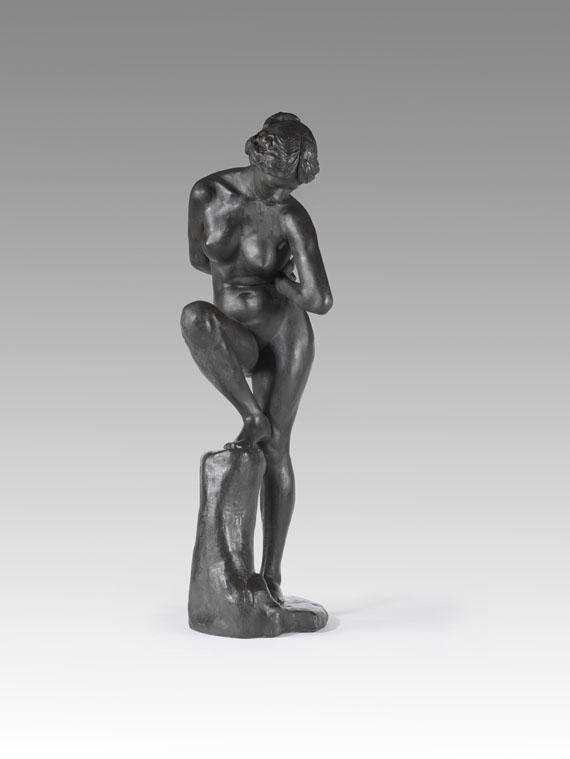 In those days, a few years before the turn of century, he made the 152 cm, almost life-size tall partly gilt-tooled marble sculpture "Badendes Mädchen, sich im Wasser spiegelnd", today in possession of the 'Museum der bildenden Künste'in Leipzig. It can be assumed that Helene Donath, who was his preferred nude model for a couple of years, sat model for this work. However, it is also possible that the artist depicted Elsa Asenijeff. The writer and later muse of Klinger had moved to Leipzig in 1897, in order to study philosophy.
The tender figure of the bather and her unusually twisted, yet lovely pose makes her one of the most charming figures in Klinger's oeuvre. Additionally, the observer has an unusually active role, as he can capture the fine details and the pose of the well-proportioned body only when observing the figure by walking around it. Additionally, he has to add the water surface in his imagination.
With Max Klinger's permission, the Berlin art foundry H. Gladenbeck & Sohn made various reduced versions of the life-size marble figure as of around 1902. The Leipzig company C. B. Lorck was in charge of sales and distribution. The amount of copies made of this bronze is unknown, however, especially the large variant with a height of 101 cm is very rare on the art market.
More Information
+
Sell
Get a free appraisal for a similar object!
+
Register for
Max Klinger
+
Buying from A-Z
+
Contact a specialist
+
Max Klinger Biography
Share