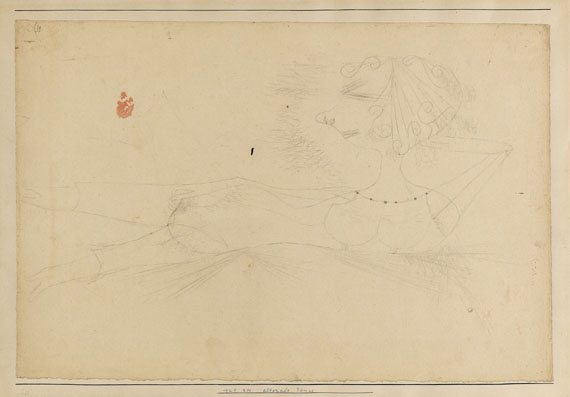 Essay
There are just as many definitions of beauty as there are interpretations. As paradox as it may sound: An aging beauty can be more beautiful than a young one. The ambivalence of these perspectives is evident in our drawing as well. With a soft line Paul Klee depicts a former beauty, certain details of the drawing doubtlessly show that time has done its work. The same slight irony that is so characteristic of Paul Klee's works may also be observed here. The reclined lady's overemphasized head lets the aged body appear even less important. The soft and hesitating line that describe the meager body does the rest in sketching the slight ridiculousness of aging.
More Information
+
Sell
Would you like to sell a similar object?
+
Register for
Paul Klee
+
Buying from A-Z
+
Contact a specialist
+
Paul Klee Biography
Share 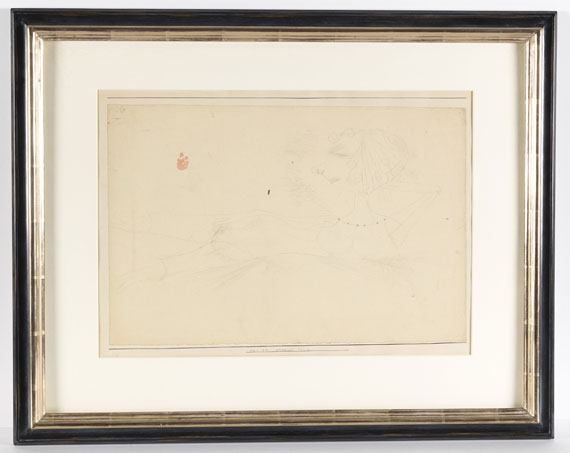