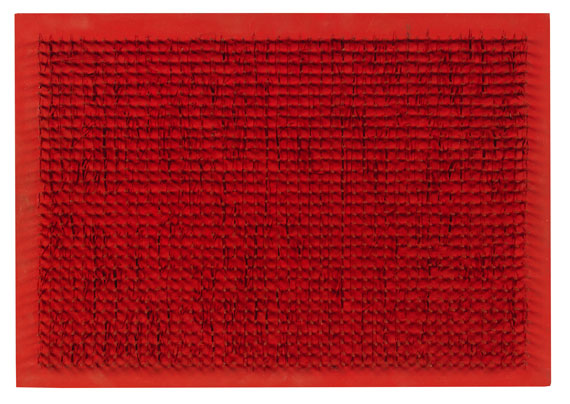 Accompanied by a photo certificate issued by the Archivio Opere Bernard Aubertin, Milan, from 8 January 2014, which comprises a confirmation by the artist's hand.

Essay
As of 1960 Bernard Aubertin began to work on his nail pictures, which would occupy a central position in his oeuvre henceforth. This important work complex, at the center of which - just like his German Zero colleague Günther Uecker - Aubertin placed the industrially made nail as main means of artistic creation, is characterized by a warm red color. By penetrating the wooden plate Aubertin creates an individual relief of burst wood on the front side between the snarl of nail heads. The blazing red color is literally soaked up. Aubertin's works are not paintings in a classic sense, they are more a kind of accentuated matter, lucent three-dimensional bodies of color, which, like a bundle of light rays, seize the surrounding space.
More Information
+
Sell
Would you like to sell a similar object?
+
Register for
Bernard Aubertin
+
Buying from A-Z
+
Contact a specialist
+
Bernard Aubertin Biography
Share 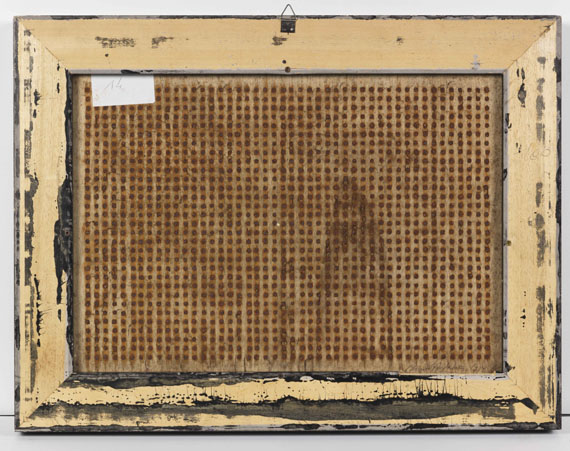