Essay
Georg Kolbe's almost life-size "Brunnenfigur" (Fountain Figure) goes back to the small model for a fountain sculpture executed in 1912. The then director of the Nationalbank Julius Stern had commissioned Kolbe to make it for his country house near Potsadam. The Berlin collector and patron Julius Stern was one of Kolbe's early supporters. The stone plastic of the fountain, which was eventually bought by the city of Cologne in 1954 and exhibited in the opera house, was largely worked over by Kolbe in 1919. The facial features and the body became more contoured, the hairdo and the drapery of the garment followed a more cubist style. In the following years 10 or 11 stone casts of this second version were offered by the Dresden Galerie Arnold, only one bronze was cast during Kolbe's lifetime. The importance the sculpture of a female nude keeling in a sinewy entanglement had for contemporary art becomes obvious through the fact that the bronze was shown at the "Kunstausstellung Berlin" (1919) in the venue on Lehrter Bahnhof shortly after it was made. In 1922 one of the stone casts was presented to the public at the Venice Biennale.
More Information
+
Sell
Would you like to sell a similar object?
+
Register for
Georg Kolbe
+
Buying from A-Z
+
Contact a specialist
+
Georg Kolbe Biography
Share 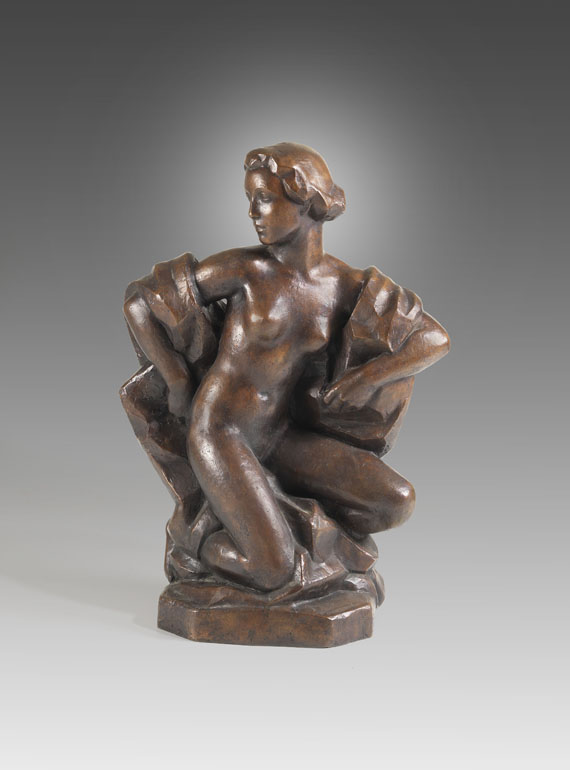 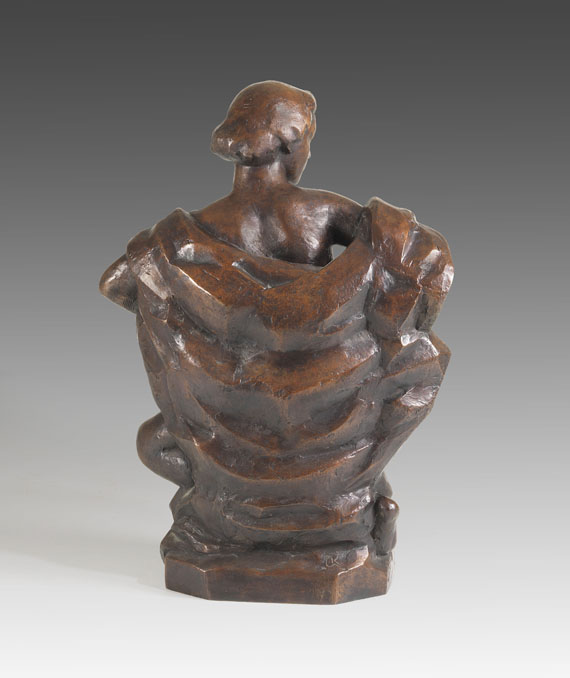