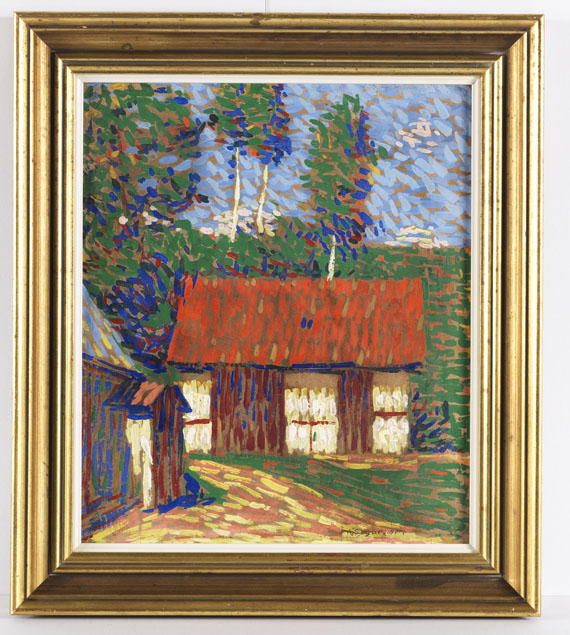 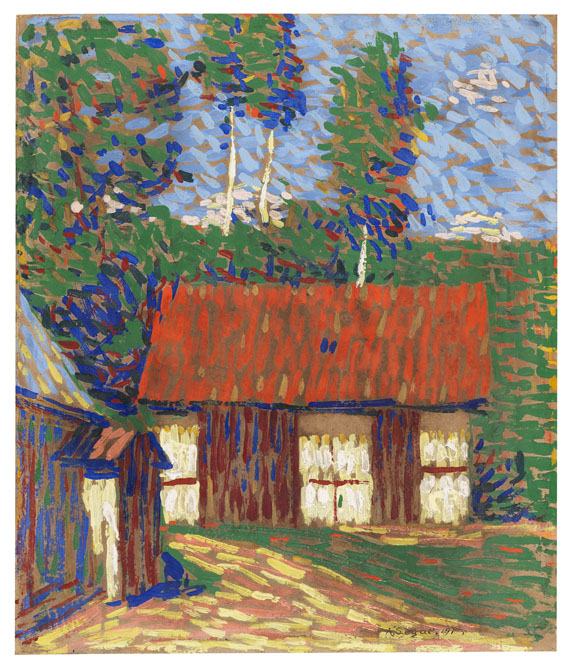 The origin of this rural view was still under the influence of late Pointillism and van Gogh's stroke of the brush. What characterized the generation of painters from before World War I were their experiments with colors and forms in a new and unusual context. Works from these days emanate a lust for discovery that found expression in the spontaneous duct. A lot of what he had worked out in these early days found its way into Arthur Segal'slater oeuvre, which for its formal density and the unusual color canon is incomparable with works by his contemporaries. Abandoning traditions was decisive for these experiments and laid the basis for modern art in the twentieth century.
More Information
+
Sell
Get a free appraisal for a similar object!
+
Register for
Arthur Segal
+
Buying from A-Z
+
Contact a specialist
Share