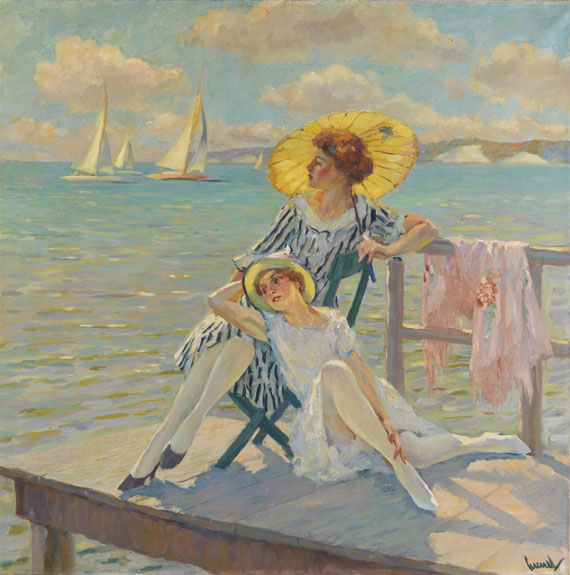 Essay
'La dolce far niente', sweet idleness, preferably illustrated by young women, is a theme found in many works by the artist. Edward Cucuel, who did not really change his style, which had been influenced by his friend and artist colleague Leo Putz, much, arranged his themes in a sense of a careless world, in which pretty young women have their stage. Whether in comely groups, as it is the case here, or in a dreamy solo pose, the female figure is always at the center, so that the surrounding landscape has more of a staffage character. It is just a frame for the pretty figures which celebrate their privileged existence, dreaming and lost in reverie. This met the taste of an audience, that, confused by the social changes, was not yet willing to accept the new avant-garde. Event though he often shows his motifs in nature, Cucuel, along with just a few of his contemporaries, was one of the last Salon painters.
More Information
+
Sell
Would you like to sell a similar object?
+
Register for
Edward Cucuel
+
Buying from A-Z
+
Contact a specialist
+
Edward Cucuel Biography
Share 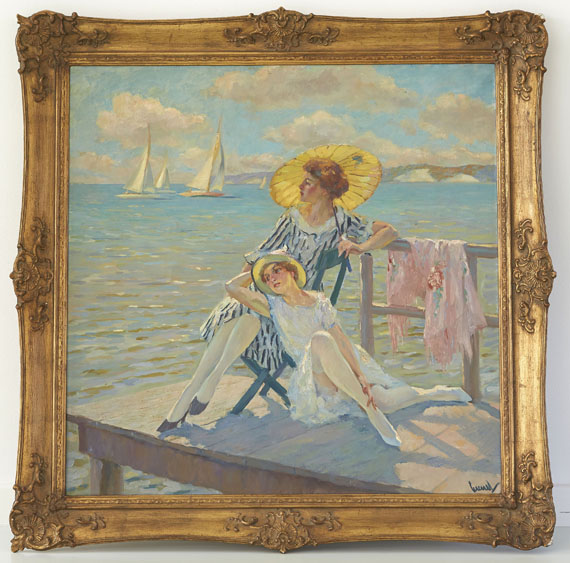