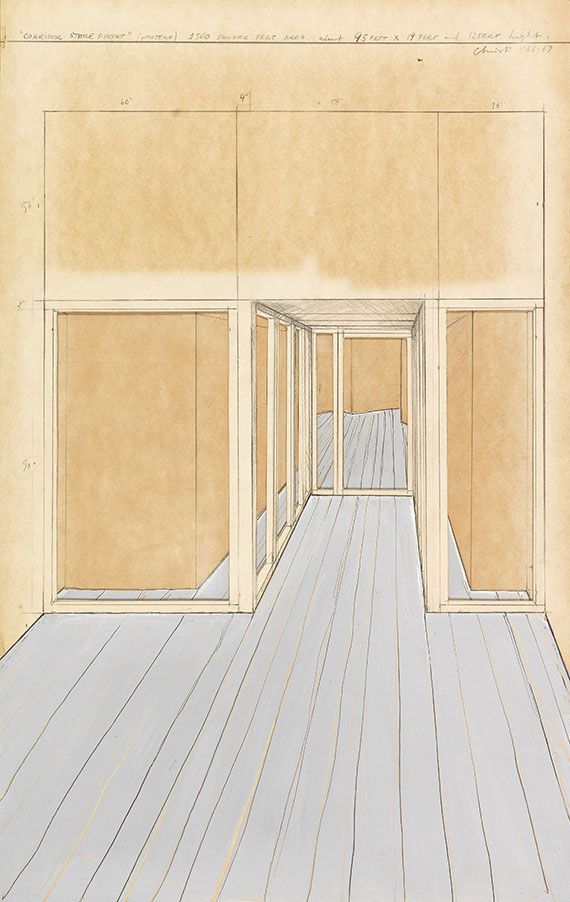 Then followed the 'Rideau de fer', an 'iron curtain' made of empty oil drums blocking a road. 'Showcases' was made in 1963, vitrines which one cannot look into because the inside of the glass is covered with a foil. Christo developed these "Showcases" further in 1964 in New York, his new residence, where, together with his wife Jeanne-Claude, he made the 'Shop Fronts' which cannot be entered. Environments followed, such as the one in 1968 on the documenta 4, where Christo installed a 5600 cubic metre parcel. After his 'Wrapped Air' and the 'Wrapped Tree' in 1966 he continued in 1968/69 with wrapping public buildings such as the Kunsthalle Bern or the Museum of Contemporary Art in Philadelphia, in the latter he also wrapped the stairway and the hall in the interior. His wrapped projects include monuments, pavements and even wrapped coastal stretches and entire islands.
More Information
+
Sell
Get a free appraisal for a similar object!
+
Register for
Christo
+
Buying from A-Z
+
Contact a specialist
+
Christo Biography
Share