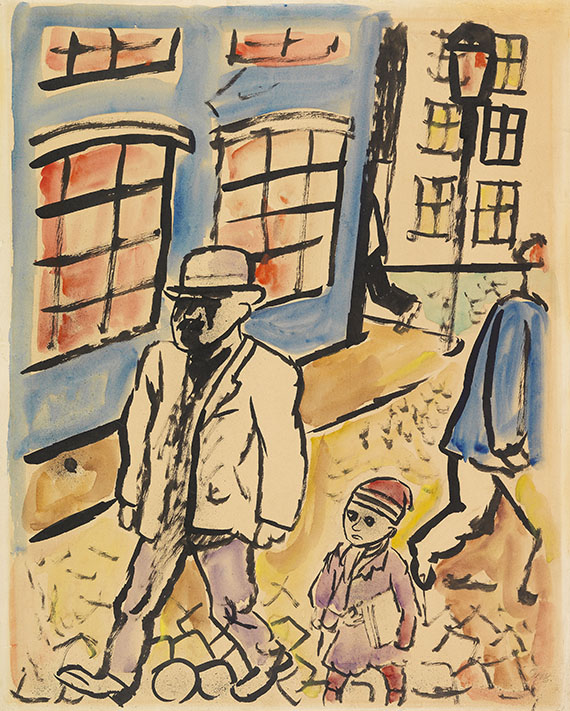 Expressive socially critical drawing from the 20s.
The work will be included in the forthcoming catalogue raisonné of the works on paper being prepared by Ralph Jentsch.

Essay
Within the range of drawings by George Grosz, those addressing socio-critical issues occupy a central position. Like no other artist of his days, George Grosz captured the German society, which was falling apart after World War I, in all its aspects. His drawings and watercolors show man in a society without any cohesion. The dull submissiveness of the petty bourgeois and the hopelessness of those at the brim of society, is utmostly striking in his works from the 1920s and 30s. Grosz did not have to travel far, as Berlin was a melting pot in those days, for some it was a golden era, for the majority it was a time of humiliation. Unemployment was the key factor for social decline, a phenomenon that prevails until today.
More Information
+
Sell
Would you like to sell a similar object?
+
Register for
George Grosz
+
Buying from A-Z
+
Contact a specialist
+
George Grosz Biography
Share 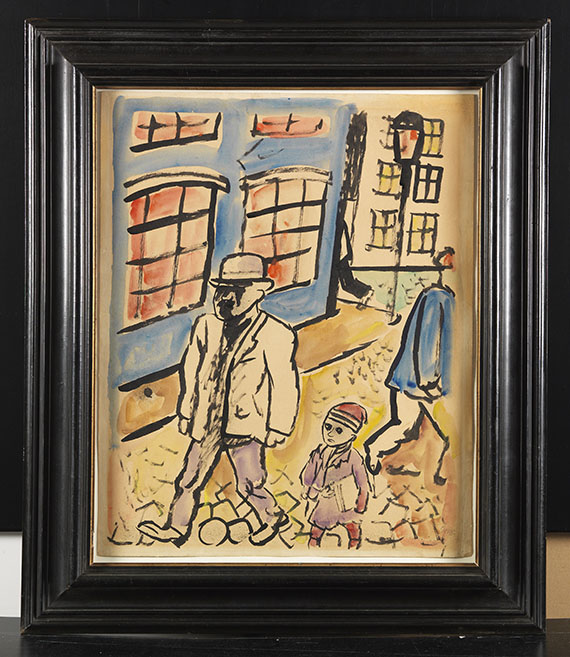