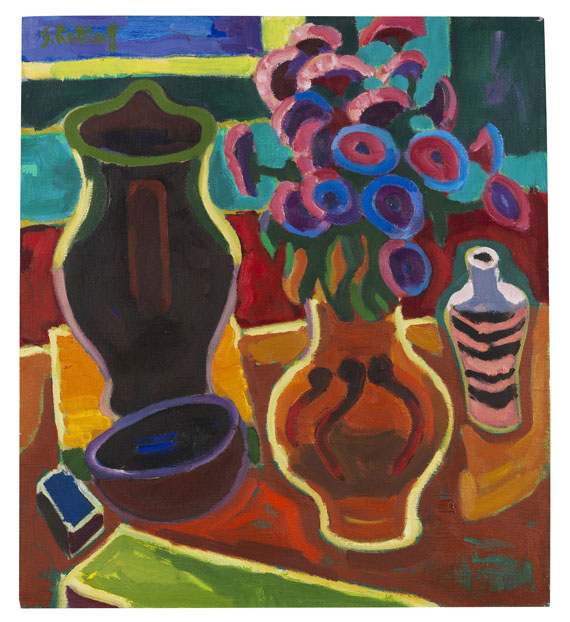 This work is offered for the first time on the international art market (Source: www.artnet.com).

Essay
Our still life originates from a time when it seemed that abstract painting had won over Realism. The artist gave this work to Will Grohmann, the leading art pundit of the 1950s and opponent of Carl Hofer in the battle between abstraction and figuration, in order to express his appreciation for the catalog raisonné of paintings released on occasion of his 70th birthday. In those days gestural, lyrical and informal artists created pictures in which painting was exercised for its own sake. Schmidt-Rottluff refused to follwo the 'Zeitgeist' and remained true to figuration. Accordingly, it is not only the clear composition that speaks for his respect for tradition. The simplified contour, the emphasis of striking color phenomena and the synopsis of several image levels characterize Schmidt-Rottluff's style and make for an impressive image such as this "Stillleben mit Astern-Strauss". Karl Schmidt-Rottluff made this work "in memoriam Rosa Schapire", who died in Lodon in February 1954
More Information
+
Sell
Would you like to sell a similar object?
+
Register for
Karl Schmidt-Rottluff
+
Buying from A-Z
+
Contact a specialist
+
Karl Schmidt-Rottluff Biography
Share 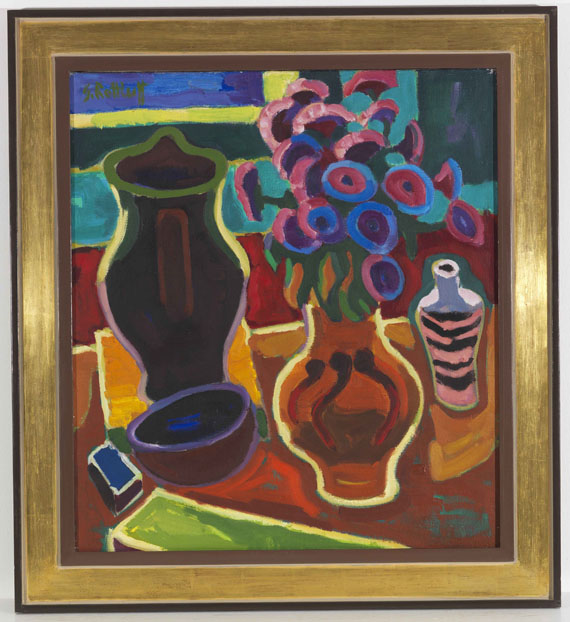