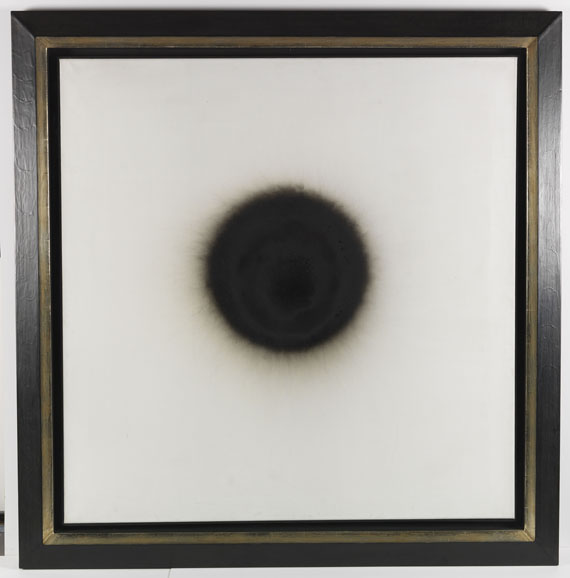 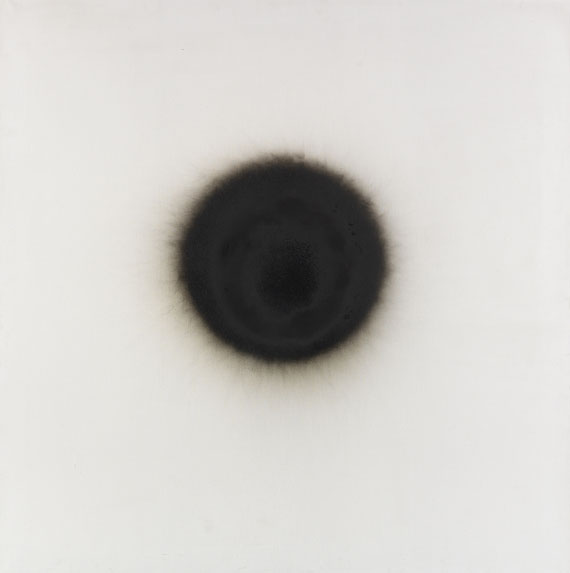 Our work from 1961 shows the suggestive powers of Otto Piene's smoke- and fire pictures: The work is particularly captivating for its clear composition, as it is characteristic of Concrete Art: squares and circles, black and white - entirely pure colors and forms. However, it is not the geometrical-abstract objectivity of the concrete, but, in contrast, the image is dominated by subjectivity and suggestiveness. The black smoke circle contrasting with the light ground evokes reminiscence of the mystic level of the dualism of light and darkness. The black circle's contours nervously glimmer and suggest the seething energies of elemental forces. At the same time this image has the apocalyptic disturbance of a solar eclipse. It surely is no coincdence that such an eclipse kept Europe on the edge in February 1961, the work's year of origin.
More Information
+
Sell
Get a free appraisal for a similar object!
+
Register for
Otto Piene
+
Buying from A-Z
+
Contact a specialist
+
Otto Piene Biography
Share