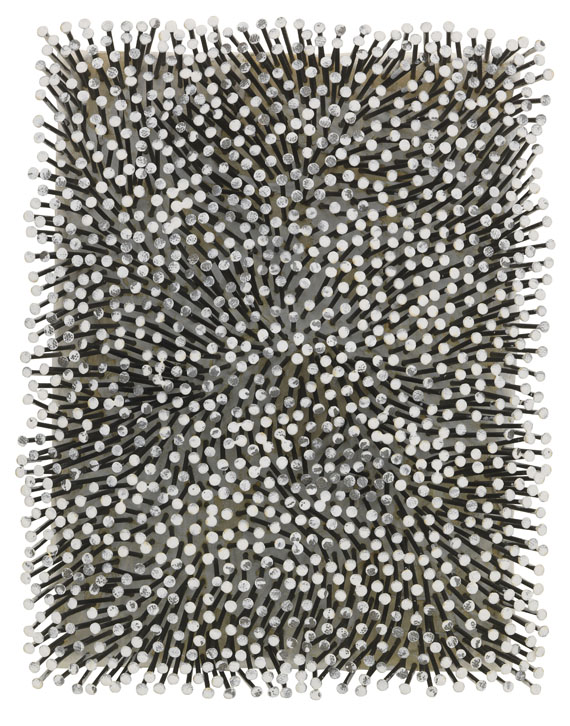 Essay
"My process of creation is an unconscious one. I do not reflect upon my actions, after a couple days I end up in a state that allows me to transfer what agitates me onto a field of nails. At first it is a dialog, followed by structure, than it turns into an expressive palaver. In the end I say 'Don't touch it anymore'." (quote after: Tagesspiegel, 13 April, 2008, no. 19873, page S 1). Uecker's nail pictures transform the force of their origination process into beauty. Made of massive materials, they seem lost in reverie and agravic, resting and yet in motion, the interplay of light and shade creates rhythm on the surface of the dense arrangement of nailheads, which changes with the observer's perspective. Uecker's powerful creations add balance to what seem to be contrasts, merge action and contemplation, rest and motion, forming a fascinating art characterized by a silent beauty.
More Information
+
Sell
Would you like to sell a similar object?
+
Register for
Günther Uecker
+
Buying from A-Z
+
Contact a specialist
+
Günther Uecker Biography
Share