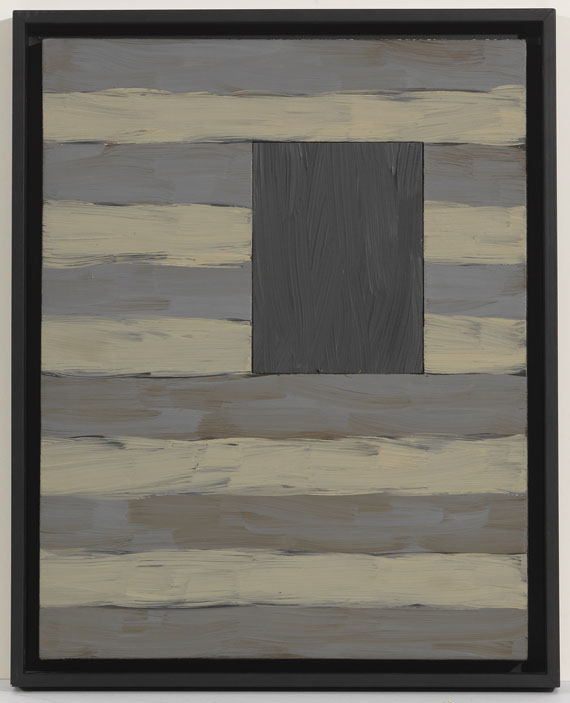 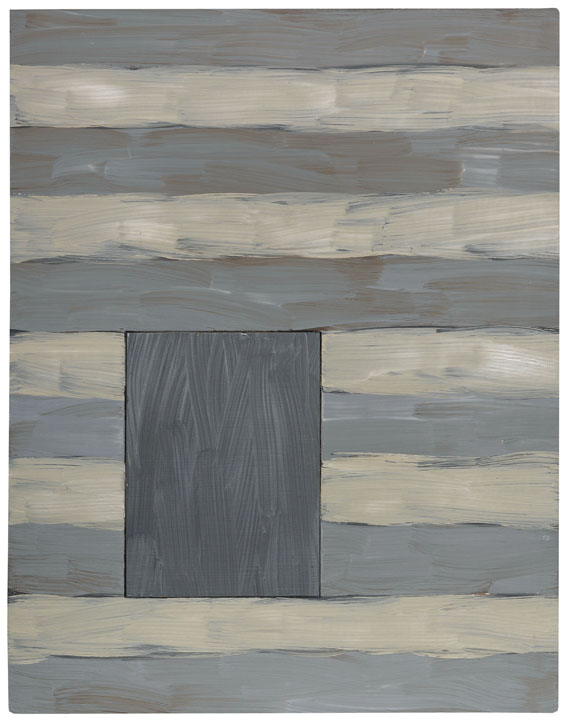 For this work the paint was applied layer by layer, so that the stripes' contours may not be perceived as precise edges but as soft coalescing contours. They make for a sharp contrast with the hard-cut edges of the almost monochrome wooden inlay. Since Scully applies the oil-based paint layer by layer and ususally wet-in-wet, we see different colors shimmering through the work's gray-beige coloring. They break through the top layer of paint and stir the geometrical lines. Inspired by Moroccan cloths, Scully attained his preferred and surprisingly reduced stripe motifs, which he explained as follows in 1987: "The theme of my pictures is the way stripes can be painted, this is as significant for me as apple and bottle are for Cézanne. The stripe is neutral and boring - we find it everywhere - and this is just what makes it so open for interpretation." (Quote after: Sean Scully. Gemälde und Arbeiten auf Papier 1982-1988, Ex. cat. Städtische Galerie im Lenbachhaus, Munich 1989, p. 18). [FS]
More Information
+
Sell
Get a free appraisal for a similar object!
+
Register for
Sean Scully
+
Buying from A-Z
+
Contact a specialist
+
Sean Scully Biography
Share