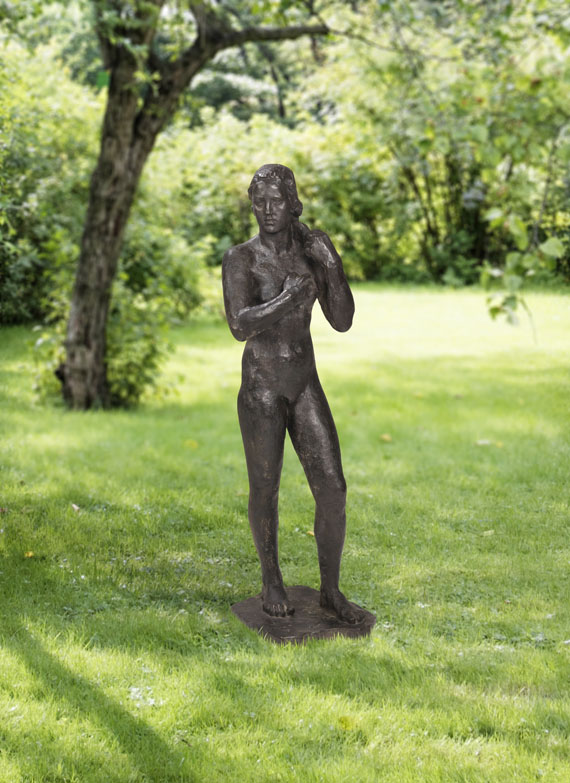 PROVENANCE: Private collection North Rhine-Westphalia (obtained directly from the artist, with original proof of purchase from May 16, 1944, signed by the artist).

"Taking the sensitivity of zinc casts into account, this sculpture is in an excellent state of preservation."
From Dr. Ursel Berger's expertise from April 2, 2016

Essay
Georg Kolbe's later sculptures are dominated by a physicalness that shows the influence of the contemporary taste. Echoes from earlier works still sound, however, the formation of the body shapes shows Kolbe's tendency towards monumentality, as the consolidated extremities of this standing figure deliver proof of. Apart from its suggested classic Contrapposto, it is not subject to any other form of motion. Everything is treated rather summarically, for instance the details of the extremities. This plays to the strive for monumentality which Georg Kolbe began to pursue from the early 1930s on. Physicalness dominates and becomes sole bearer of expression. Voluminous and sensual aspects are avoided in order to put pure physicalness at the center of attention.
More Information
+
Sell
Would you like to sell a similar object?
+
Register for
Georg Kolbe
+
Buying from A-Z
+
Contact a specialist
+
Georg Kolbe Biography
Share 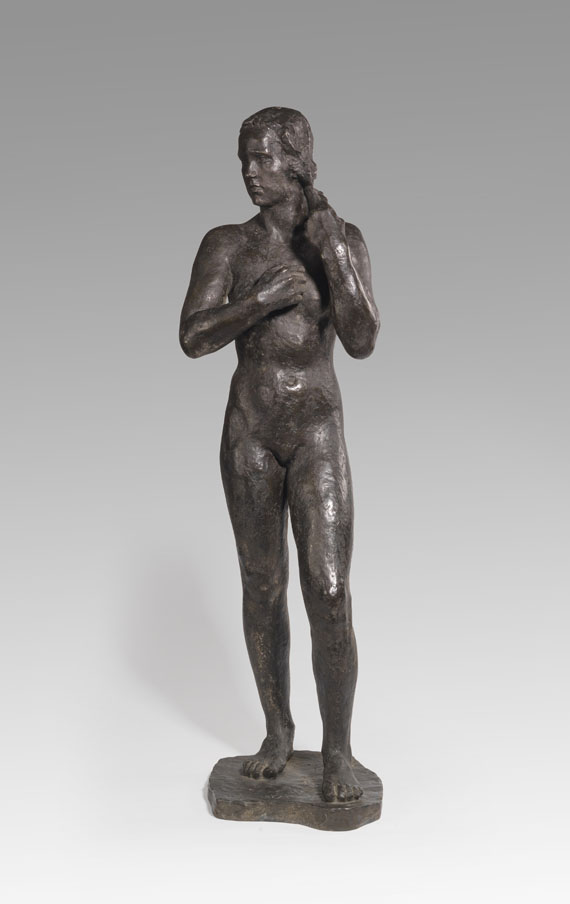 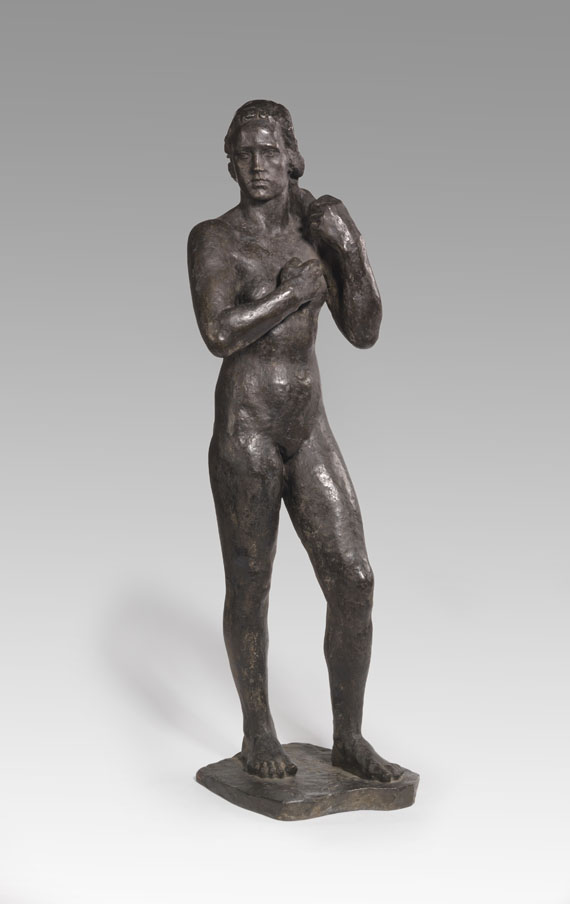