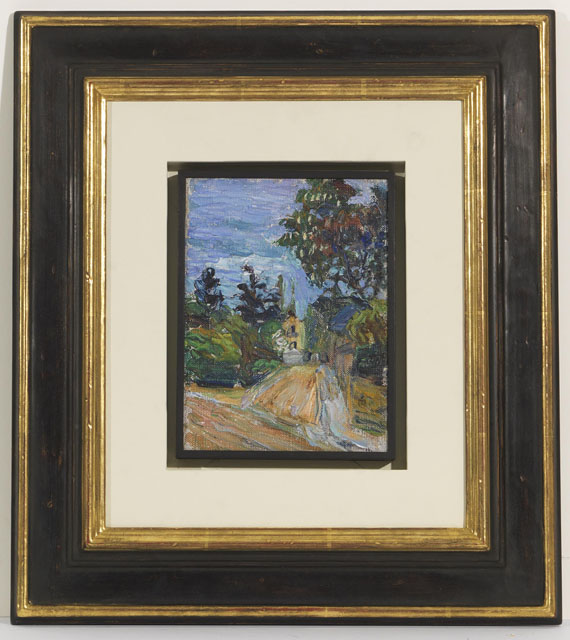 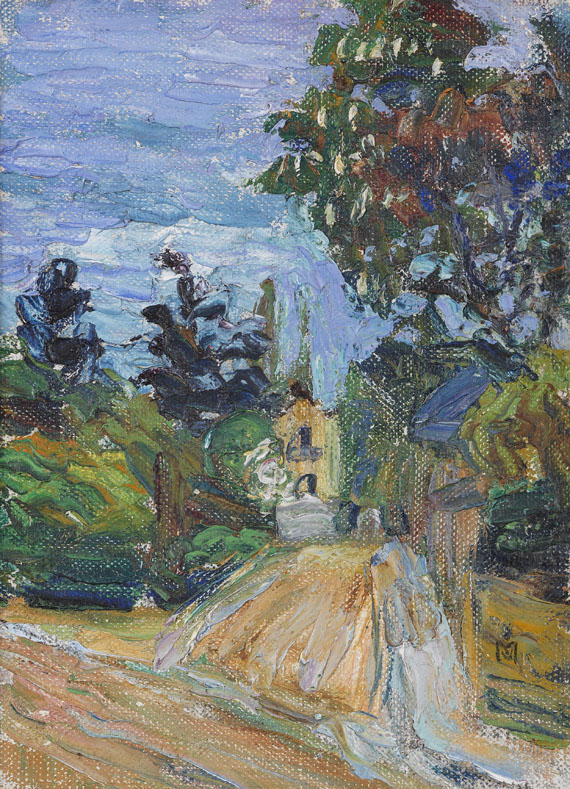 Lively and early landscape study.
With a written confirmation from the Gabriele Münter- and Johannes Eichner-Foundation, Munich, from 27 October 2015. The work will be included into the catalog raisonné of paintings by Gabriele Münter.

Gabriele Münter became acquainted with the spatula technique in lessons she took at Kandinsky's "Phalanx" painting school. The technique characterizes the late-impressionist duct of certain works she produced between 1903 and 1907. The "Straße nach Belle-vue" presumably originates from a sojourn in Paris in 1906/07, when Münter and Kandinsky lived in Sevres near Paris. Almost all parts of this small landscape study were applied with the spatula, a technique that played little to no role in her later creation. Capturing the landscape in the open was the key concern of French painting in the second half of the 19th century, which saw its heyday in Impressionism. With some delay the movement also exerted strong influence on German late 19th century painting. Owed to different lighting conditions, the landscape is perceived in its ever-changing state. The dissolution of the concrete form became one of the most decisive elements of creation. In those days Gabriele Münter remained true to the Zeitgeist. She found orientation with the art of her contemporaries and rendered her very own impression of the landscape. [KD]
More Information
+
Sell
Get a free appraisal for a similar object!
+
Register for
Gabriele Münter
+
Buying from A-Z
+
Contact a specialist
+
Gabriele Münter Biography
Share