Essay
The luscious blonde was Paul Kleinschmidt's preferred subject. He mainly painted her in night-time entertainment settings and in the artificial light of checkrooms and bars. However, his pleasure in physicalness, which also finds expression in the very sensual pastose application of the paint, never tempted Paul Kleinschmidt to misuse his subjects for a criticism of society. His perspective on his beloved ladies is characterized by a primary fascination for an ostentatious assertiveness that goes far beyond his models' luscious bodies. It almost seems as if Kleinschmidt had saved the changeful bliss of the notorious twenties and taken it to an era that looks back onto the excess from a cool distance. But his blonde heroines generally stand for a female type that is well aware of its position in a male dominated world. What makes the painting of Paul Kleinschmidt so special is the fact that both his technique, as well as his point of view complement one another, forming an entity in a positive sense.
More Information
+
Sell
Would you like to sell a similar object?
+
Register for
Paul Kleinschmidt
+
Buying from A-Z
+
Contact a specialist
+
Paul Kleinschmidt Biography
Share 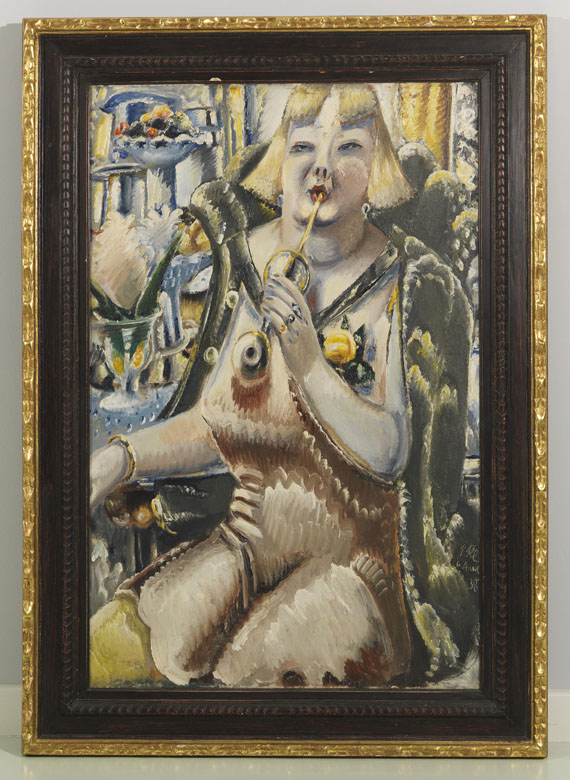