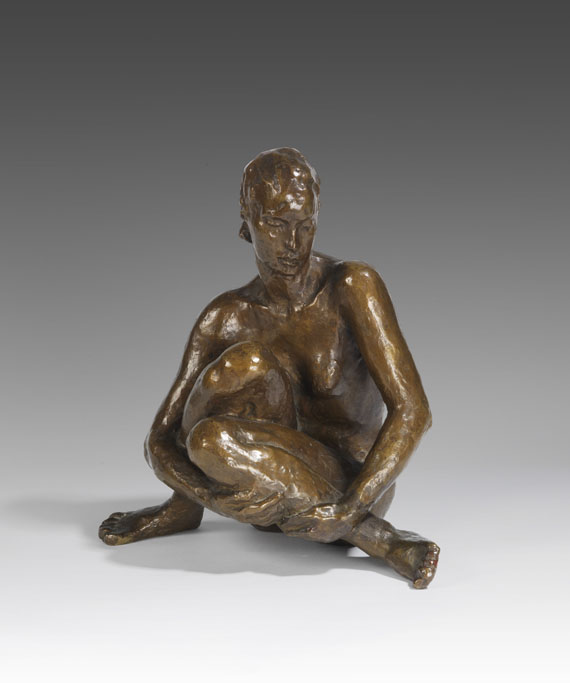 An excellent early cast of one of Kolbe's most popular sculptures.
With a written expertise from Dr. Ursel Berger dated 20 October, 2016.

EXHIBITION: Other copies are in possession of the following museums:
Karl-Ernst-Osthaus-Museum, Hagen.
Collections of the city of Magdeburg.

Essay
The marvelous intimacy of the seated lady must have been the reason for its popularity. While Kolbe's works from before the early 1920s were characterized by a voluminous gesture, this sculpture from 1926 shows a shift towards an increased formal closeness, which would play an important role in Kolbe's following creation. Despite the entwined extremities, the plastics impression is all about an inner focus on physicalness. The harmony of all parts leads to an impression of composure and calmness, the slightly tilted head increases this effect even more. This work was preceded by the figure " Kauernde" (Squatted) from 1925, executed in similar posture, which Georg Kolbe made for the Simon Fountain in Berlin-Tiergarten. It is for the figure's raised head alone that it does not emanate as much contemplation as it is the case with this bronze. [KD]
More Information
+
Sell
Would you like to sell a similar object?
+
Register for
Georg Kolbe
+
Buying from A-Z
+
Contact a specialist
+
Georg Kolbe Biography
Share 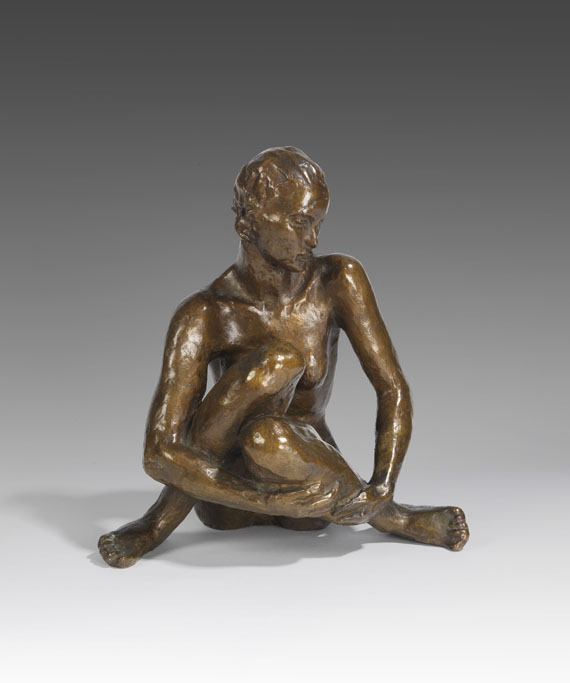