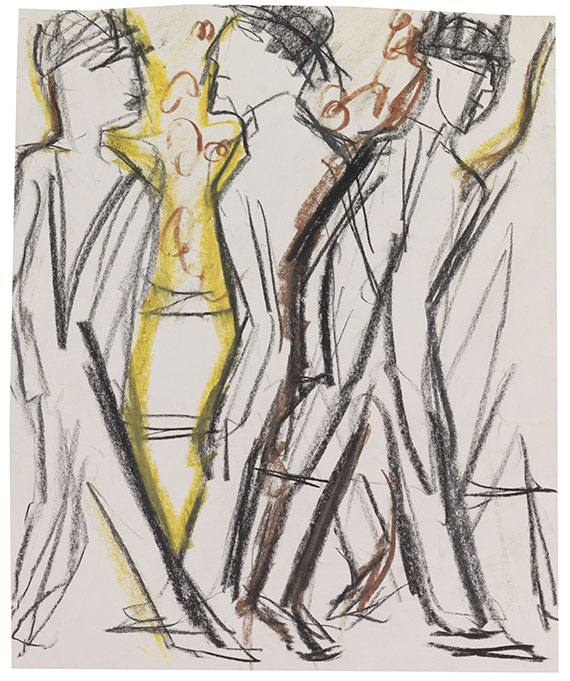 Expressive drawing with a strong line.

Essay
After Ernst Ludwig Kirchner had relocated to Berlin he became increasingly occupied with the pulsating dynamic of the metropolis. The people on Potsdam Square, most of all the prostitutes and their customers, became the most important theme of his paintings from the days shortly before World War I. Even after Kirchner had gone to Davos he took on this subject field again, however, more in drawings than in paintings. This drawing, which emanates a rhythm characterized by the jumpiness of his works from before the war, must be seen in context of his remembrance of his most successful years. The firm, almost uncompromising line, void of any individuality, is just one property of this reminiscence. Ernst Ludwig Kirchner, who sought and found cure in the solitude of the Swiss mountains after his sanatorium stays, depicts the romanticized dependency on big city life, to which he owed some of his best works, in this drawing. [KD]
More Information
+
Sell
Would you like to sell a similar object?
+
Register for
Ernst Ludwig Kirchner
+
Buying from A-Z
+
Contact a specialist
+
Ernst Ludwig Kirchner Biography
Share 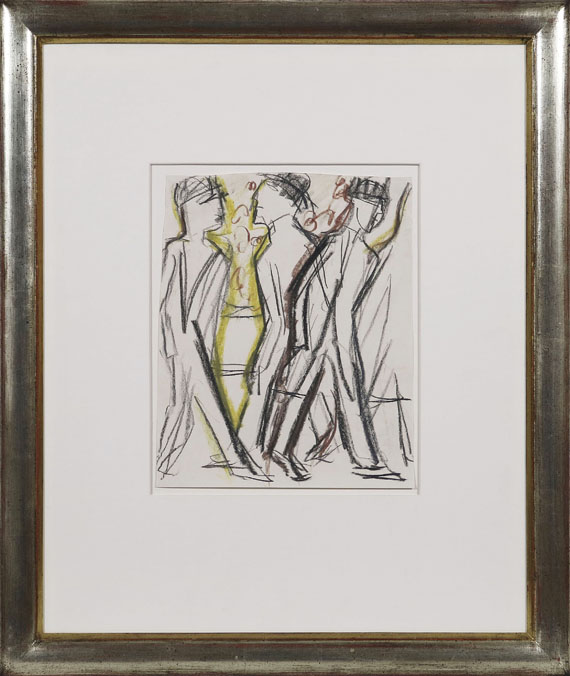