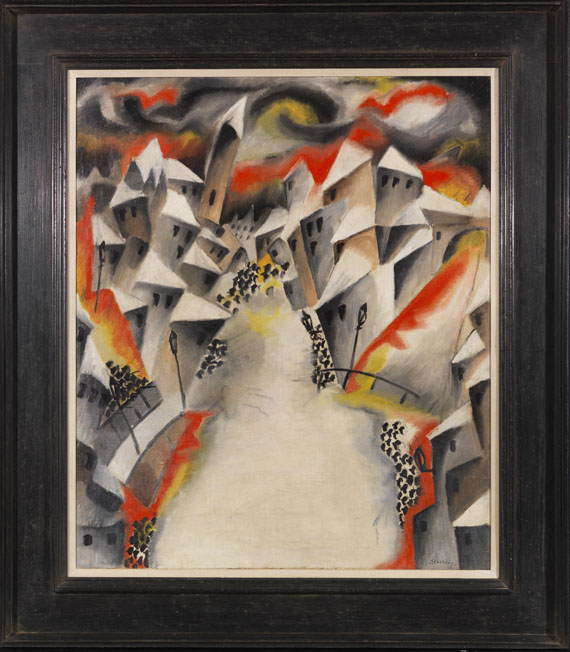 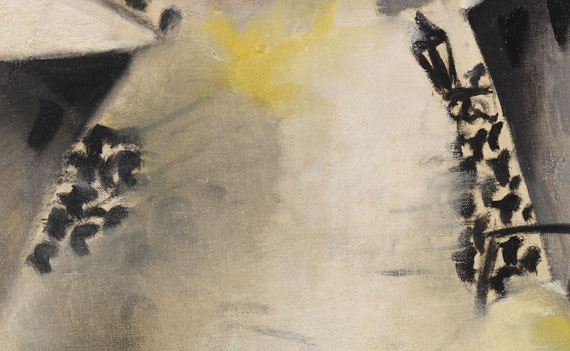 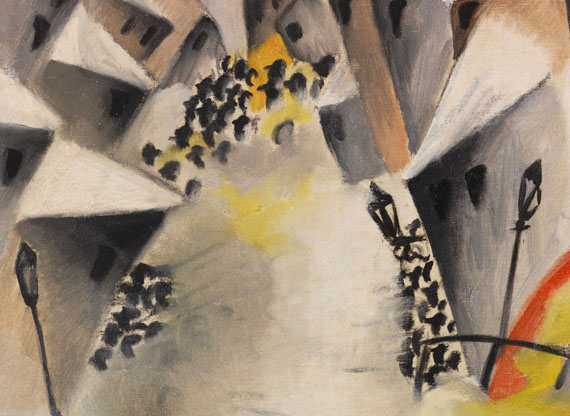 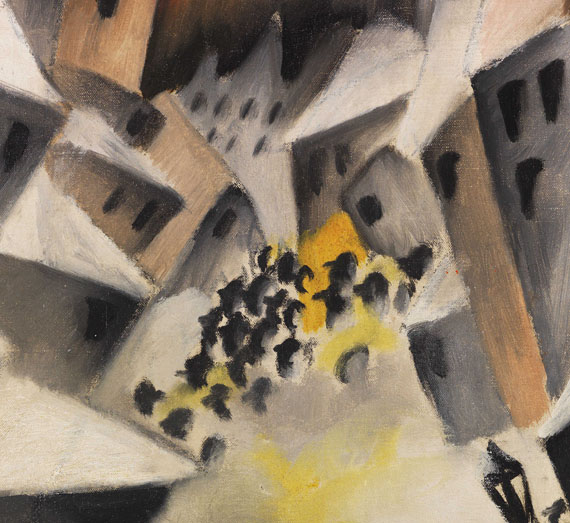 In May 1914 Davringhausen participated in the exhibition of ‘Rheinisch Expressionists‘ at Galerie Alfred Flechtheim, where he showed works together with the painters August Macke, Heinrich Campendonk, Walter Ophey, Max Ernst and Carlo Mense. Our painting was also made this year and is one two paintings that Davringhausen made under the immediate impressions after the outbreak of World War I. Davringhausen rendered this first version of the motif in a higher perspective, the first time ever that he used the perspective which would become characteristic of his work in the following. The cubist influence on his formal presentation is obvious. The eye of the observer is guided onto a street leading into an apocalyptic scenario. Shaky houses tower on both sides of the street, blazing fires darken the sky with smoke. The pointy rooftops suggest that the houses can collapse any moment, while the soldiers below them face each other in battle, their rifles filling the street with dense smoke. This painting is a very early reaction to the realities of World War I, both in the oeuvreof Davringhausen as well as in German Expressionism in general.
More Information
+
Sell
Get a free appraisal for a similar object!
+
Register for
Heinrich Maria Davringhausen
+
Buying from A-Z
+
Contact a specialist
+
Heinrich Maria Davringhausen Biography
Share