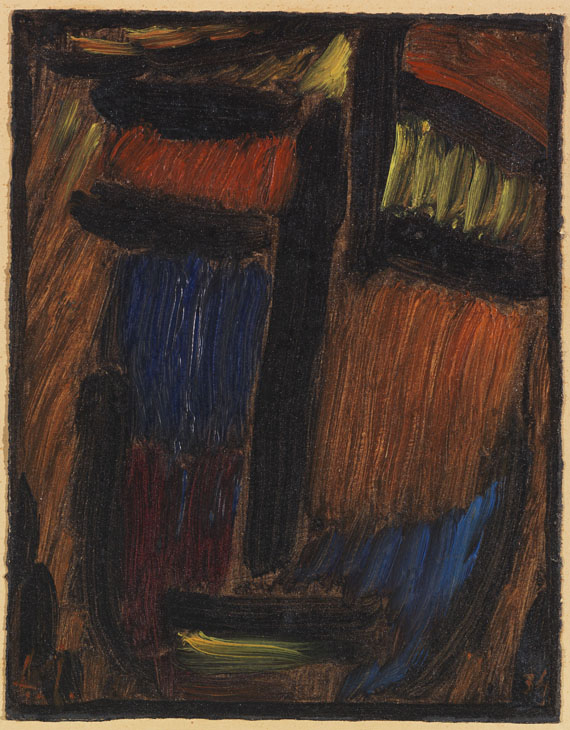 Accompanied by a confirmation from the Alexej von Jawlensky-Archive S.A., Muralto, dated 18 August 2017. The work will be included into the catalog raisonneé and will be published in the 4th volume of the series "Bild und Wissenschaft. Forschungsbeiträge zu Leben und Werk Alexej von Jawlenskys".

In his quest for the expressiveness of the human face Jawlensky needed several intermediate stages and eventually attained the Meditations which would crown his later period of creation. Impaired by illness and often in pain, as he reported, he painted the small Meditations in a sort of trance, free from the troubles of existence. They are variations of an original type, in a sense of a transcendental expansion they become new and eternal creations. Relying on the proven and tested form, the colors’ magic comes to his aid in the visualization of the stages of immersion. It is a deeply religious art that reaches far beyond merely visual aspects.
More Information
+
Sell
Get a free appraisal for a similar object!
+
Register for
Alexej von Jawlensky
+
Buying from A-Z
+
Contact a specialist
+
Alexej von Jawlensky Biography
Share