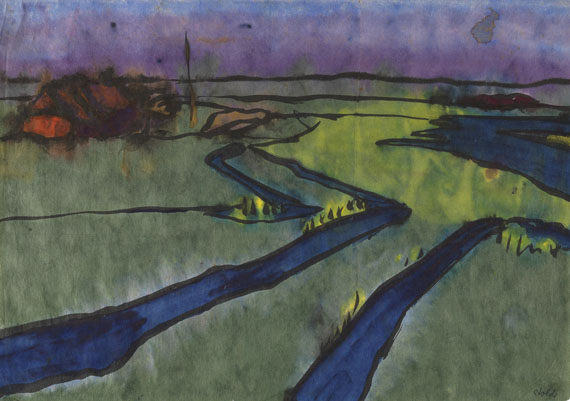 Essay
The marsh landscapes, characterized by the sea and the quickly changing weather condition, were, despite their quite unspectacular simplicity, a rich source of inspiration for Emil Nolde. No one before him had seen this landscape from such a perspective or depicted it with such deep sensation. Nolde elevated the northern landscape to a point of mystical transfiguration by fully subjecting the color palette to his genius, thus creating an entirely new image of it. It is not about rendering the spectacular topographic conditions, instead the artist lets sky and the flat landscape dominate the scene, and that is in such an unusual way that everything we know about this landscape is outshone. With his watercolors Emil Nolde gave the marsh landscape an entirely new image which was so unique that it influenced a whole generation of artists.
More Information
+
Sell
Would you like to sell a similar object?
+
Register for
Emil Nolde
+
Buying from A-Z
+
Contact a specialist
+
Emil Nolde Biography
Share 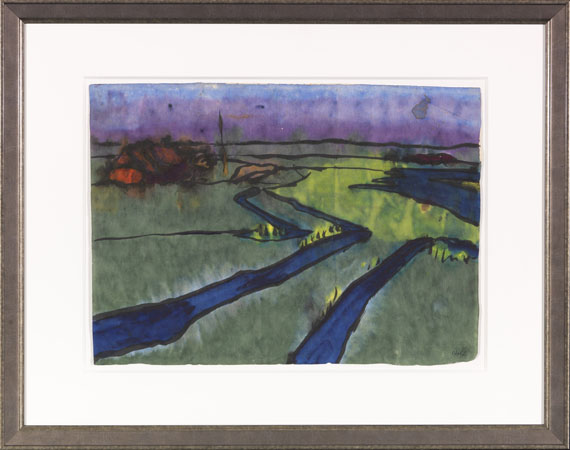