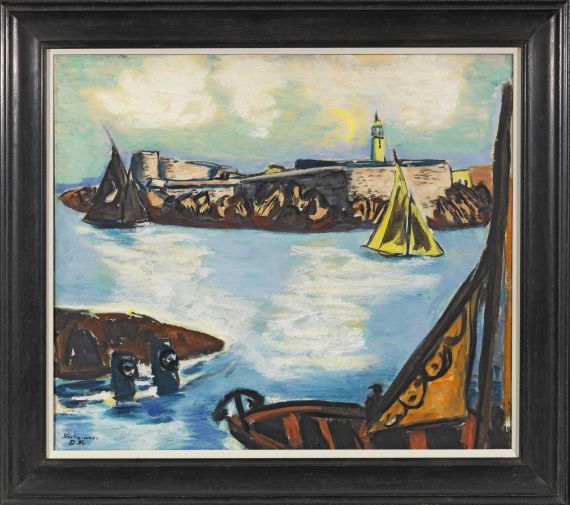 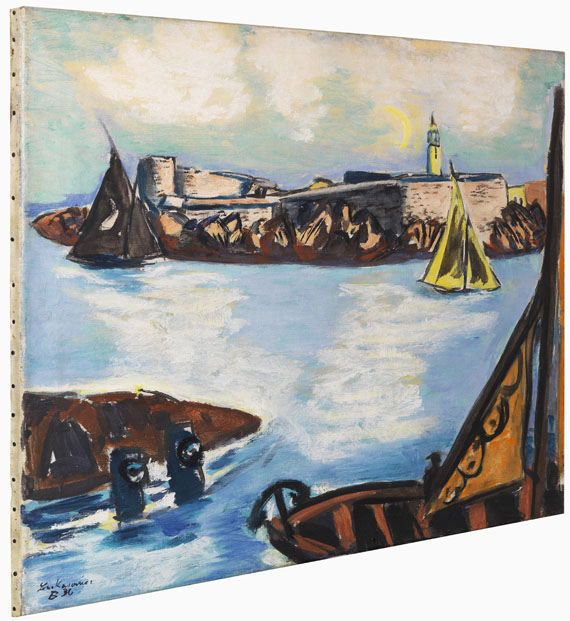 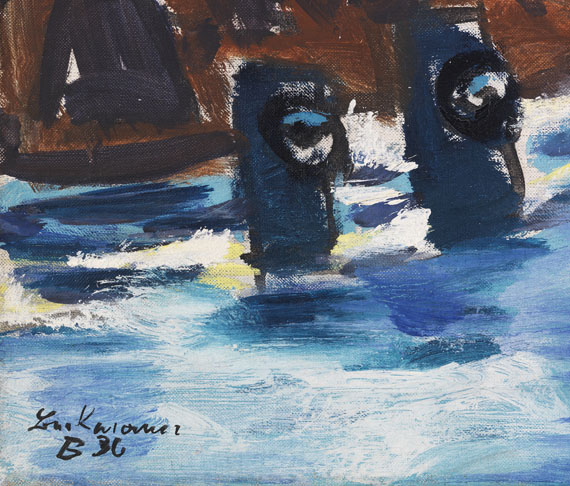 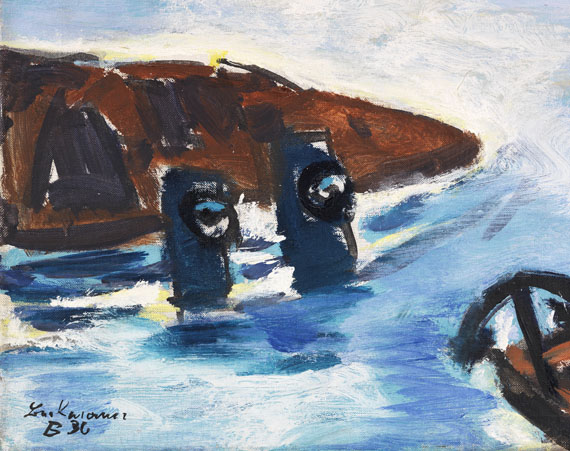 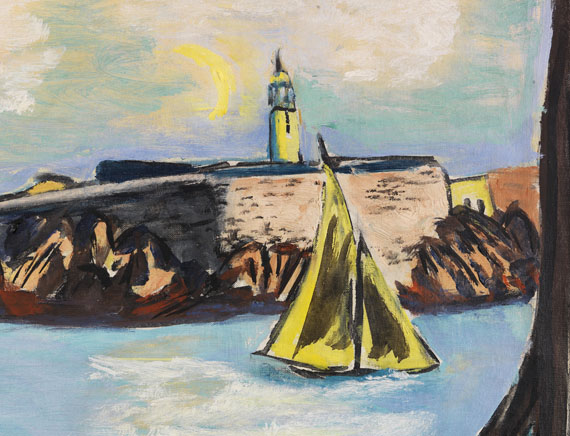 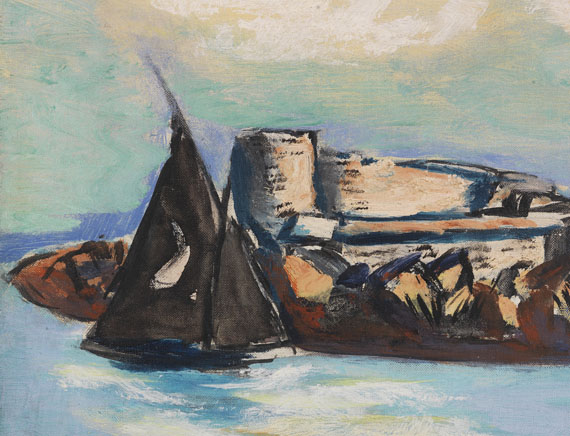 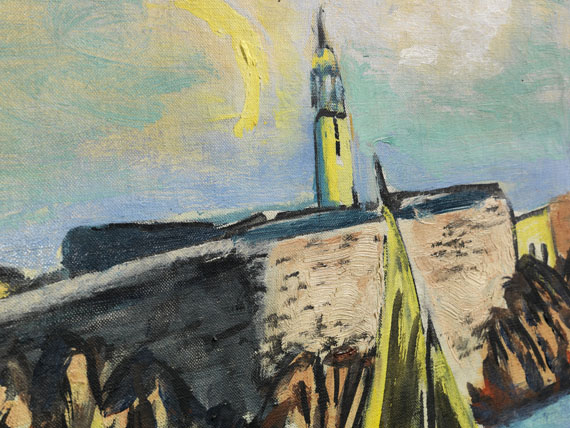 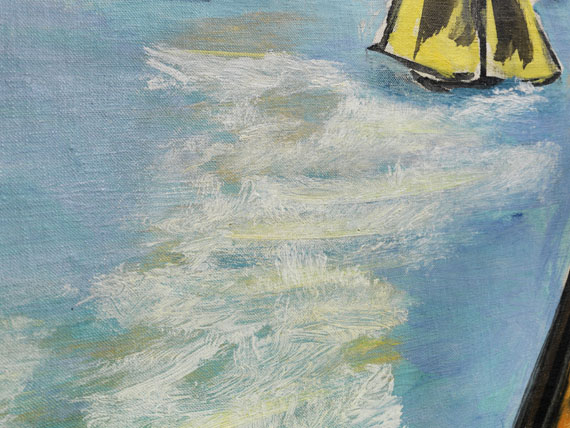 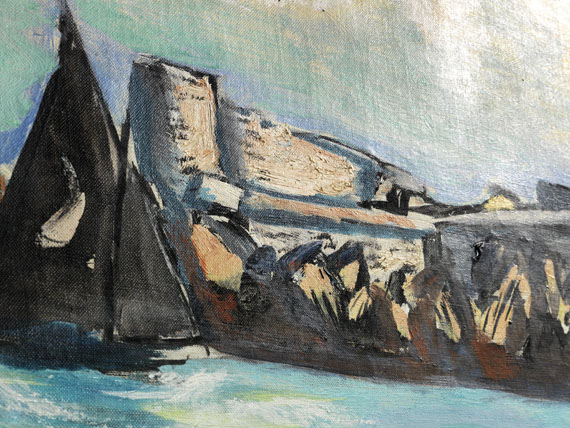 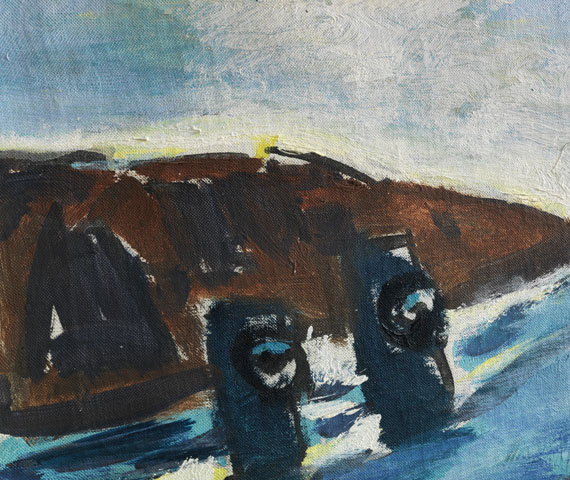 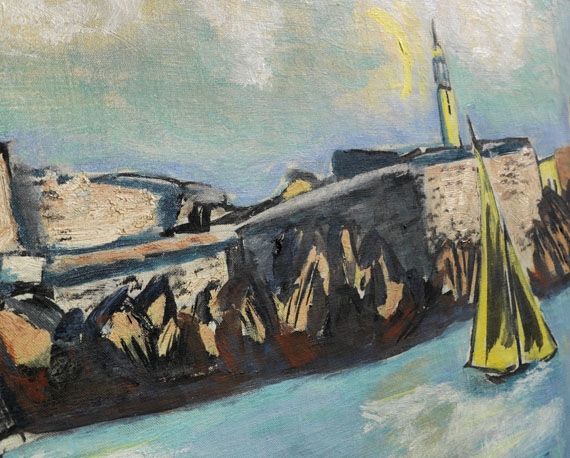 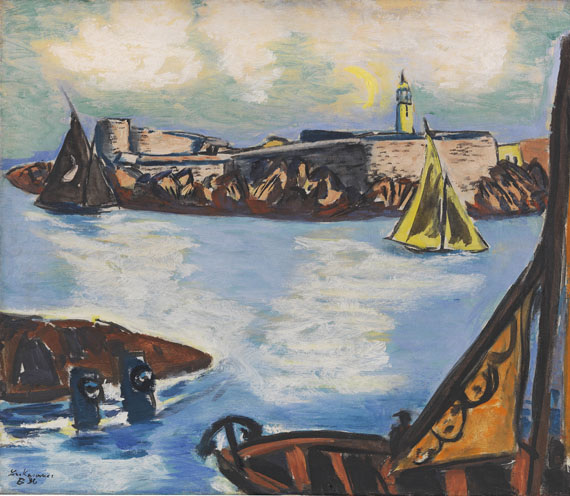 In spite of his family’s opposition, Beckmann managed to get their permission to become
a painter after finishing school. He went to the Grand Ducal Art School in Weimar from 1900 to 1903 where he studied mainly under the Norwegian landscape painter Carl Frithjof Smith. After his graduation and several trips to Paris, Geneva and Florence, Beckmann settled in Berlin in 1907 and joined the Berlin Secession. At the outbreak of the First World War Beckmann volunteered as a paramedic and served in East Prussia and Flanders. After his release from the military in 1915, Beckmann went to Frankfurt am Main, where he taught at the Städel-Kunstschule until 1933. With the success of the National Socialists the artist was increasingly defamed and finally dismissed from his teaching post. The artist experienced an increasing defamation with the Nazis‘ gain in power.
Max Beckmann regularly spent several months of the year in France between the mid 1920s and 1939. In 1930 a grand retrospective was mounted at the Kunsthalle Basel and the Zürich Kunsthaus. Renowned gallery owners like Neumann and Flechtheim took care of the sales of his works. Beckmann‘s future seemed secured, however, first signs of change began to show. He lost his teaching post and his pictures were banned from public collections. At first sight the introspective view of Chateau d’If, a stronghold in Southern France, reveals nothing of the pending changes. The work‘s subtext becomes obvious with the information that this is one of the settings in the novel “The Count of Monte Cristo” by Alexandre Dumas, a novel about injustice and revenge. In times of uncertainty and fear of the future, Beckmann, who allegedly executed the painting in Berlin from memory, allows deep insight into his psyche with this profound work.
Political pressure forced him to emigrate to Holland in 1937. Here he was also restricted by the political situation, however, an invitation to St. Louis as a guest professor in 1947 was a welcome occasion to emigrate to the USA. This post at the Washington University School of Fine Arts was followed by teaching posts at the University of Colorado in Boulder in 1949, the Brooklyn Museum Art School in New York and Mills College in Oakland, California in the summer of 1950. Max Beckman died on 27 December that year in New York. Beckmann’s early style was influenced by German Impressionism, particularly by Lovis Corinth. The experience made during the war led to a more expressionist style that was close to ‘New Objectivity’. Beginning in the 1920s, the individualism of his style expressed itself in his intense occupation with the objects‘ reality, which is reflected in an expressive graphic structure. Beckmann‘s prevailing subject was the lonely, threatened man in an apocalyptic world. In his late work this view culminates in large symbolical and mythological triptychs. Max Beckmann was awarded the Carnegie Prize (1929), the first prize at the international 'Golden Gate‘ exhibition (1939) and the Conte-Volpi Prize at the XXV. Venice Biennial (1950). He also was appointed honorary doctor at Washington University in St. Louis. [EL]
More Information
+
Sell
Get a free appraisal for a similar object!
+
Register for
Max Beckmann
+
Buying from A-Z
+
Contact a specialist
+
Max Beckmann Biography
Share