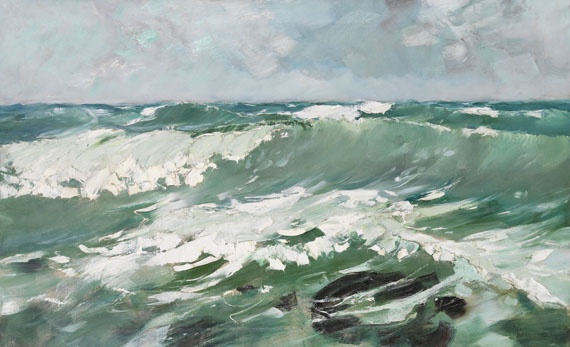 Essay
Karl Hagemeister vividly described his student Siegward Sprotte how he made the large-format wave paintings on the island of Ruegen. He also recommended him to go and work on Ruegen, wishing him to experience a storm flood so he would understand Beethoven‘s Symphony No. 9, in which the composer illustrates the battle of the elements. "There was a storm raging in Lohme on Ruegen when I painted the big wave that is now on display at theNationalgalerie. I made four large seascape in only two days: one in the morning and one in the afternoon. In between I had a cup of strong coffee. While I was working on one of the pictures, there was such a big breaking wavethat got me wet to the hip, taking half my oil paints with it. But I carried on painting. I was awarded the grand medal for this picture. After I had finished the four seascapes in two days I said: Well – the storm may as well stop now!" (Karl Hagemeister, quote after Warmt, p. 171).
More Information
+
Sell
Would you like to sell a similar object?
+
Register for
Karl Hagemeister
+
Buying from A-Z
+
Contact a specialist
+
Karl Hagemeister Biography
Share 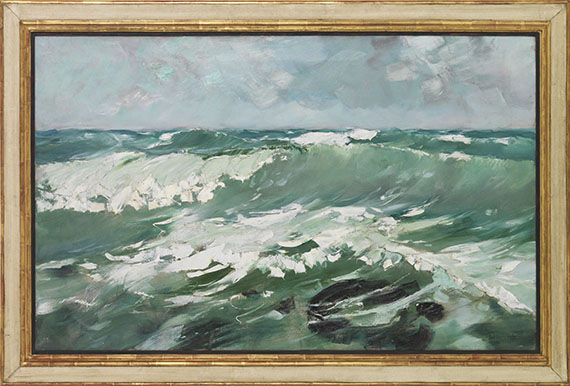