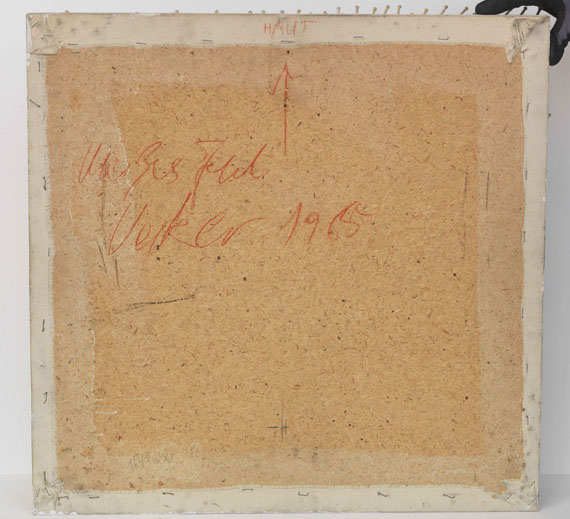 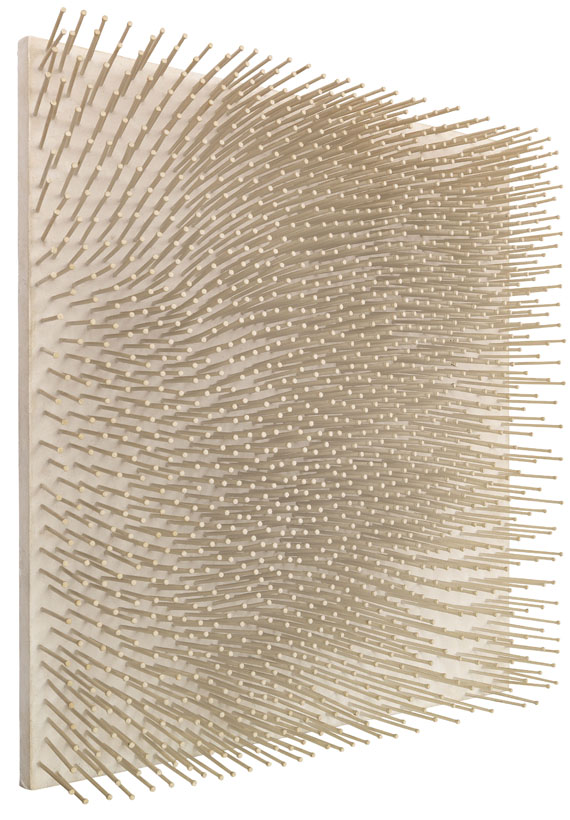 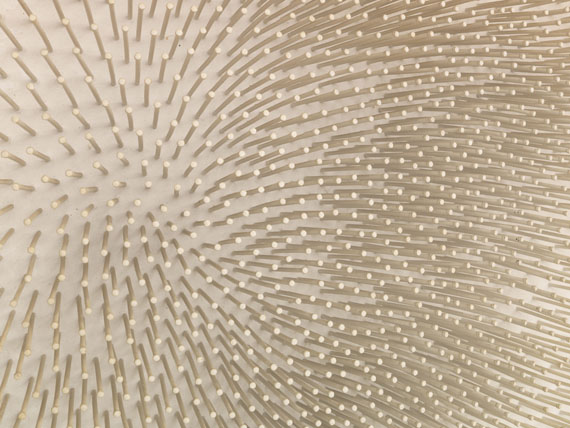 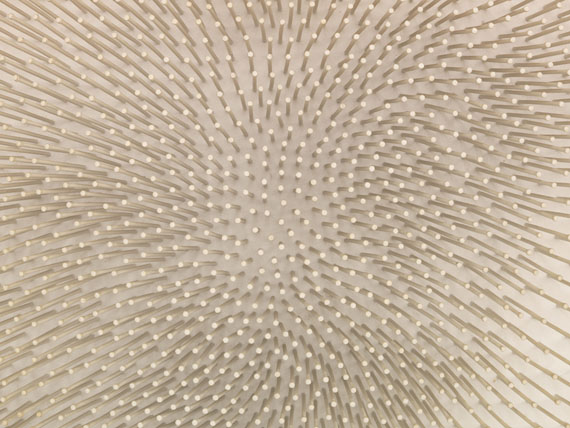 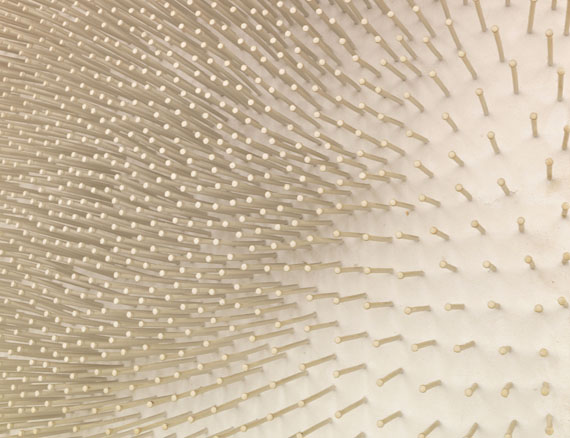 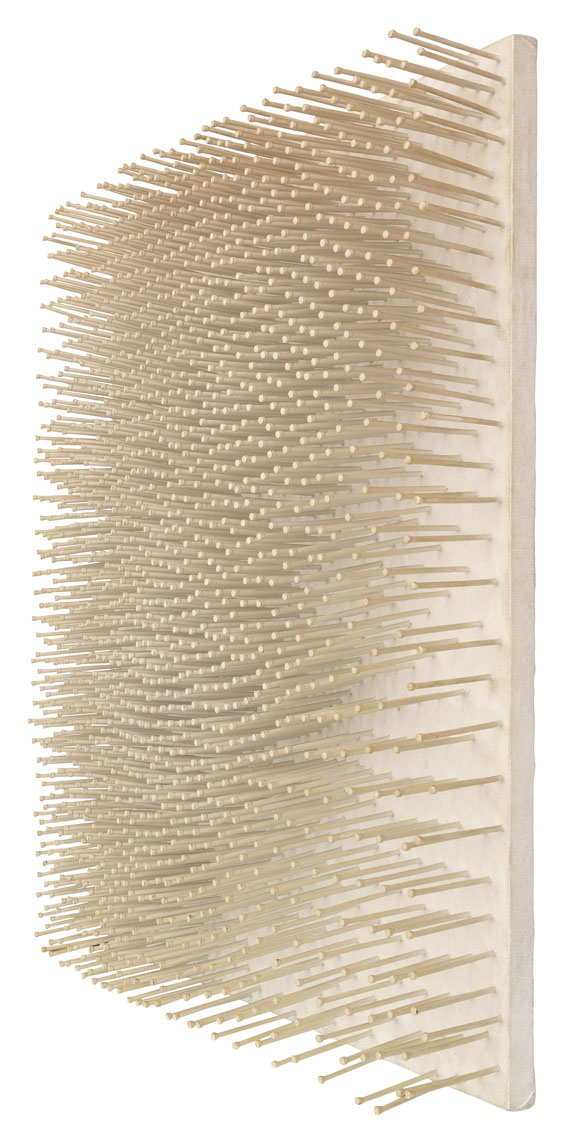 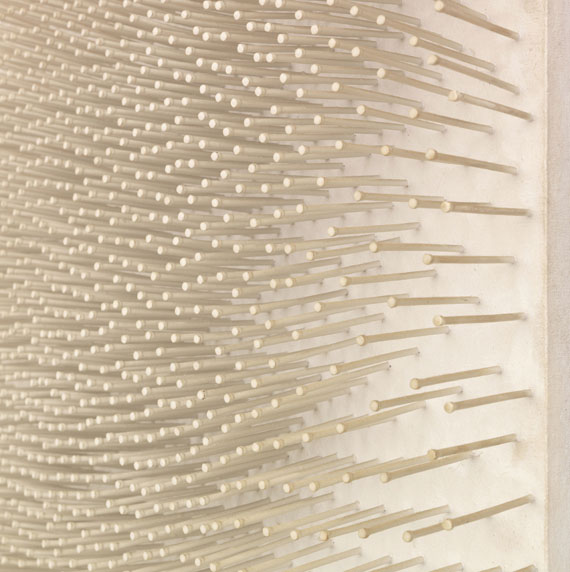 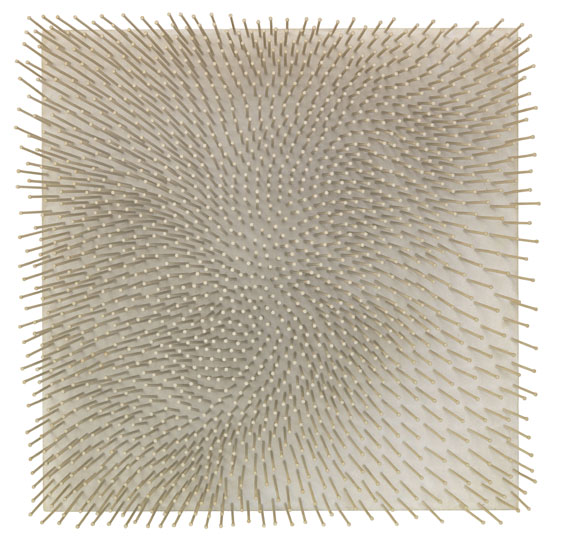 The field's motion
The shimmering light
The wind on the water
Language of the dissolving signs of beauty
Hovering clouds
The white beach
Where the visible, crowned by light, goes lost in the invisible.
(Günter Uecker, 1964)

In Uecker’s oeuvre the nail, commonly an anonymous industrial product, is a medium with a deeply spiritual expression. The nail is normally associated with its function to fixate, however, Uecker employs the material in his nail pictures to illustrate and articulate motion. In this work "WeißesFeld" the light and shade of the whirl of nails create a rhythmic dynamic on the surface that changes with the observer’s position. The monochrome wave of nails appears to unfold weightlessly across the canvas, the nails expand the medium painting by a third dimension. In his early nail pictures, which are of great art-historical significance, Uecker challenged an apparent paradox. Owed to the nails’ dense arrangement in a certain pattern and the play of light, he took the material-dependent rigidness from the nail and sets the surface in motion right in front of our eyes. Uecker’s early nail pictures are not only particularly convincing for their unrivaled artistic innovation, but also because of their timeless aesthetic, which lets the white nail heads hover in front of the monochrome canvas and entirely liberates the work’s optical effect from the enormous weightiness of its formation process. [JS]
More Information
+
Sell
Get a free appraisal for a similar object!
+
Register for
Günther Uecker
+
Buying from A-Z
+
Contact a specialist
+
Günther Uecker Biography
Share