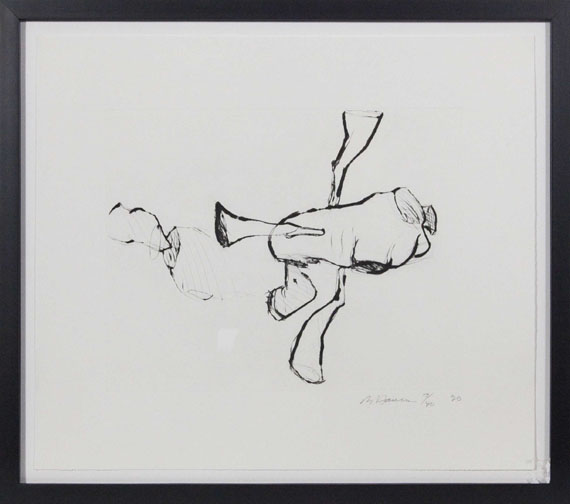 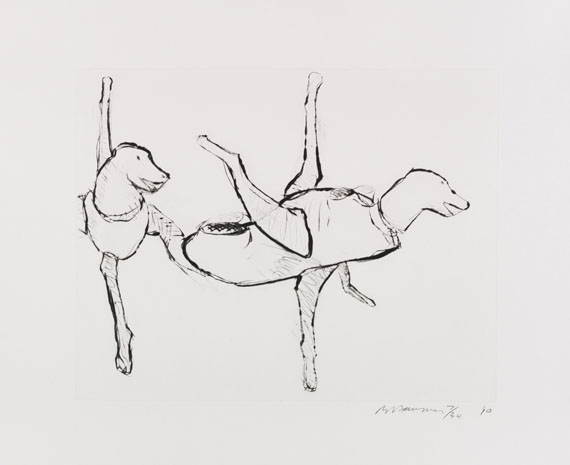 Bruce Nauman developed these forms based on body forms taxidermists use. He said about these sheets: "But with the new prints that I'm working on now, the forms have been reassembled. I had some forms cast in metal and when they came back from the foundry they were cut in pieces, Iguess because it was easier to cast them that way. The casts were around the studio for a while, an then I started putting them back together in different ways - rearranging them into new shapes that become more abstract." (Bruce Nauman in an interview with Ch.Cordes, in Cordes/Tayler, Bruce Nauman, New York, 1989, p. 33)
More Information
+
Sell
Get a free appraisal for a similar object!
+
Register for
Bruce Nauman
+
Buying from A-Z
+
Contact a specialist
+
Bruce Nauman Biography
Share