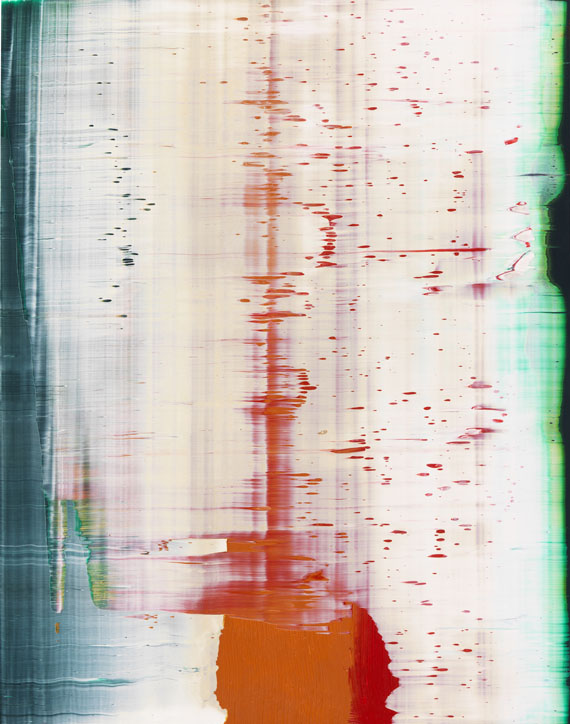 "Currently hardly any other artist besides Gerhard Richter has such a strong presence in international museums and is likewise well-known to the general public."
H. Butin/S.Gronert/T.Olbricht, 2014 (quote from: Gerhard Richter, Cologne 2014, p. 7)

Essay
Along with Jeff Koons and Damien Hirst, Gerhard Richter is leading the international list of most expensive living artits. His paintings realize record prices in international auctions on a regular basis, today they are part of many acclaimed private and public collections. The record price of 36.3 million Euro for a large-size abstract work by the German artist was realized at Sotheby's in London in February 2015. From working over and altering the motifs by means of a squueegee in his early representational works to the later abstract works, the idea of blurring and disguising the manually applied colors by means of broad squeegee boards has become characteristic concept of Gerhard Richter's painting. This work shows structure and technical execution of Richter's manner of painting in a particularly striking way, as the bright red and orange color, which Richter applied with a brush, are still visible in bottom center. The squeegee is used in a second step, now the artist wipes the spots of paint and creates largely uncontrollable veils of colors. In case Richter is not happy with the result, for instance for lack of balance and harmony, the artist will work it over anew and anew until the squeegee has eventually produced a convincing color composition that is entirely free from any representational associations: "It is not that I mistrust reality, of which I know hardly anything at all, but I do mistrust the image of reality that our senses give us and which is clearly imperfect." (G. Richter, quote from: WerkÃ¼bersicht der GemÃ¤lde, p. 87.). [JS]
More Information
+
Sell
Would you like to sell a similar object?
+
Register for
Gerhard Richter
+
Buying from A-Z
+
Contact a specialist
+
Gerhard Richter Biography
Share 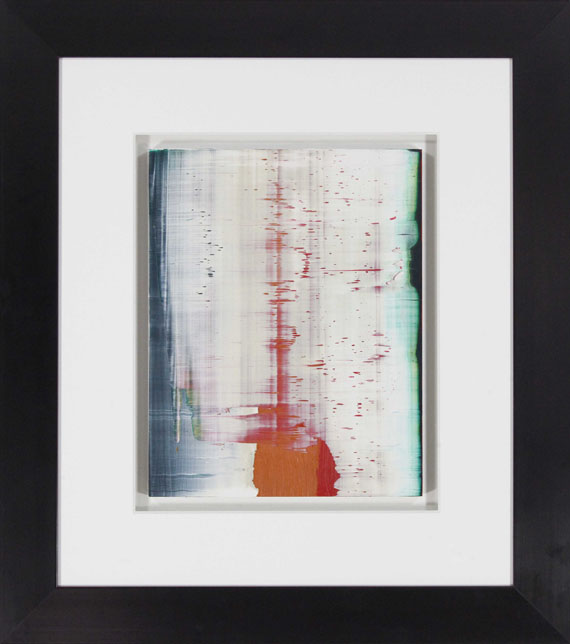 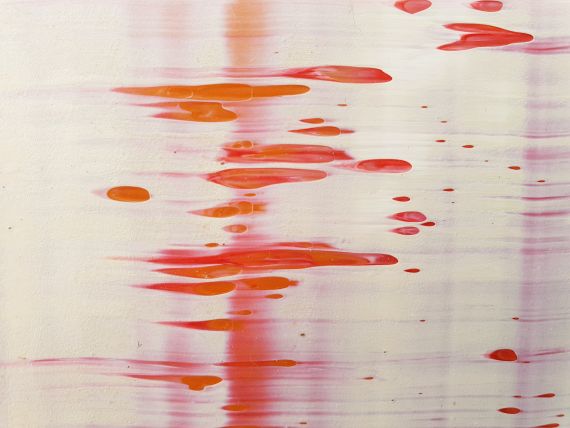