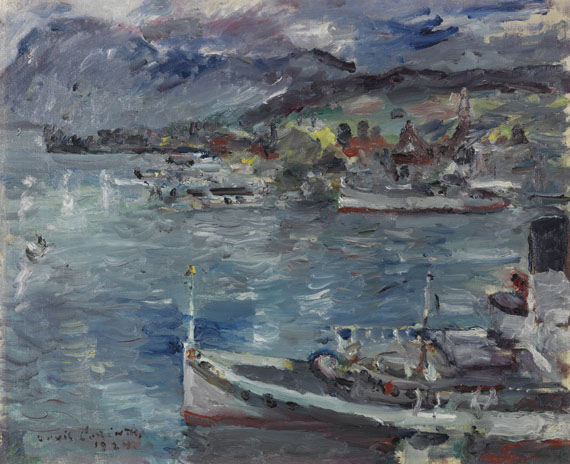 One of just two views of Lake Lucerne that Corinth made in 1924. The other painting "Luzerner See am Nachmittag" is part of the collection of the Kunsthalle Hamburg.

LITERATURE: www.geschkult.fu-berlin.de/e/db_entart_kunst/datenbank (Nr. 15477).
"Later I saw two [..] pictures of Lake Lucerne that were so strong and clear and merry as if they were just one picture by Corinth."
Cuno Amiet, 1960, quote from: L. Corinth. Eine Dokumentation, Tübingen 1979, p. 316

Essay
While Lovis Corinth was staying in Switzerland with his family in the summer of 1924 he only made two views of Lake Lucerne: this glistening painting of the lake in the morning and the work "Luzerner See am Nachmittag" (Lake Lucerne in the Afternoon), today part of the collection of the Kunsthalle Hamburg. In a letter to Corinth's son Thomas from 1960 the Swiss painter Cuno Amiet noted down in retrospect of Corinth's visit to his studio and the context of the origin of these two significant works as follows: "[.] When I suggested our dear guests to stay until the next day Corinth refused energetically and wanted to return to Lucerne that evening, in order to make a long-planned painting of the landscape. Later I saw two landscapes, or rather pictures of Lake Lucerne, that were so fresh, lush, clear and merry as if they were just one picture." (Quote from: L. Corinth. Eine Dokumentation, TÃ¼bingen 1979, p. 316.). Contrary to Corinth's Alpine landscapes of Lake Walchen, made between 1919 and 1924 on summer stays at his house in Urfeld, the two views of Lake Lucerne are literally bathed in the blue of lake, sky and mountains, pushing the green color of the surrounding landscape aside. The picture solely lives on the vigorously applied shades of blue, white and red, which unfold an impressive landscape scenery in front of the observer's eyes that is characterized by a glistening light, an early morning view, deserted and in expectation of dawn. Lovis Corinth, longtime president of the Berlin Secession, died of pneumonia during a trip through the Netherlands one year after this work was made and was buried in Stahnsdorf near Berlin. Today Lovis Corinth is acknowledged as a master of Modernism, his works are part of many acclaimed public collections, such as the Bavarian State Painting Collection in Munich, the Staatsgalerie Stuttgart, the Kunstmuseum Basel and the Nationalgalerie, Berlin. [JS]
More Information
+
Sell
Would you like to sell a similar object?
+
Register for
Lovis Corinth
+
Buying from A-Z
+
Contact a specialist
+
Lovis Corinth Biography
Share 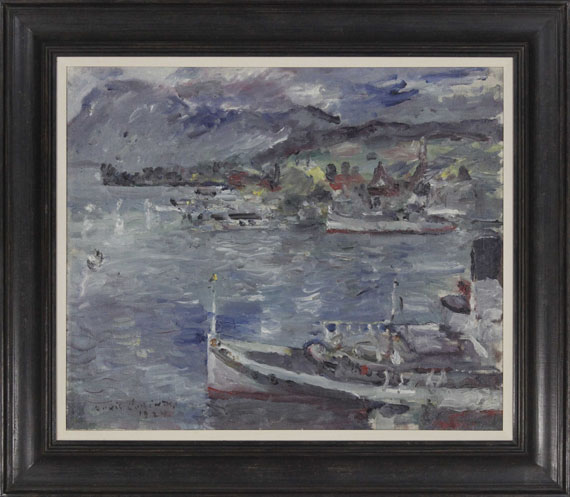 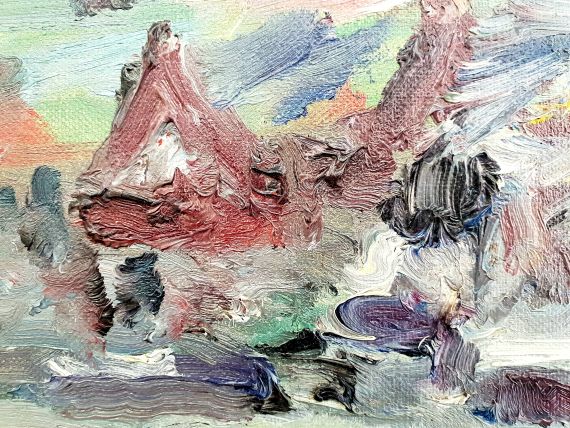 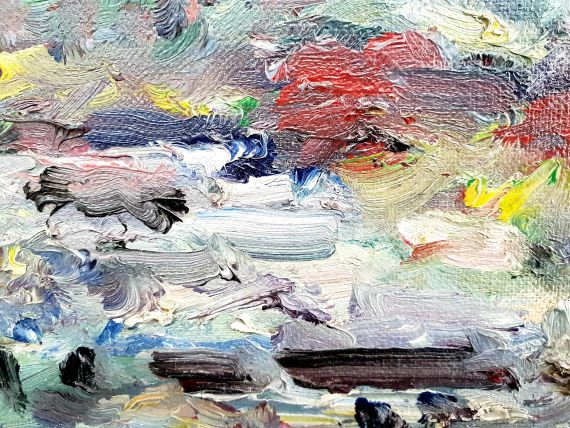