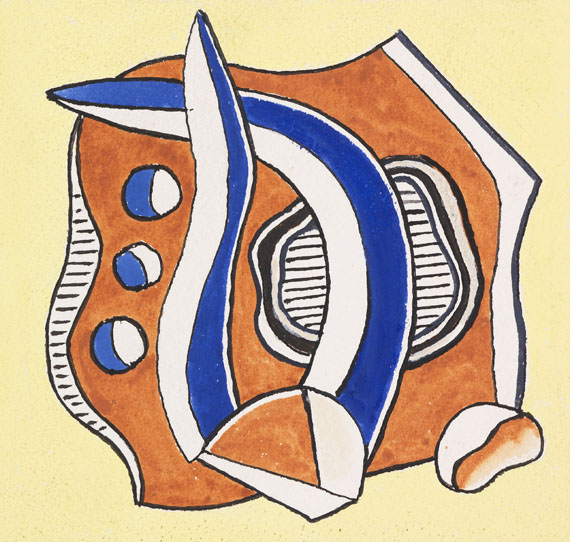 • Draft for "Composition à l'aloës", the title of a series of five parts made between 1933 and 1937
• One work from this series is in possession of the Guggenheim Museum New York
• Part of a Southern German private collection for at least 55 years.

Accompanied by a photo expertise issued by Madame Irus Hansma, Muri, from September 24, 2018. The work will be included into the forthcoming catalog raisonné of works on paper.

Essay
The1930s were both a very adventurous and a very productive period in Fernand Léger‘s creation. His artistic approach sought a synthesis of the arts: He made movies, created murals for private residences and public buildings like the UN headquarters in New York, made costumesand stage designs as well as church windows. Trained in architecture drawing, he showed great love for architecture throughout his entire artistic career. He was close friends with many acclaimed modern architects, among them Le Corbusier, Charlotte Perriand and Wallice K. Harrison. Léger used every opportunity to participate in projects that had to do with modern architecture. On the one hand, he fought for a stronger acceptance of modern architecture in society, as it was widely regarded as too cold, on the other hand, he wanted to explore realms for painting that went beyond panel and easel and that would open up a place for it in public spaces. Fernand Léger was deeply convinced that modern art – once it left the studio and became part of everyday life – could create a progressive and more optimistic atmosphere for a better society. In 1931 Léger visited the USA for the first time and designed an apartment for Nelson Rockefeller in New York. In 1935 and 1938 he realized a similar project together with Wallace K. Harrison. The same year Fernand Léger, Le Corbusier and Charlotte Perriand created "L'appartement pour un jeune homme" for the French pavilion at the ‘Exposition universelle internationale de Bruxelles‘. The objective was to show how young people in France live. Next to a room intended for sports, they also designed a study room which shows a composition with an aloe vera plant by Léger. The work offered here is a preliminary study for the work shown at the expo where it was embedded in a system of bookshelves decorated with objects found in nature. Together with Léger‘s composition, their colors and natural forms break up the cool precision of modern architecture and make for a significant supplement in forming a harmonious total work of art. [SM]
More Information
+
Sell
Would you like to sell a similar object?
+
Register for
Fernand Léger
+
Buying from A-Z
+
Contact a specialist
+
Fernand Léger Biography
Share 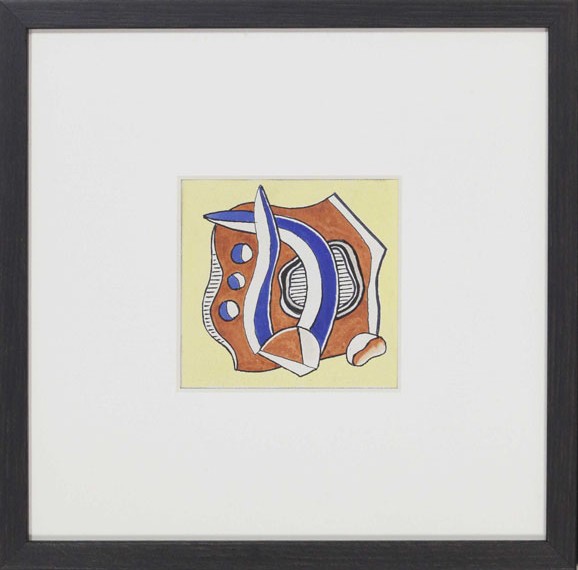