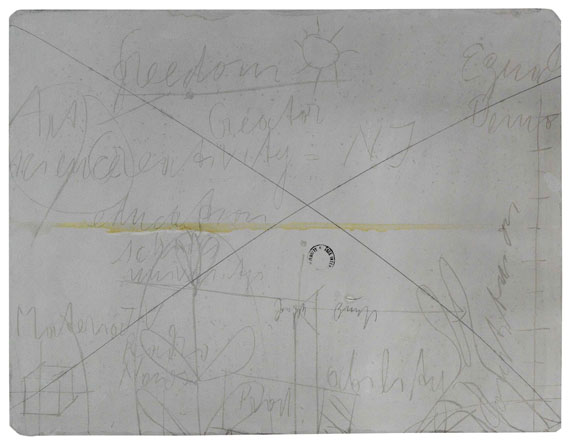 • Made in context of a discussion at the University of Minnesota in January 1974.
• Unique object.
• Contemporary docuwemnt and materialized quintessence of Beuys' intellectual world.
• One of the total of six litho plates of "Minneapolis Fragment" is part of the collection of Tate Modern in London.

LITERATURE: Klaus Staeck/Gerhard Steidl, Beuys in Amerika, 1987, illu. without p.
"I am not a theorist, I seek reality. I think that what I do goes far beyond theory and is a quest for the true nature of things."
Joseph Beuys, 1969

Essay
At the invitation of the gallerist Ronald Feldman and Dayton’s Gallery, Beuys traveled through the USA for ten days and explained his theoretical approaches in a series of lectures entitled "Energy Plan for the Western Man" at several locations and institutions in New York, Chicago and Minneapolis. Joseph Beuys discussed his concept of art and his idea of the social sculpture with art students, artists and like-minded people. Also on January 18, 1974 at the University of Minnesota in Minneapolis. In addition to the concept of the “social plastic”, the “Energy Plan” also played an important role; the importance of art as a means of evolution was addressed, as well as its role in school and the education system. In context of such discussions Joseph Beuys documented his thoughts on blackboards that were not wiped clean after the lecture, but remained unchanged. He also used this method of the fixation of the spoken word in the classes he taught at the Düsseldorf Academy. In contrast to the classic blackboard writings of a teacher, they refer to the principle of the parallel process of creation, they illustrate the construct of ideas involved in the development of thoughts and the resulting social process. This means that the boards can be seen as parts of a sculpture or, as Beuys calls it, a “social sculpture”. At the University of Minnesota, the last stop on his journey, the notes were documented on six metal lithographic plates. These lithographic plates, inscribed in context of the event at the University of Minneapolis in January 1974, are contemporary documents and the materialized quintessence of Beuys' world of thought. After his return to Germany, the six-part lithograph series of the “Minneapolis Fragments” was published by Schellmann & Klüser in Munich (Schellmann 233-238). After printing, Joseph Beuys marks our Minneapolis plate with a capital X over the entire image as “deleted” so that no further prints can be made from it. Following the production of the edition, Beuys signs the work and adds ‘Hasenblut’ (hare’s blood) and the stamp of the "Freien internationalen Universität" (Free International University), two meaningful symbols firmly anchored in Beuys' work. They underline the train of thought documented in writing on the blackboard through the important function Joseph Beuys had assigned to them in his very own mental art world. [EH]
More Information
+
Sell
Would you like to sell a similar object?
+
Register for
Joseph Beuys
+
Bidding Options
+
Bid by telephon / written
+
Buying from A-Z
+
Catalogue Order
+
Contact a specialist
+
Joseph Beuys Biography
Share 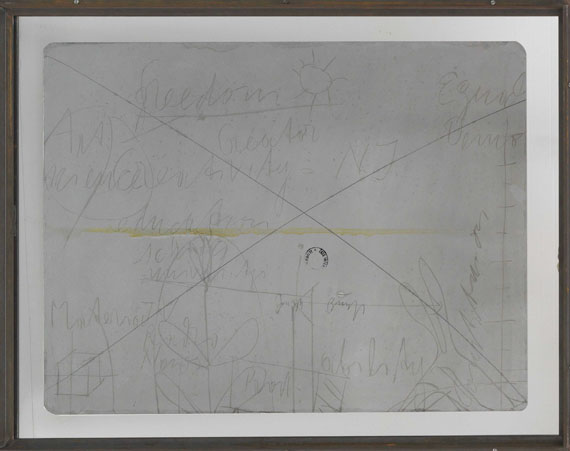 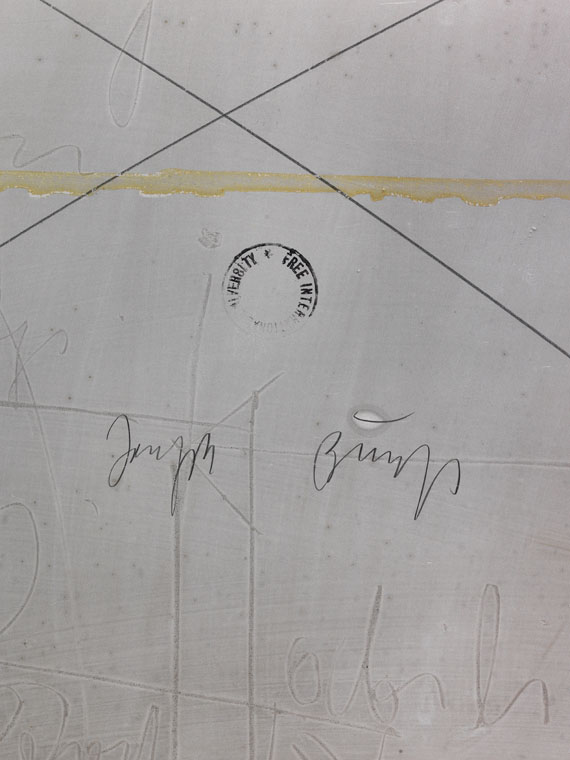 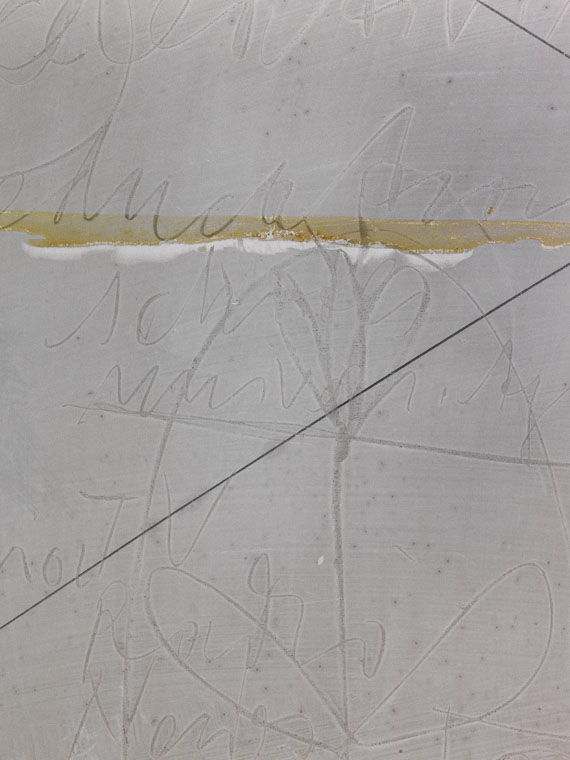 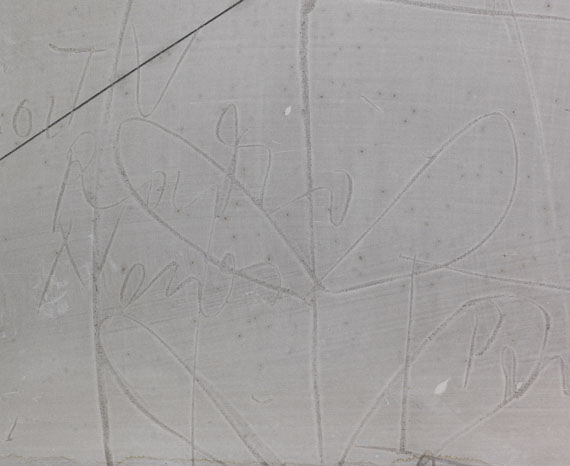 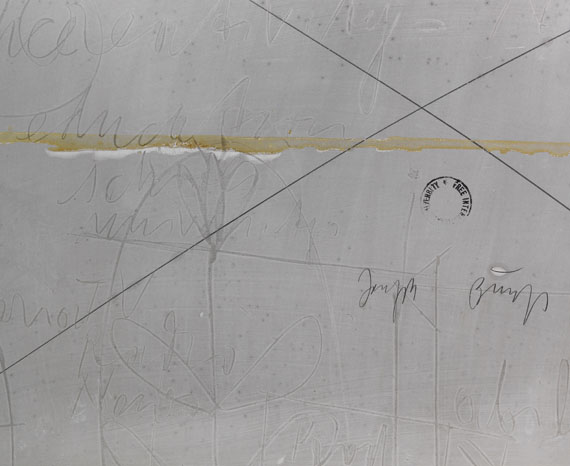 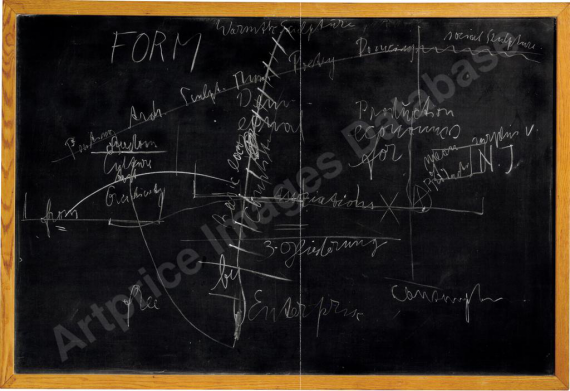 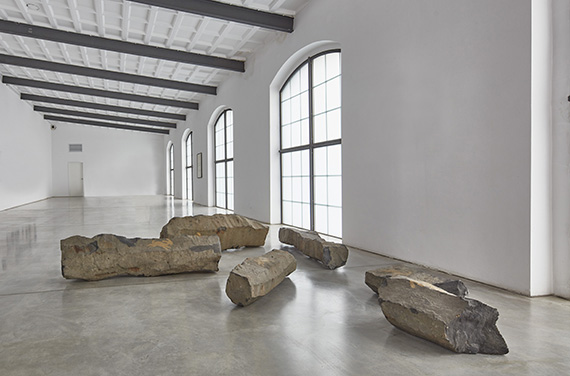 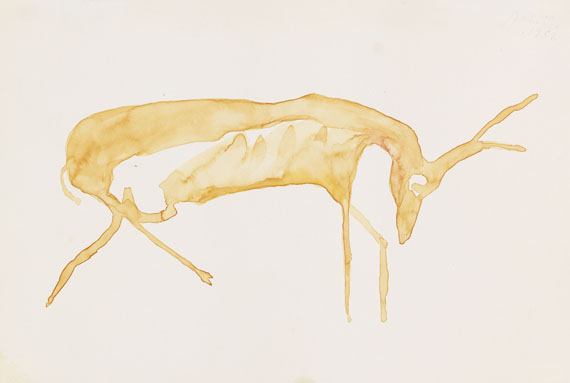 JOSEPH BEUYS
Hirsch, 1956
Sold: € 168,750
More offers for Joseph Beuys
+
and all other offers
You might also be interested in
+
and all other offers
Buyer's premium, taxation and resale right apportionment for Joseph Beuys "Minneapolis Fragment"
This lot can be subjected to differential taxation plus a 7% import tax levy (saving approx. 5 % compared to regular taxation) or regular taxation.