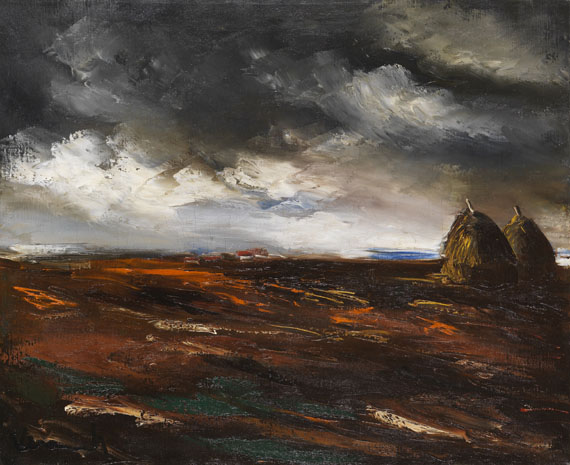 Accompanied by a photo confirmation from the Wildenstein Institute, Paris, from November 24, 1994. The work will be included into the forthcoming catalog raisonné.

Essay
Originally attributed to the "Fauves" because of his boisterous compositions in strong colors, Vlaminck attained a much calmer palette based on just a few color elements in his later years. Especially his vast landscapes that emanate the immediacy of a looming natural spectacle are characterized by a dramatic chiaroscuro. Sky and landscape are in such strong accordance that a spatial separation seems almost impossible. Vlaminck worked out the forces inherent to the clouds and thus creates not so much a topographically identifiable scene but a great metaphor for the macabre beauty of the primal forces.
More Information
+
Sell
Would you like to sell a similar object?
+
Register for
Maurice de Vlaminck
+
Buying from A-Z
+
Contact a specialist
+
Maurice de Vlaminck Biography
Share 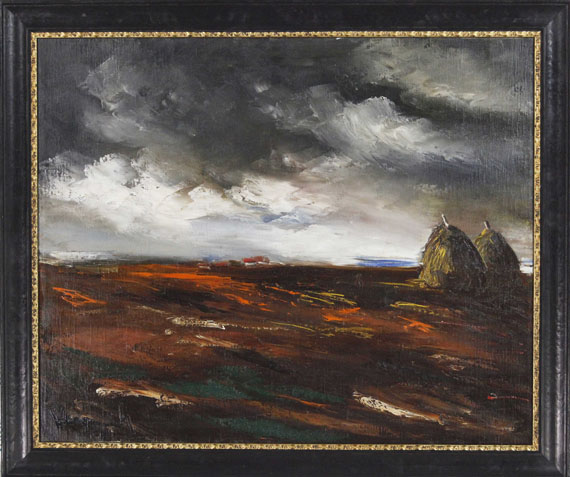