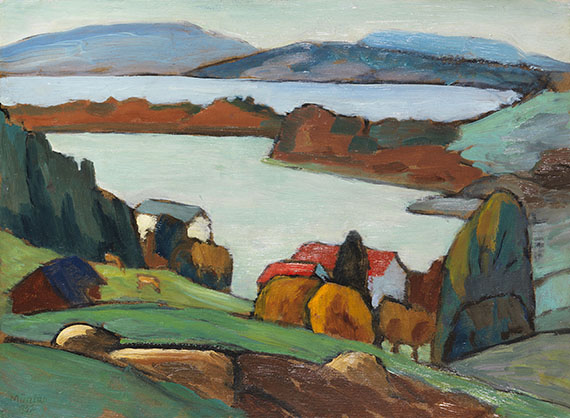 Essay
After longer stays in Berlin and Paris Gabriele Münter returned to Murnau in 1931 and planned to stay for good. In context of this decision she planned to rebuild the "Russen-Haus". After the completion of the conversion she rewarded the architect with this painting of her much beloved Staffelsee. The relationship with the art historian Johannes Eichner helped her to regain inner peace which gave her a chance to develop her art. Münter stated she wanted to see the landscape "large and simple" and thus she attained a very mature conception. This work offered here is typical of her style that began to form in Murnau and its surroundings as early as in the 1910s. Forms are connected by broken colors and become part of a larger master plan and the previously favored strong contours make way for a barely perceptible accentuation. Münter’s clear form language must be seen as the result of a longer readjustment process that kept the artist from walking into the trap of too great a love for details for all her life. [EH]
More Information
+
Sell
Would you like to sell a similar object?
+
Register for
Gabriele Münter
+
Buying from A-Z
+
Contact a specialist
+
Gabriele Münter Biography
Share 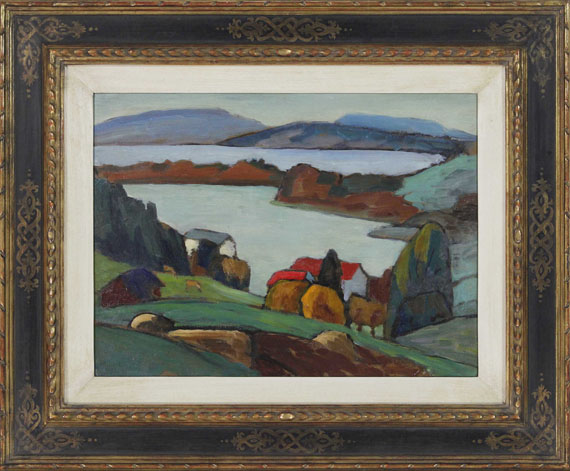 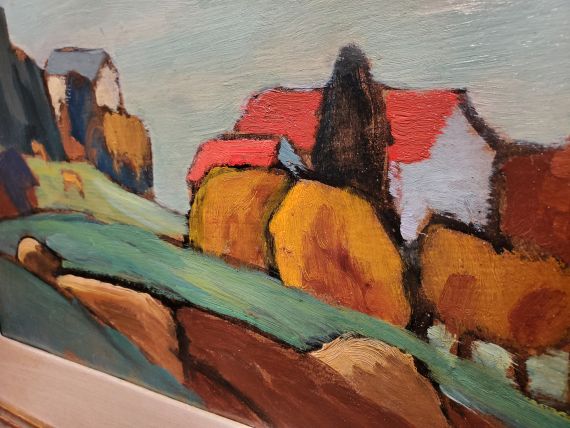 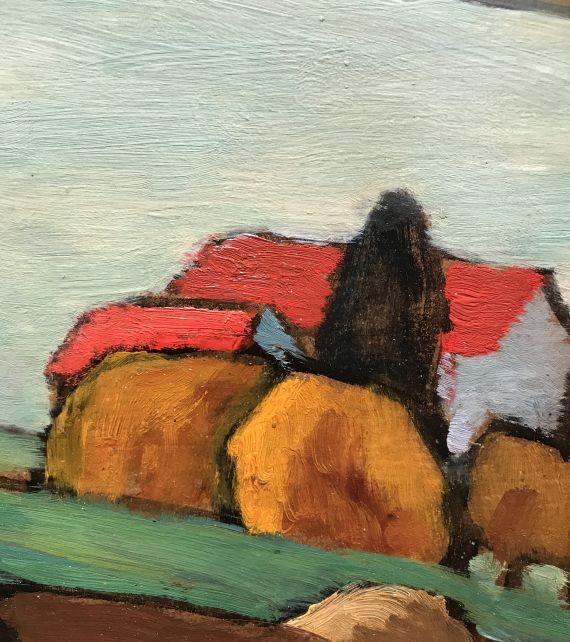 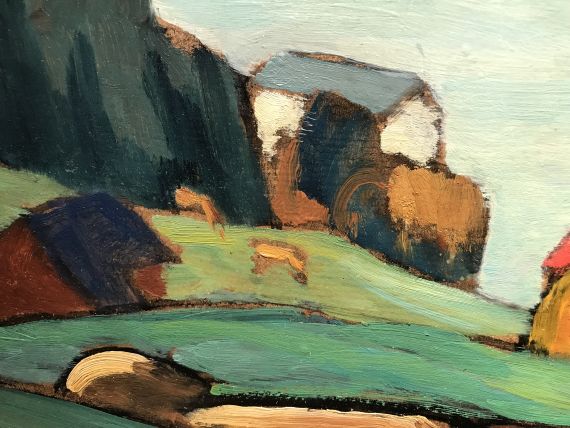 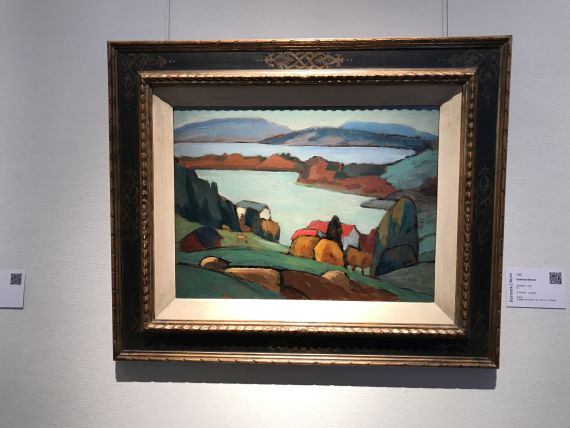 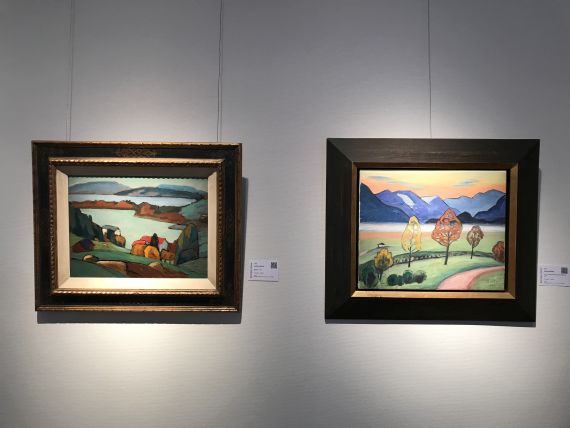