Autumnal landscape depiction from the year of the breakup with Wassily Kandinsky.
Before the end of the war Münter sent this work from her Danish exile to her uncle in Texas.
Accompanied by a written expertise issued by the Gabriele Münter- and Johannes Eichner-Foundation from October 18, 2011 (in copy). The painting will be included into the catalog raisonné of paiontigns by Gabriele Münter.
An original photography of the painting with the hand-written inscription "G. Münter / Naturstudie aus Dänemark / aus der Bildersendung gegen 1918 an Joe Donohoo, Pleinview Texas/ nun bei Minnie Moore, Littele Rock, Arkansas / Jan. 1957" is in teh arcgive of the Gabriele Münter- and Johannes Eichner-Foundation, Munich.

"Münter is at her best when she captures an event with just a couple of colors and simply overlooks details. Because that's when she captures what we usually overlook, the things too quiet to be said."
Gregor Paulsson, Gabriele Münter, in: Stockholms Dagblad, October 20, 1916. 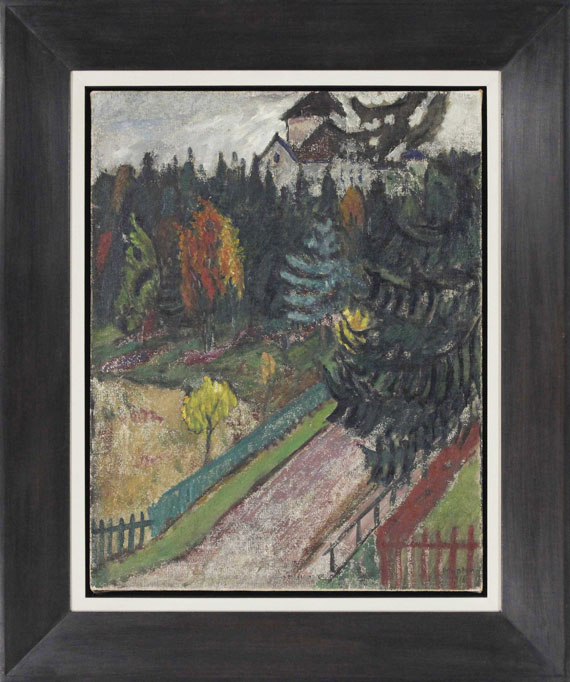