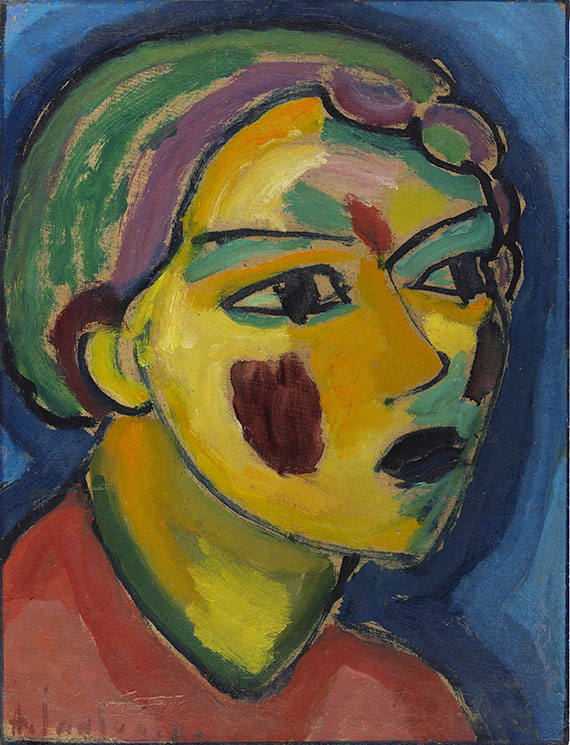 • A magical capitvating look of a new type of mankind.
• Excellent portrait from the group of works of the 'Mystical Heads'.
• A marvelous color chord is expressed in the facial features.

PROVENANCE: From the artist's estate.
Collection Paul Grell, Wiesbaden (obatined as present from Andreas Jawlensky in 1956).
Galerie Aenne Abels, Cologne.
Private collection (presumably acquired from aforementioned around 1963).
Ever since in family ownership.

Essay
The series of works that Alexej von Jawlensky conceived in his Swiss exile offer ever and again new and surprising aspects of a painterly implementation of his concepts and motifs. Following the important so-called variations, a series of paintings depicting his view through a window, he began experimenting with his first Mystical Heads in October 1917.
It first appears that he draws back on the expressive brightly colored heads that he painted prior to World War I, such as “Kopf in Weinrot und Grün“ (circa 1913). But in a way he is rediscovering them now in a more individualised however stylized manner: The heads are subordinated to his radical painterly execution. By using a set of pre-defined characteristics he builds his faces and reduces the appearances to open or closed eyes, strong eyebrows, clear defined bridges of the nose, mouth and hairline and to the colorful rouge on the cheeks. A few but important heads, such as the “Dichterin” (poetess), are the prerequisite for the now appearing group of works of the “Heilandsgesichter” (Savior's Faces) and “Christusköpfe” (Christ’s Faces), guiding him to his desired path of the transfiguration of the Spirit in the human face with the help of form and color. As Jawlensky states in his memoirs “in order to express what moves my soul.”
In October 1917 Jawlensky moves with his family and Marianne von Werefkin away from the desolate St Prex at Lake Geneva to Zurich. The painter is delighted of the city’s cultural programme, the exhibitions and the fascinating people he meets. He acquainted with the dancer Alexander Sacharoff and the artists Hans Arp and Wilhelm Lehmbruck. In the months to follow around the turn of the year Jawlensky concentrates on the group of works of the “Mystischen Köpfe” (Mystical Heads) and develops starting from the portrait of the artist Emmy “Galka” (1917) a new version of the head. Galka and Jawlensky meet at an exhibition in Lausanne in 1916. She will soon cease her artistic career in order to focus primarily on the sale of Jawlensky’s works.
We cannot determine who the poetess is, whose portrait belongs to the comparatively small group of works of the “Mystischen Köpfe (Mystical Heads). Despite the individual details of her distinguished and rather youthful appearance Jawlensky stylises her face through the spotlighted color fields and prominent lines. The charisma of the face and the inner tone of her personality seem to be more important to the painter than her very own personality.
“Having painted these variations (Variationen) I found it important to find a form for the face, which I completely comprehended and that the highest art might only be painted with a religious feeling. I could bring this only into the human face. I understood that the artist needs to expressthrough form an color what is inherently divine to him. That’s why an artwork is the visible God and art the longing to God“, as Jawlensky remarks about the year 1917 in a letter of the 12th of June 1938 to his Dutch friend Jan Verkade, artist and Benedictine (quote: Tayfun Belgin, Alexej von Jawlensky. Eine Künstlerbiographie, Heidelberg 1998, p. 103). Thus, Jawlensky perceives the “Dichtern’s” face as an compelling icon moving him and helping him his on his lifelong journey of the spiritual growth. [MvL]
More Information
+
Sell
Would you like to sell a similar object?
+
Register for
Alexej von Jawlensky
+
Buying from A-Z
+
Contact a specialist
+
Alexej von Jawlensky Biography
Share 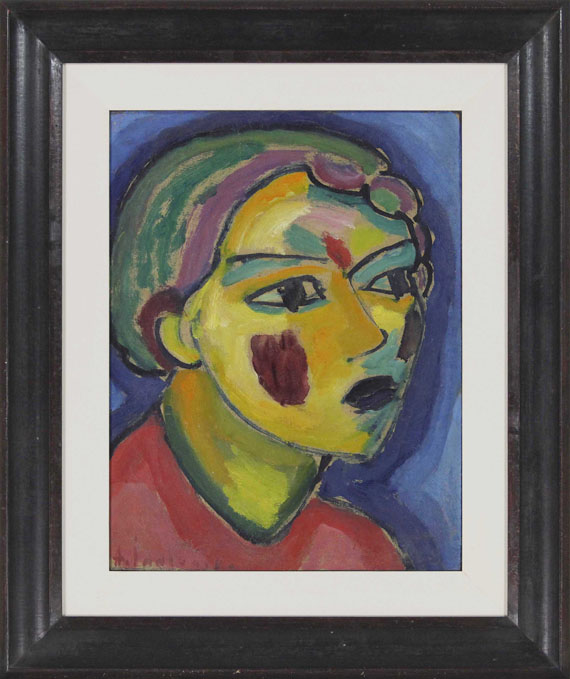 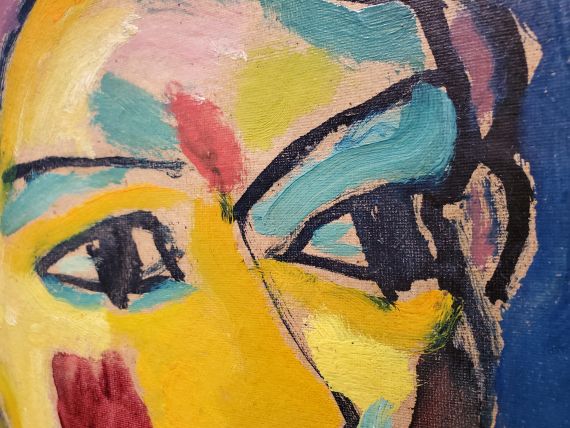 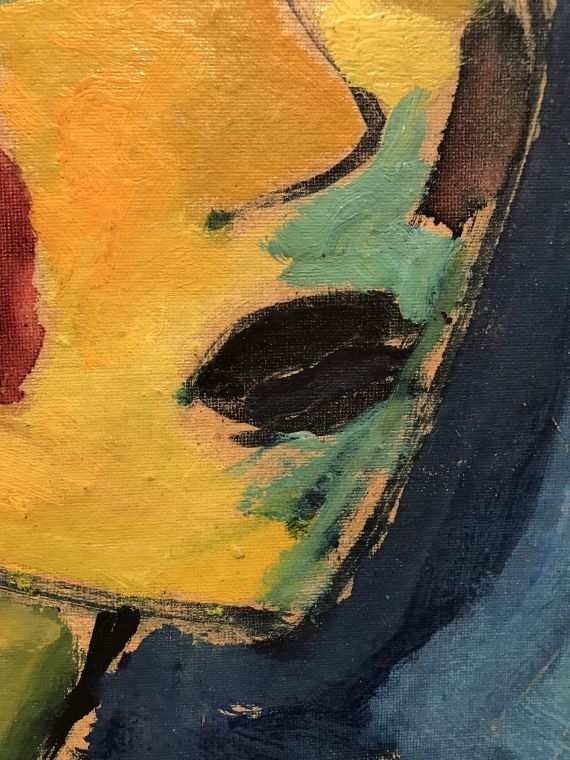 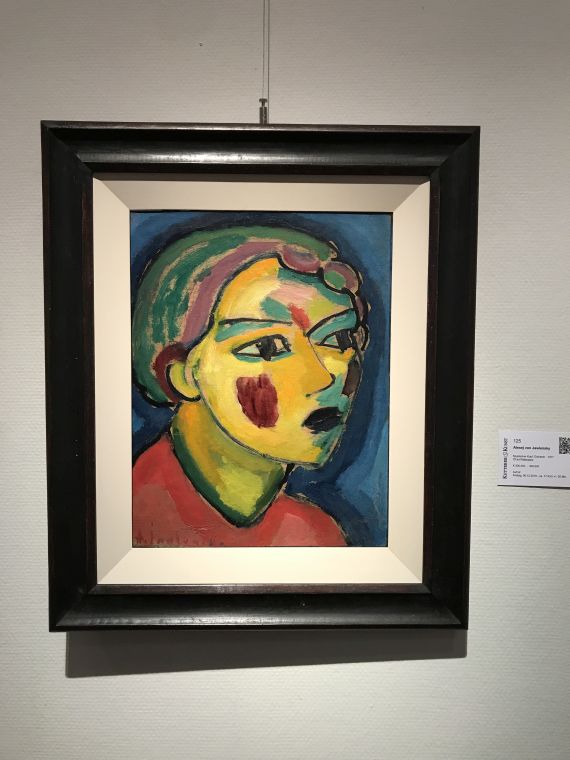 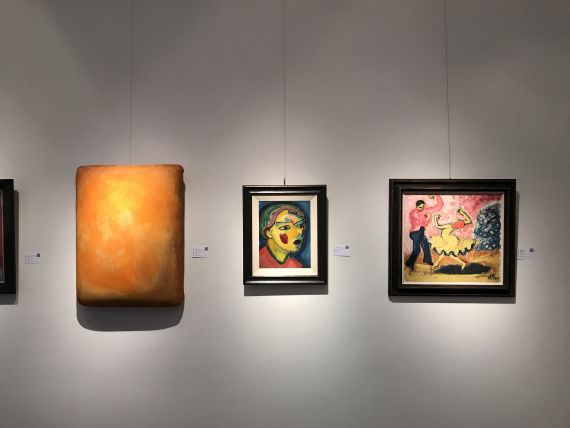 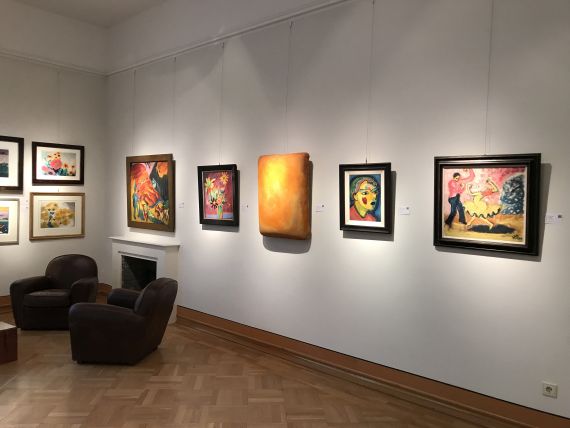