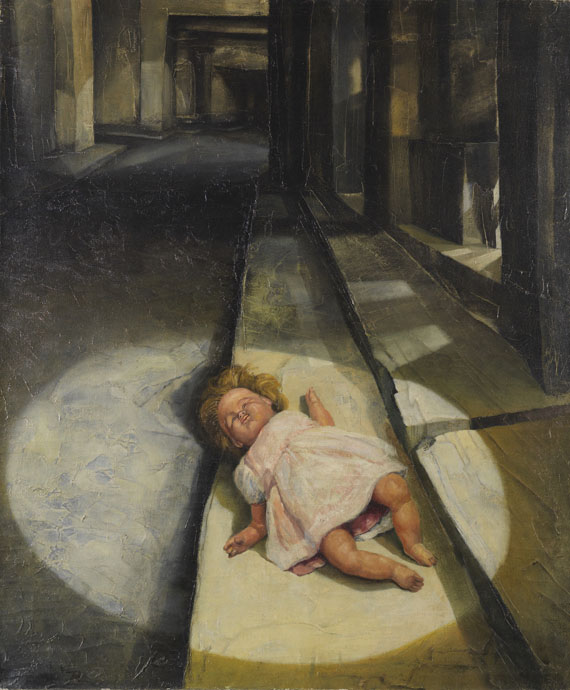 enlarge image
+
302
Bikash Bhattacharjee
Doll in the Lane, 1971.
Oil on canvas
Estimate:
€ 40,000 / $ 45,600
Sold:
€ 118,750 / $ 135.375
(incl. 25% surcharge)
Lot description
Doll in the Lane. 1971.
Oil on canvas.
Signed and dated in lower left. Verso of the canvas inscribed with the artist's address. 122 x 101 cm (48 x 39.7 in).
Bikash Bhattacharjee is considered one of the most important Indian painters of the second half of the 20th century. Works by the acclaimed artist are in possession of many public collection in India.
• For the first time offered on the international auction market.
• Characteristic work from Bhattarcharjee's sought-after "Doll Series“.
• See also the other work "She and the Morning" offered in our auction on December 6, 2019.

Essay
This painting ”Doll in the Lane“ is a very characteristic example from the artist's most important group of works. What all the pictures of the ”Doll Series“ have in common is a particularly dark and gloomy prevailing tone and one and the same doll as key motif, while the scenes are usually set in abandoned urban surroundings. Pictorial means of composition are often very similar and play with blurred depth of field and distorted perspective. Another typical stylistic device of the series is the dramatic lighting of the image space. Our picture features all these characteristics. At first sight the observer may be a bit disturbed and perhaps even feel rejected, however, at second sight there is a moment of clarity and the concept that the ”Doll Series“ is based on becomes obvious. ”Doll in the Lane“ shows the doll, one of the most common toys, abandoned in a dark alley. The observer can’t possibly fathom how the doll got there. Why was it abandoned? Did it just go lost? Where is the owner? Was it just thrown away carelessly? All these questions come up, but the answers won’t. The artist does not provide any hints as to the clarification of these questions. Uncertainty is the only thing that remains, it becomes an allegory of life: a comparison of a toy as symbol of purity and innocence, with the grim reality of life. ”Doll in the Lane“ is a disturbing account of the fragility of our certainties rendered in a particularly clear pictorial language. The uncertainties that we all face and that we all have to cope with are the painting's key theme. [EH]
More Information
+
Sell
Would you like to sell a similar object?
+
Register for
Bikash Bhattacharjee
+
Buying from A-Z
+
Contact a specialist
Share 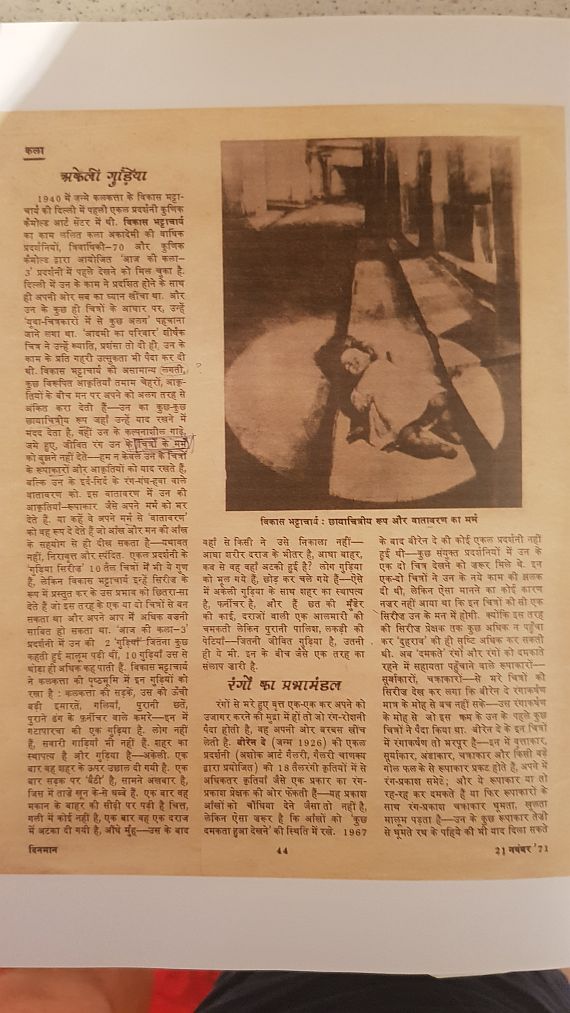