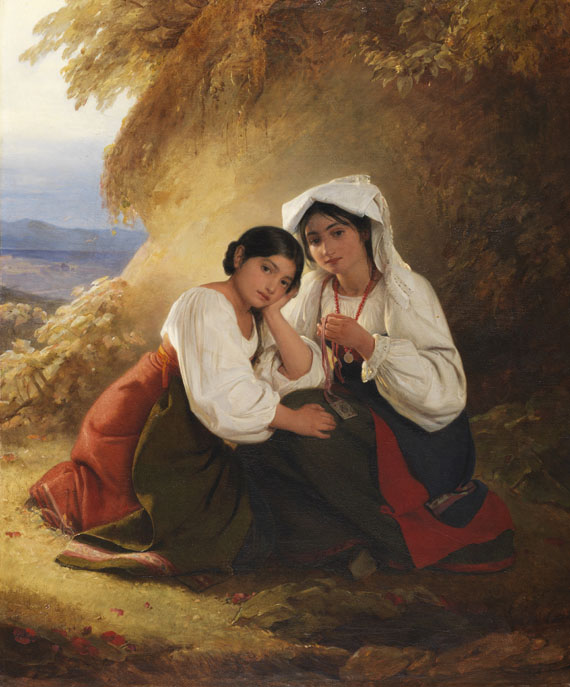 • A graceful work with harmonious colors, a testimony of Riedel's technical mastery in soft lighting and romantic glow.
• From the first successful time in Rome, where Riedel settled for good in 1832.
• King Ludwig I of Bavaria was particularly enthusiastic about the Riedel's depictions of beautiful Roman women.
• Other paintings are in the Neue Pinakothek, Munich, the Kunsthalle Hamburg and the Alte Nationalgalerie, Berlin.

We are grateful to Dr. Herbert W. Rott, Munich, for his kind expert advice.

More Information
+
Sell
Would you like to sell a similar object?
+
Register for
August Riedel
+
Bidding Options
+
Written bid
+
Buying from A-Z
+
Contact a specialist
Share 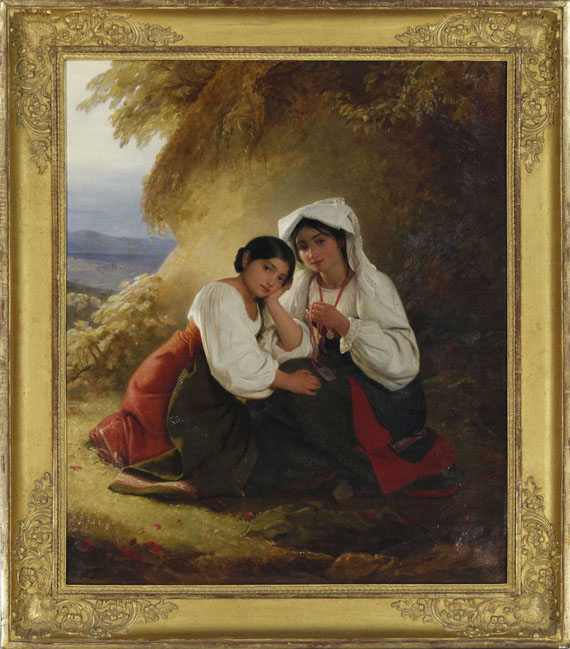 You might also be interested in
+
and all other offers
Buyer's premium, taxation and resale right apportionment for August Riedel "Zwei Mädchen in Albaner Tracht"
This lot can be purchased subject to differential or regular taxation.