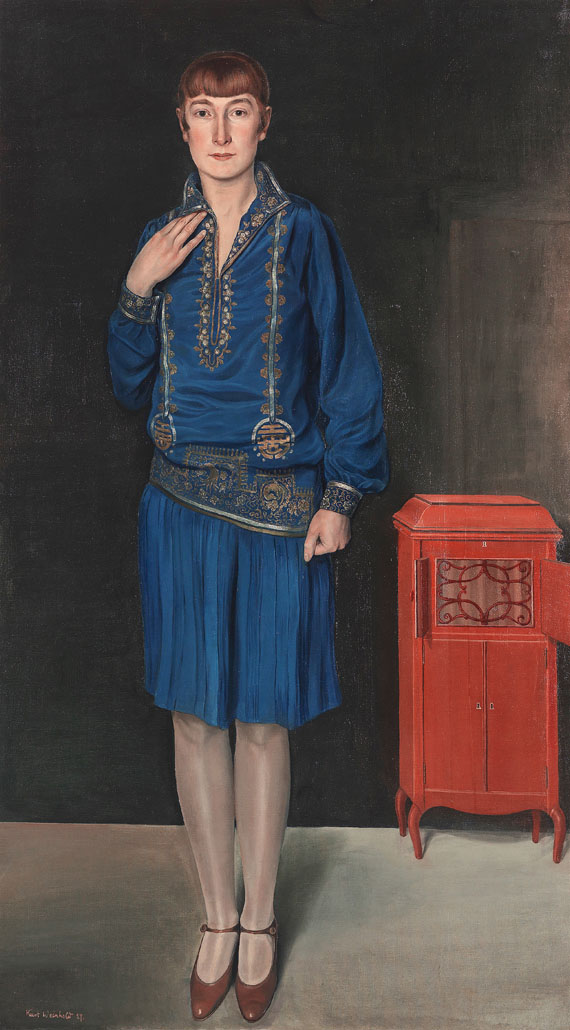 "I want the absolute in our relationship and love, I want to love you through and through, to pour into one another, to take whatever I am able to bear to a higher and a highest level, the absolute that I am able to contribute to the peoples' best accomplishments of all times. [..] You re my soul, my other self, you are set to be free, . this only one can be entrusted with, the divinity, and that's what we form in unity.. You my significant other, my completion."
Kurt Weinhold in a letter to his wife from November 22, 1938, quote after: H. G. Golinski, p. 77.

Essay
Since a wide appreciation of the painters of New Objectivity is still pending, the exhibition-and art market is primarily oriented towards already known representatives of this movement of the 1920s. But besides that, many artists have worked in the spirit of this time and at a high artistic level without receiving any attention beyond the local scene. Kurt Weinhold is one of those almost undiscovered artist personalities, whose work amazes us most for its key-highlights, which include his life-size painting "Meine Frau mit Grammophon". Only few of his most important works were given the chance to star in museum exhibitions on New Objectivity, as it is was the case with our impressive portrait of his wife Margarete, which was part of the grand New Objectivity retrospective at Kunsthalle Mannheim in 1995/96."My Wife with a Gramophone" is a great example of the marvelous discoveries that Weinhold's pictorial creation has to offer, partly for its dense expressiveness and the convincing technical mastery. The painterly finesse shown in the treatment of the material stands in remarkable contrast to the sparse composition itself, which, apart from the model and the gramophone cabinet, has nothing else to offer. Despite a certain closeness to Rudolf Schlichter's canon of colors and shapes, Kurt Weinhold was able to pursue an own path that enabled him to develop a largely independent style both in terms of technique and choice of motif, a style that fascinates us up until today for its uniquely enraptured character. [JS]
More Information
+
Sell
Would you like to sell a similar object?
+
Register for
Kurt Weinhold
+
Preview & Auction Procedure
+
Bidding Options
+
Bid by telephon / written
+
Buying from A-Z
+
Catalogue Order
+
Contact a specialist
Share 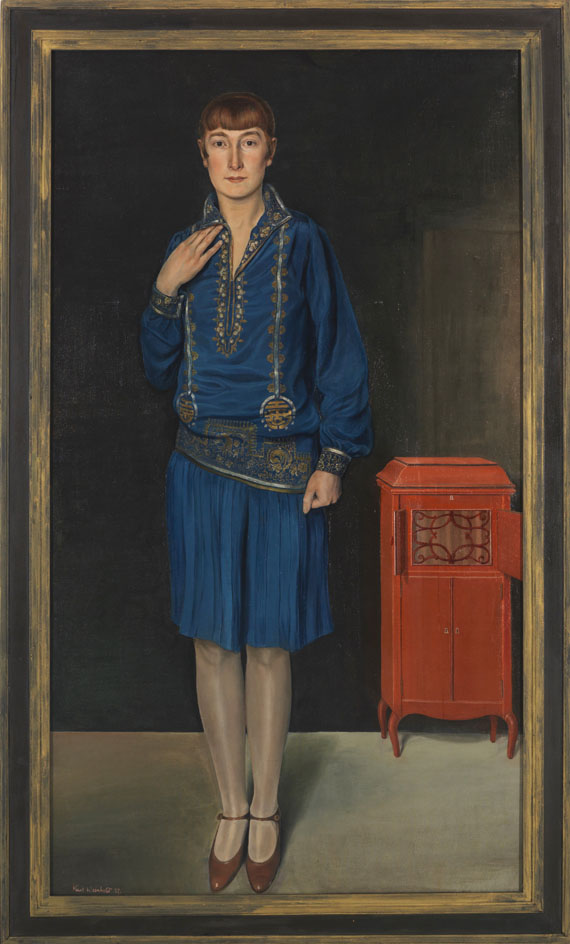 Frame image
You might also be interested in
+
and all other offers
Buyer's premium, taxation and resale right apportionment for Kurt Weinhold "Meine Frau mit Grammophon"
This lot can be purchased subject to differential or regular taxation.