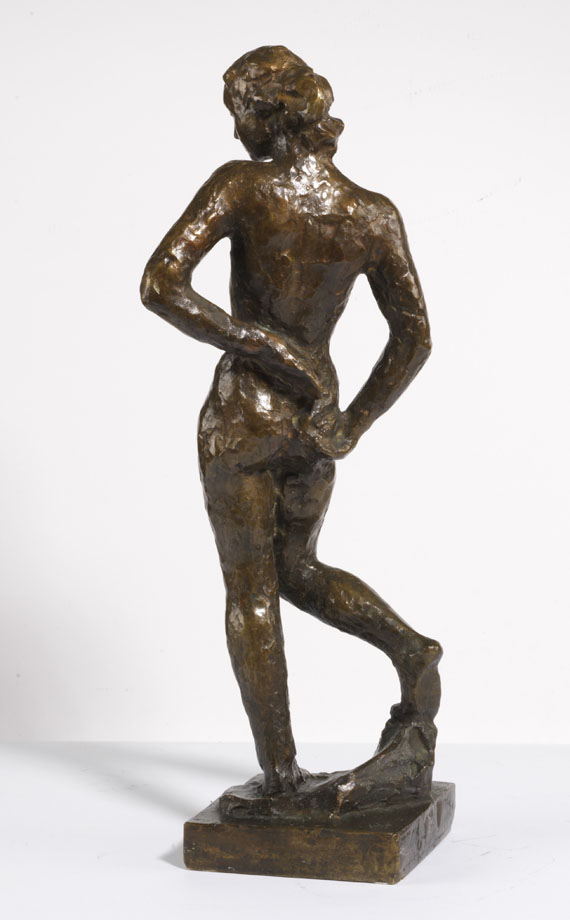 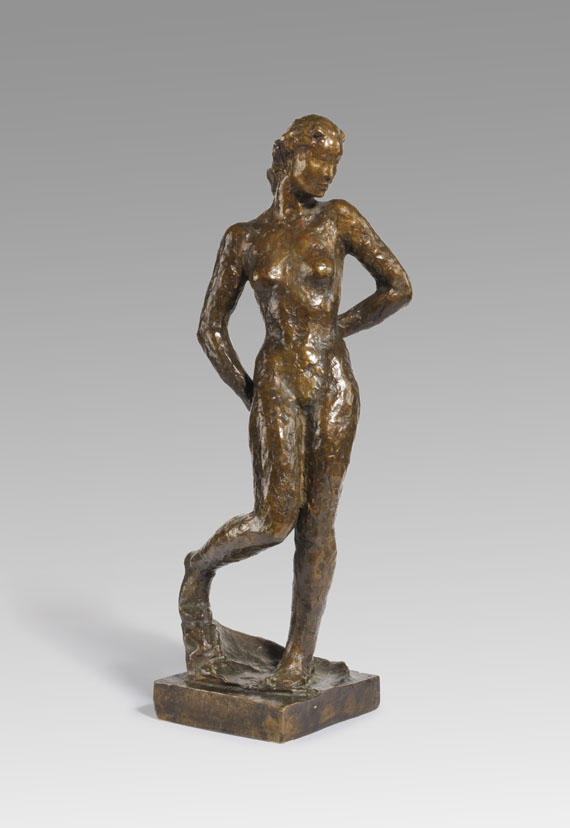 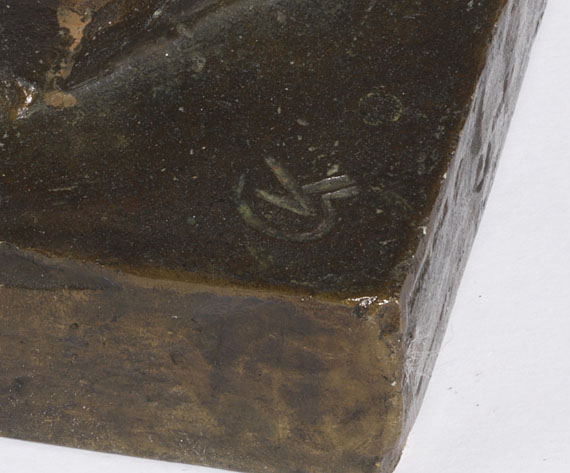 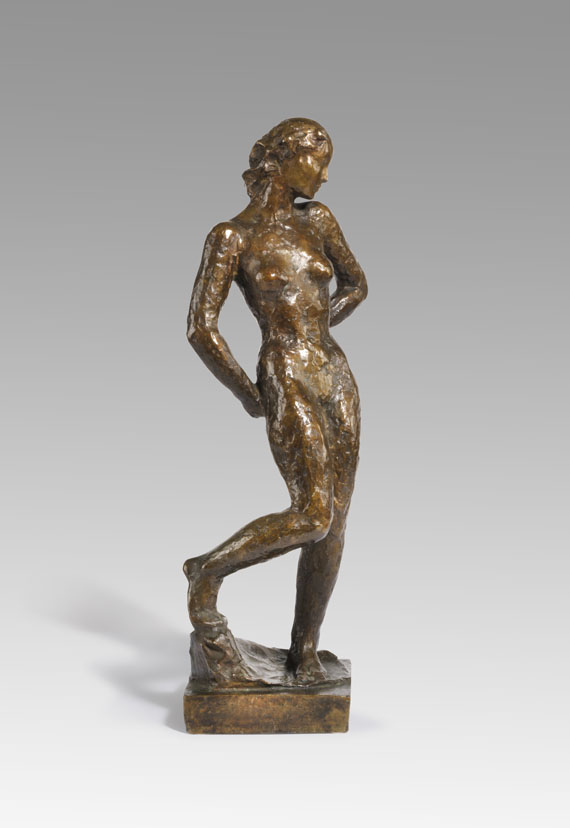 • Unusual expressive pose
• One of the artist‘s most popular sculptures
• Lifetime cast.

Accompanied by an expertise issued by Dr. Ursel Berger, Berlin, on June 21, 2020.

PROVENANCE: Collection Paul and Herta Rohs, Radevormwald.
Ever since family-owned.

The "Statuette", also known as "Stehende Frau" (Standing Female Figure) or "Herabsteigende" (Descending Female Figure) is one of the few standing figures in an oeuvre dominated by the motifs of kneeling and crouching figures. Shown at Galerie cassirer Berlin in 1925, the year it was made, the "Statuette" with its fascinating twisted posture soon became one of Kolbe's most popular small plastics. Head, torso and right foot are in a S-shaped swing to which the supporting leg and the arm posture add a balancing harmony and stability. [SM]
More Information
+
Sell
Get a free appraisal for a similar object!
+
Register for
Georg Kolbe
+
Buying from A-Z
+
Contact a specialist
+
Georg Kolbe Biography
Share