• The physiognomy of the nameless protagonists in Scharl's masterworks from the 1920/30s reflect experiences of agony, toil, poverty and resignation.
• Highly modern composition that anticipates new tenencies in contemporary figuration from Bacon to Photorealism.
• Similar paintings are at the Lenbachhaus, Munich, the Kunsthalle Emden and the Bavarian State Paintign Collection, Munich.

"I come across very few human faces, their facial features clearly show that they have participated in all conceivable things in the world, such as suffering, joy, knowledge and conscious reason."
Josef Scharl, 1951, quote from: Andrea Firmenich (ed.), Josef Scharl, Cologne 1999, p. 36.

Essay
In Scharl's masterpieces from the 1920s and 30s the painful experiencesof suffering, toil, poverty and resignation left their traces in the physiognomy of its nameless protagonists. They are human landscapes shaped by the course of existence over the years. They reveal their life in its entire emotional range to the observer. In our early "Arbeiterbild" (Worker's Portrait) Scharl entirely concentrated on these physiognomic peculiarities, placing the isolated human figure against a dark background. Isolation and decontextualization make for the character of this impressive work, which is still regarded as highly modern today. Of course, the drawn facial features and the chunky hands shaped by hardphysical labor are reminiscent of the early van Gogh or Otto Dix'sfamous "Bildnis der Eltern" (Portrait of the Parents, 1921, Kunstmuseum Basel. 1924, Sprengel Museum, Hanover), However, Dix'sparents still took a seat on a Wilhelminian-style sofa in front of a brightly painted wall, which, at a quick glance, hints atthe classic tradition of thedouble portrait. In this work offered here, however, Scharl entirely focuses on the individual which he removes from anysocial context. Almost like in a pathological autopsy, it is presented reduced to its mere physicality and thus confrontingus even more strikingly with its human presence. This immediacy, from which the viewer can hardly escape, anticipates tendencies of post-war Modernism from Baselitz andBacon to the exaggerated, veristicportraits of photo-realism. [JS]
More Information
+
Sell
Would you like to sell a similar object?
+
Register for
Josef Scharl
+
Preview & Auction Procedure
+
Bidding Options
+
Bid by telephon / written
+
Buying from A-Z
+
Catalogue Order
+
Contact a specialist
+
Josef Scharl Biography
Share 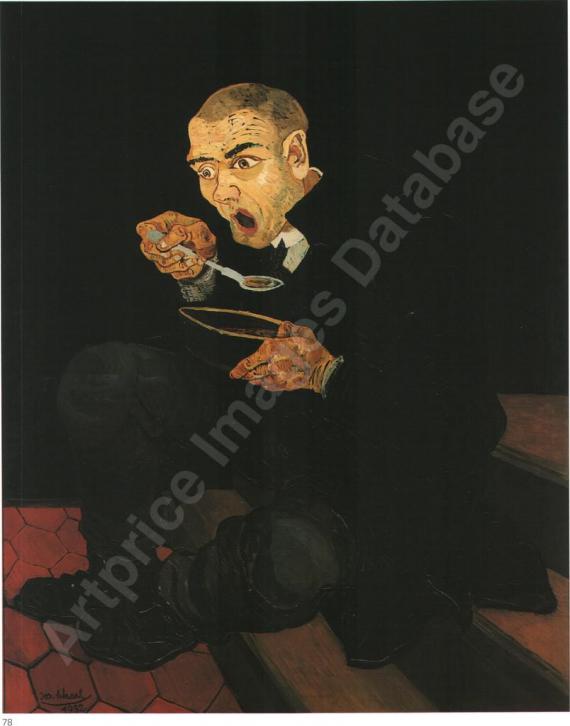 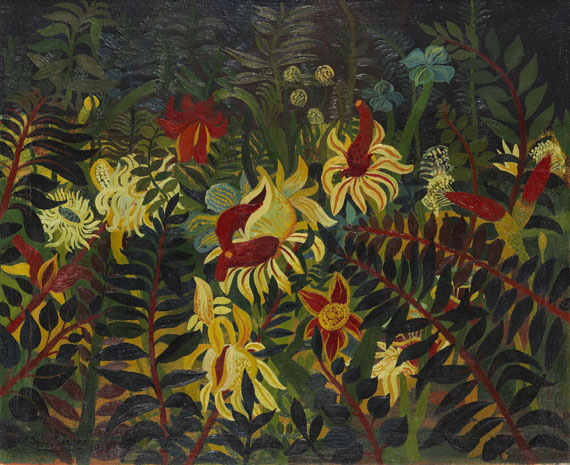 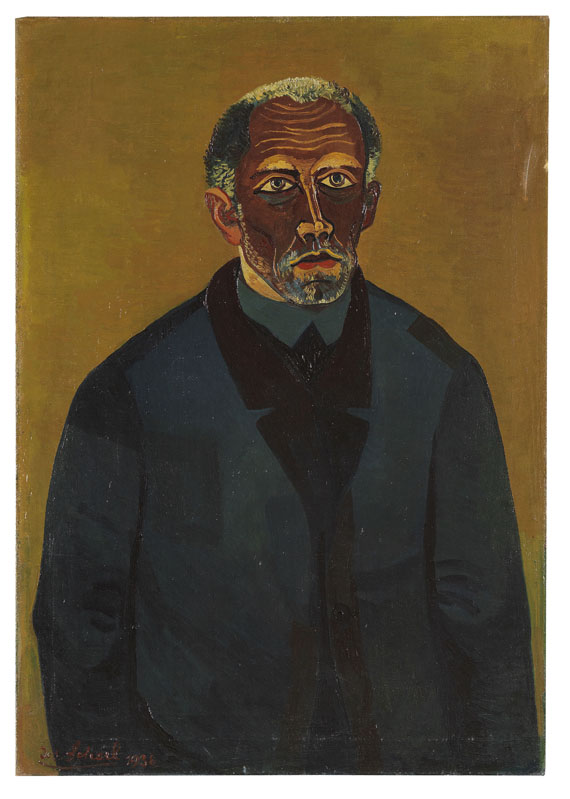 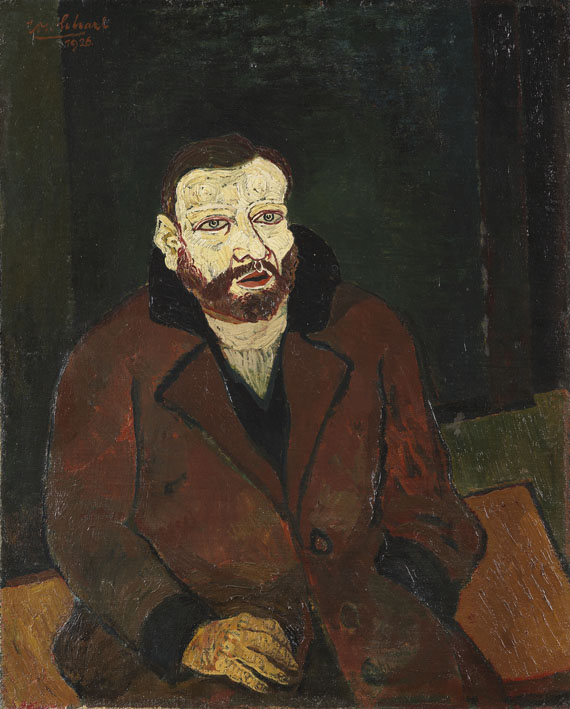