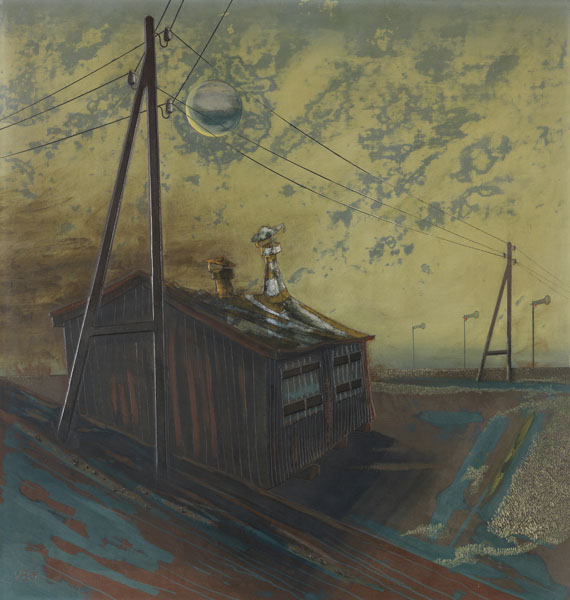 - Large-format, deserted industrial landscape in a rare relief technique.
- Böhringer's Critical Realism is reminiscent of Otto Dix, however, he overcomes his role model with surreal elements and a fascinating cool painting style.
- In 2018, ART magazine honored Böhringer's work, which is still underestimated, with an article titled "Begabt - besessen - vergessen" (Talented - possessed - forgotten).
- "It is high time that a work received the attention it deserves." (ART, September 2018, p. 18).
• Böhringer is a master of a brilliant, cool, dissecting painting in which he brings together realistic and surreal elements with great mastery.
• One of the rare works by Böhringer on the international auction market.

"Painting harder than Dix! That's what I want!"
Volker Böhringer

Essay
"When the first Swiss exhibition of works by artists defamed by the National Socialists was shown in Bern in 1947, the list of artists included, next to famous names like Dix and Baumeister, the completely unknown 35 years old artist Volker Böhringer, who saw his forst public appearance on this occasion. The attention he attracted as the only young artist was enormous. The BERNER ABENDBLATT saw him as the "number one" surrealist. The WELTWOCHE counts him among the "the few artists capable of expressing Germany's fate in those years", and the BASELER NATIONALZEITUNG speaks of an "astonishing Volker Böhringer, who made exactly those pictures we would have expected from Dix". [.]"
Otto Conzelmann "Volker Böhringers Maschinenlandschaften und sein Maschinenmensch". Stuttgart, Galerie Valentien, 1976.
More Information
+
Sell
Would you like to sell a similar object?
+
Register for
Volker Böhringer
+
Buying from A-Z
+
Contact a specialist
Share 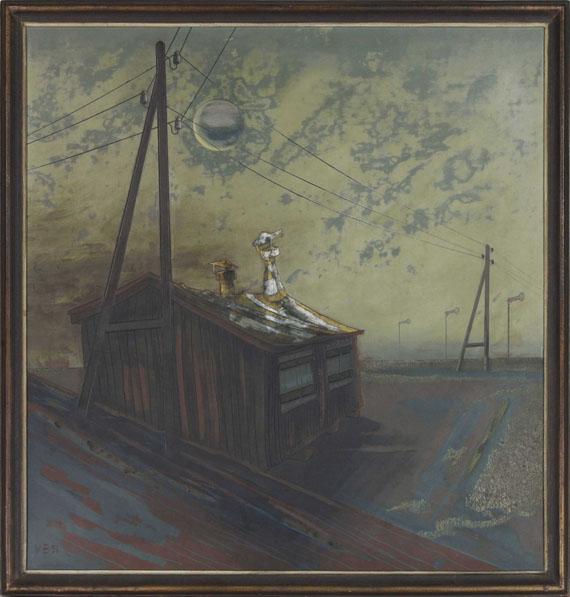