• One of the rare works from the 'Hermitage' series offered on the auction market.
• In the 1980s Struth started his famous series of the "Museum Photographs“.
• Next to Thomas Ruff and Andreas Gursky, Struth is a main representative of the Düsseldorf Photo School.

"I sometimes wish I was the painting that looks into the audience's faces."
Thomas Struth (quote from Monopol, August 16, 2010)

Essay
276
Thomas Struth began his studies at the Art Academy in Düsseldorf in 1973; his teachers were none other than Bernhard Becher for photography and Gerhard Richter for painting. The young photographer Struth inherits his fascination for architecture as an artifact from his mentor Bernhard Becher. First of all, he created an extensive series of city shots in black and white. In search of the special, typical and characteristic, Struth roams the big and small metropolises of the world and reveals the mysterious in the seemingly ordinary. Struth has the particular eye with which he explores the relationship between past and present in his well-composed photographs and offers us a subtle cultural investigation. Since 1989, the successful series of the "Museum Photographs" has been created, in which Struth addresses the modern art reception of viewers and images. With a certain voyeurism he positions himself in museums, churches and temples in order to capture the variety of forms of observation, between contemplative, educated and event-oriented, purely touristic art experience. The viewer himself becomes the focus of the work. At first Struth is a somewhat distant observer, but he wants to dive deeper and see the observer from the perspective of the work of art. He was able to do this for the first time in 2004 on the occasion of the exhibition on the 500th anniversary of Michelangelo's David sculpture at Galleria dell'Accademia in Florence. The trick is that the camera is hidden next to the work of art, so that an unobserved, realistic moment can be captured. The "Hermitage" episode is the second series of works based on close-ups of people looking at a single work, namely Leonardo da Vinci's "Madonna with a Flower (Benois Madonna)" at the State Hermitage Museum in St. Petersburg in 2005. The viewer himself is in the focus again, while the object of their attention, the da Vinci painting, is not visible. His arrangement of amazed, interested, sometimes devout, sometimes bored faces is exciting in the sense that the sociological aspect is in the foreground here, too. The "Benois Madonna" is the set element, the visitors the lively antipole, which in Struth's photos is even more important than the art itself. Struth has entered into a delicate balance between objectivity and criticism, in which he safely leads his viewers to the right questions, but always leaves the answers up to them. [SM]
More Information
+
Sell
Would you like to sell a similar object?
+
Register for
Thomas Struth
+
Bidding Options
+
Written bid
+
Buying from A-Z
+
Contact a specialist
+
Thomas Struth Biography
Share 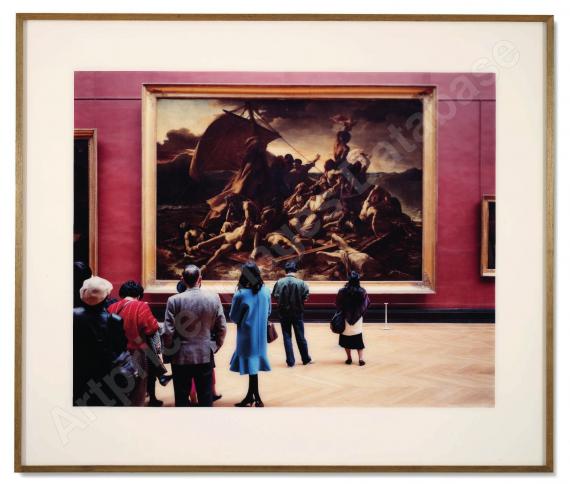 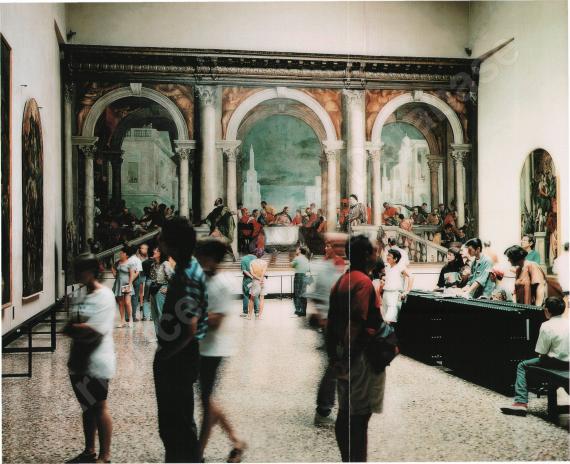 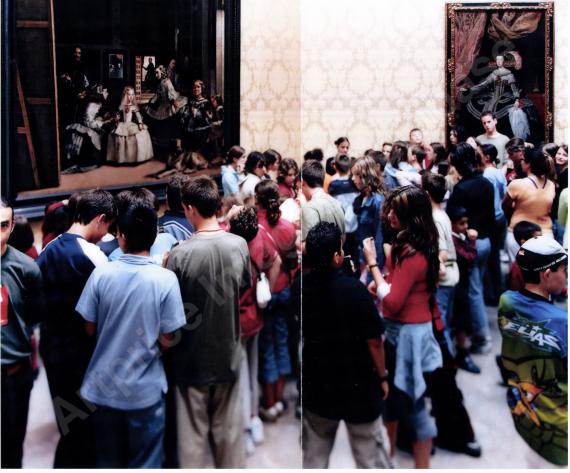 THOMAS STRUTH
"Museo del Prado 6"...
Sold: € 262,460
You might also be interested in
+
and all other offers
Buyer's premium, taxation and resale right apportionment for Thomas Struth "Hermitage 5, St. Petersburg"
This lot can be subjected to differential taxation plus a 7% import tax levy (saving approx. 5 % compared to regular taxation) or regular taxation.