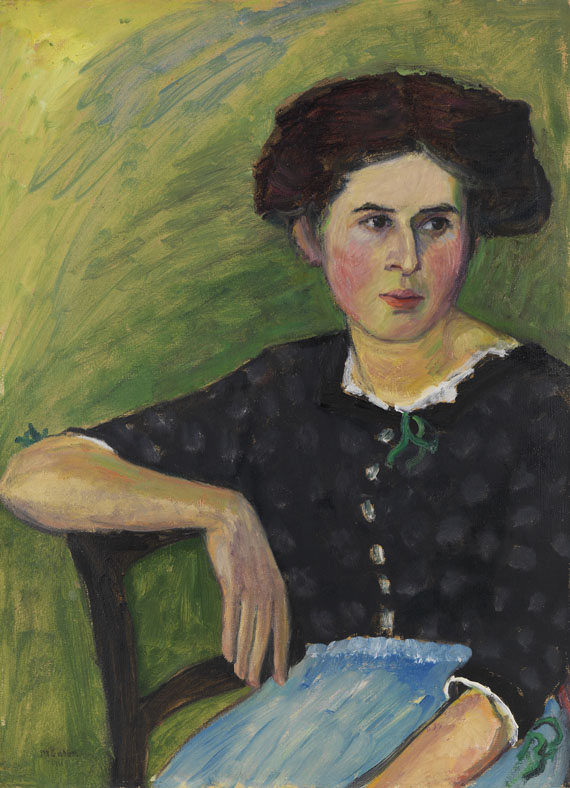 • From 1911, the year the "Blaue Reiter" was founded.
• Gabriele Münter is a very multifaceted portrait painter.
• Document of Münter's sensitive portrait talent.
• Part of the collection of Herbert and Natalie Kirshner, New York, for many years.

Essay
Gabriele Münter probably painted our portrait in 1911, at a time when she reached the first zeniththroughin the intensive, groundbreaking collaboration with her partner Wassily Kandinsky, and with Alexej von Jawlensky and Marianne von Werefkin. Werefkin's portrait, painted by Münter in 1909, is an incunabula of portrait art before the First World War. During the heyday of the artistic development towards the "Blaue Reiter", Münter painted,next to family members, mostly people from her immediate surroundings, artists from the extended circle of the "Blaue Reiter". Afew self-portraits were also made, indoor scenes with Kandinsky and Erma Bossi or Jawlensky at the table. The majority of those portrayed from 1908 onwards are known by name, such as "Marianne von Werefkin", "Fräulein Mathilde" or "Olga von Hartmann". Our portrait hereshows a young woman on a chair, sitting a little to the side, and wearing a simple everyday dress, a high-necked vest with silver buttons, a white collar and a light blue apron. Her face appears natural and without make-up, the thick hair casual and not done in any sort of hairstyle. Münter put particularly striking focus on the right upper arm leaning on the side of the backrest, and placed the forearm from the elbow to the casually loosehand with fine, long limbs almost in the center of the view. Gabriele Münter was fascinated by this hand; with this relaxed posture she not only describes one of the characteristics of the sitter, it seems as if a familiar person sat across from the artist. Still, who is thiswoman which evades the look of the painter with her natural, rather serious, youthful grace? You can feel the concentration and the moment in which the composition of the portrait was created, the artist focused on the woman's face, while payingno less attention to the clothes, but swiftly outlines the room with just a few quick brushstrokes. Around 1910 Gabriele Münter painted a series of portraits, mainly of women in more or less pronounced frontality with characteristic faces. In direct comparison, it seems, the artist deals intensively with this stranger who presumably came from her neighborhood in Murnau. [MvL/EH]
More Information
+
Sell
Would you like to sell a similar object?
+
Register for
Gabriele Münter
+
Preview & Auction Procedure
+
Bidding Options
+
Bid by telephon / written
+
Buying from A-Z
+
Catalogue Order
+
Contact a specialist
+
Gabriele Münter Biography
Share 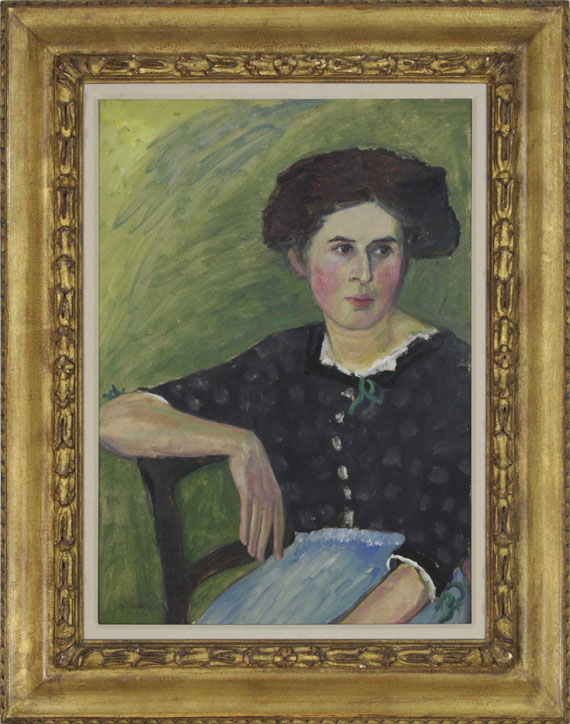 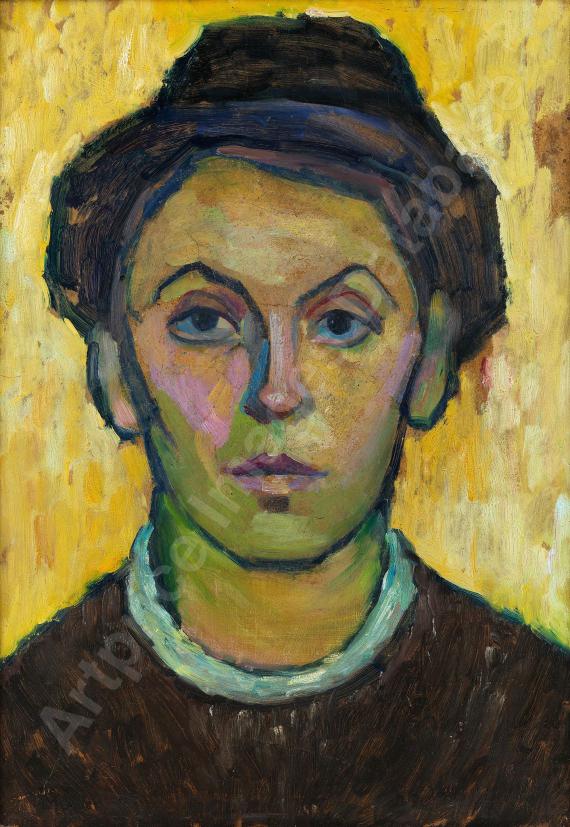