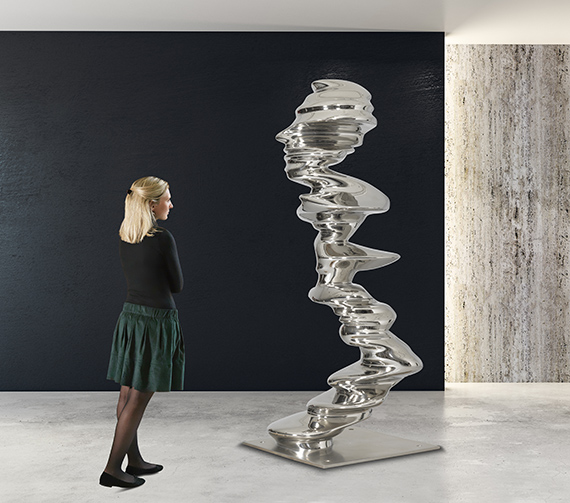 "Ever since I was a child I have had a deep interest in nature. I'd love to create works that touch me as much as a look into nature does. I know that sounds naive. Nature has had billions of years of practice to make these wonderful things."
Tony Cragg, quote from: ex. cat. Skulpturenpark Schwante. Sculpture & Nature, Schlossgut Schwante, June to October 2020, p. 22.

Essay
There is no doubt that Tony Cragg is one of the most important internationally renowned British sculptors of the 21st century. His success has lasted on for several decades. As early as in the 1980s he exhibited at Documenta 7 and Documenta 8 in Kassel, represented the United Kingdom at the Venice Biennial and received the renowned British Turner Prize. Before his artistic training, among others at the Wimbledon School of Art and the Royal College of Art in London, the young Tony Cragg shortly worked as assistant in a research laboratory for the National Rubber Producers Research Association. Even then his great interest in natural sciences, in chemistry, physics, genetics and engineering, which would play a major role in his work from beginning on and which he cultivates up until today, became evient. Some works show this relation in a direct way, for example the group of sculptures called"Rational Beings" from the 1990s, in which Cragg deals with the shape of the human spine in the broadest sense. However, his scientific character primarily reveals itself in the almost obsessive examination of the material itself. "There is nothing else than material," says Cragg (quote from: Westdeutsche Zeitung online, April 3, 2019). In the course of his career he has used a variety of different, sometimes unusual materials, including plastic, fiberglass, plaster, stainless steel and common consumer object, but also more classic materials such as bronze, wood and granite, which he always processes into extremely unconventional works of art. For him sculpting means "that an artist uses a material as an extension of himself and enters into a dialog with the material, in order to discover and create something new: Poetry." (Quote from: ex.-cat. Anthony Cragg, Parts of the World, Cologne 2016, p. 302). For the pure and raw material to become poetry and art, however, it has to go through the important process of forming and becoming. In the development of the desired shape of the respective material, the artist uses nature as his greatest source of inspiration. At times he creates a a wooden sculpture in the form of a weeping willow swaying in the wind, at times he lets columns rise from the ground like naturally grown fungal organisms, as it is the case with the work offered here, however. What all his works have in common is the focus on the sculpture’s characteristic Tony-Cragg-Materiality. Accordingly, our work is not only particularly impressive for the marvelous material aesthetics of the high-gloss polished stainless steel surface, which (probably in the artist's sense) inevitably suggests liquid mercury condemned to a standstill, but also for the impression of motion evoked by the reflections, which increases the impression of a liquid that has just changed its state of aggregation. This is precisely Cragg's ultimate intention: He wants to free the viewer from his passive role and instead confront him with a wealth of possibilities for interpretation, so that the viewer has to use all of his human abilities to perceive, think and feel. "I was never interested in simply depicting something", explains the sculptor (quote from: Deutschlandfunk Kultur online, December 2, 2016). The work offered here proves that a contemporary sculpture by the artist can be just as rich in sensual aesthetics and emotional associations as a traditional plastic work of art. With these physically daring, imaginative columns sprouting into the sky and bulging, voluminous creations, Tony Cragg creates a variety of forms that has coined the ongoing development and renewal of contemporary sculpture for decades. His works combine figuration and abstraction, monumentality and lightness, tradition and modernity and thus earned a prominent position in 20th and 21st century sculpting. [CH]
More Information
+
Sell
Would you like to sell a similar object?
+
Register for
Tony Cragg
+
Preview & Auction Procedure
+
Bidding Options
+
Bid by telephon / written
+
Buying from A-Z
+
Catalogue Order
+
Contact a specialist
+
Tony Cragg Biography
Share 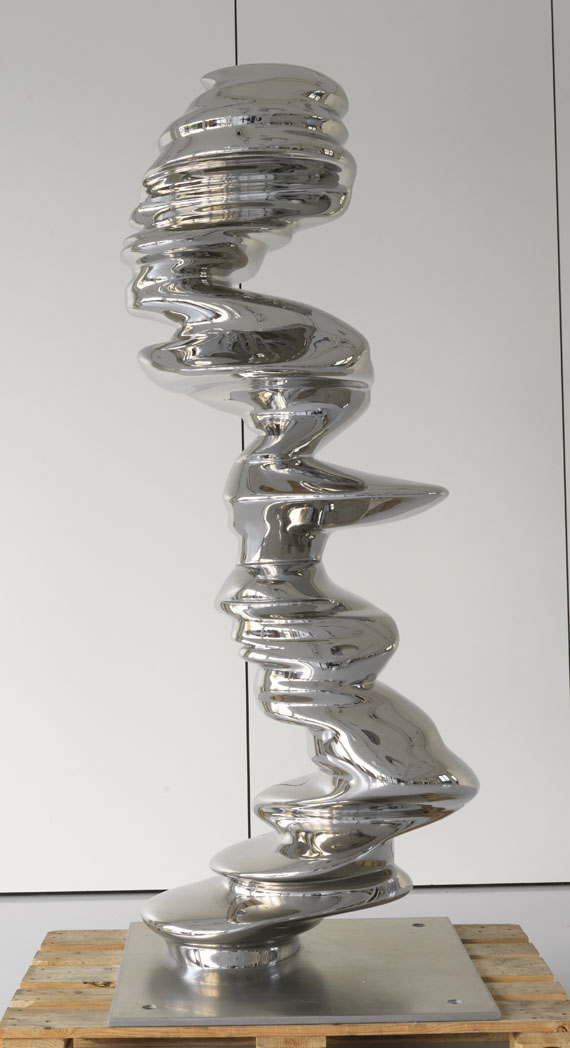 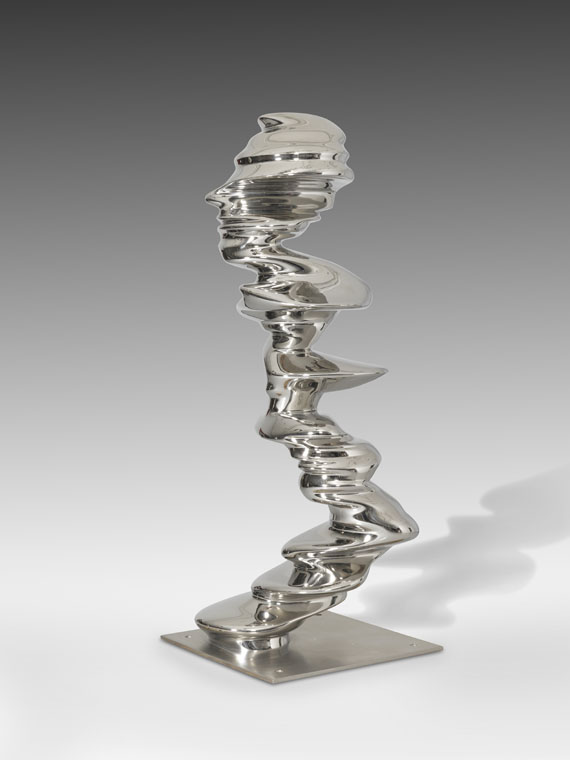 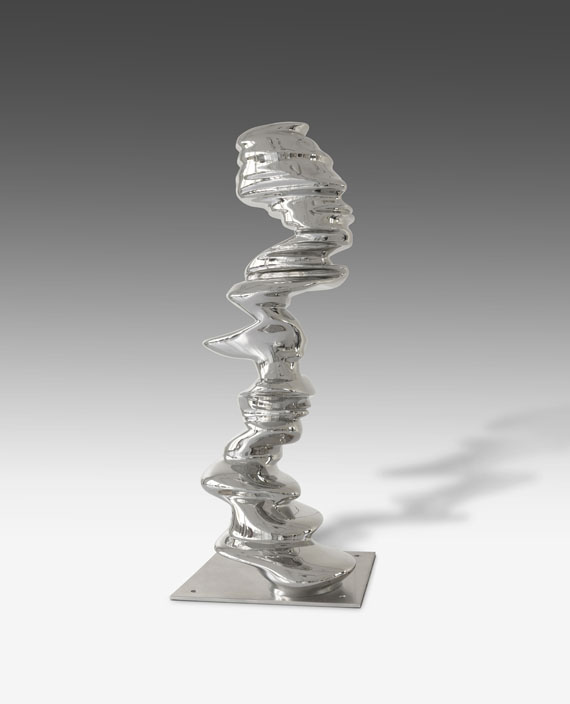 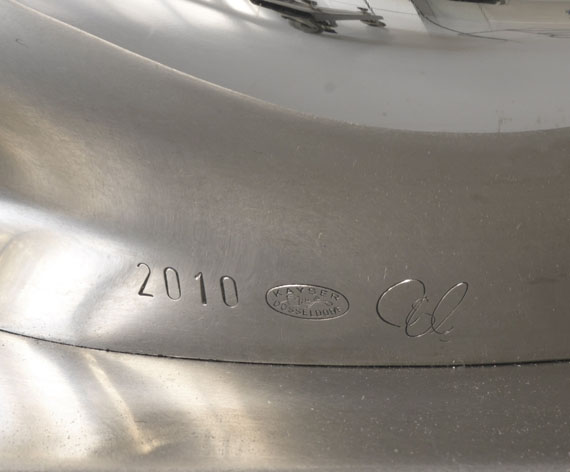 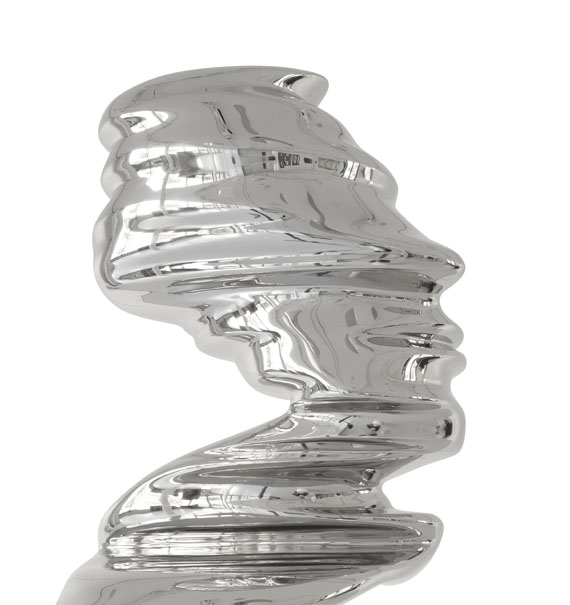 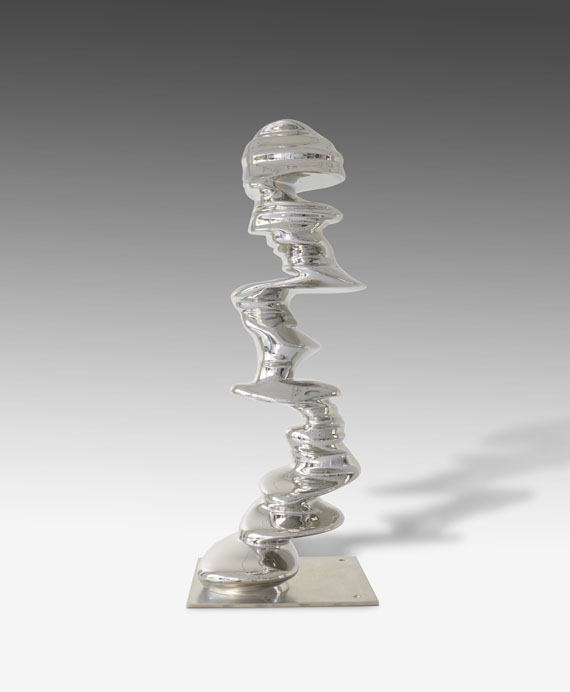 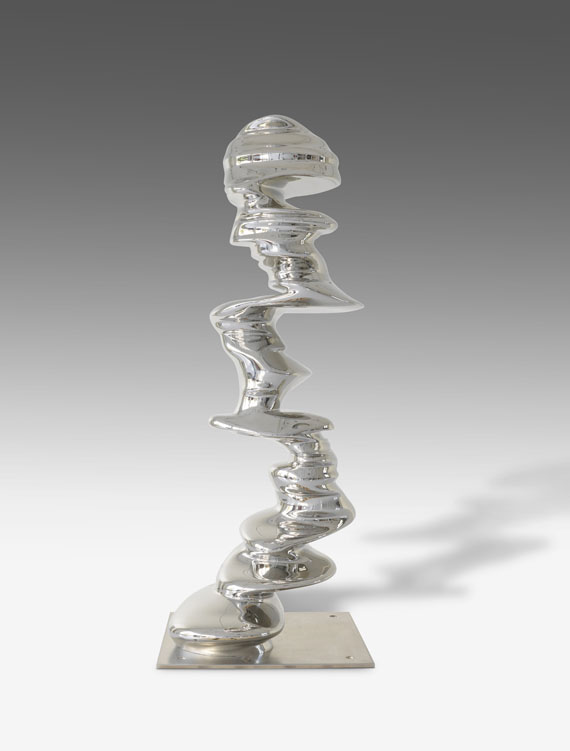 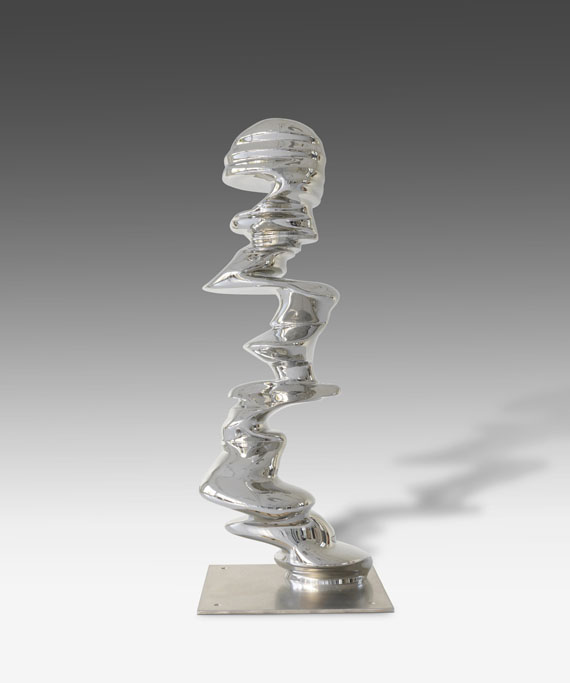 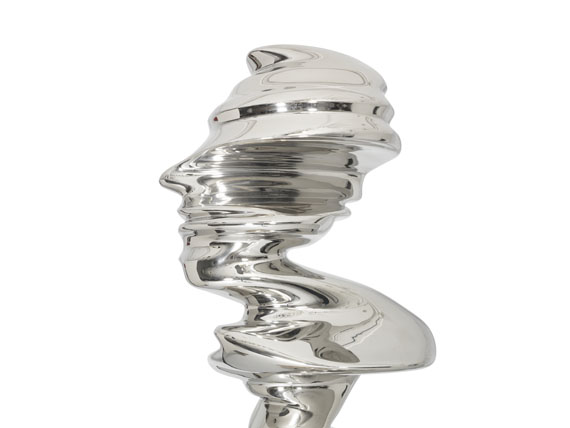 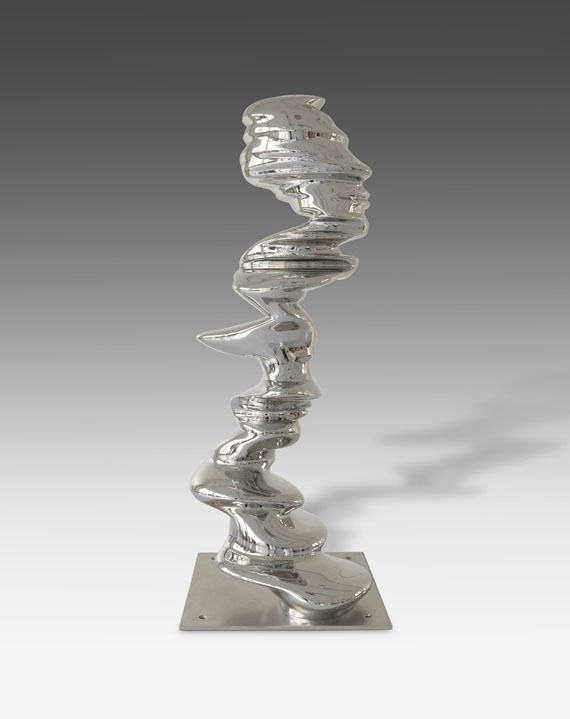 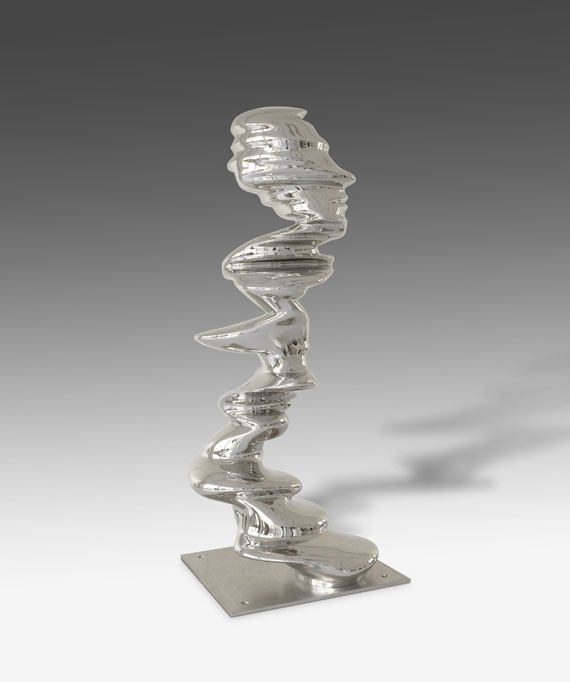 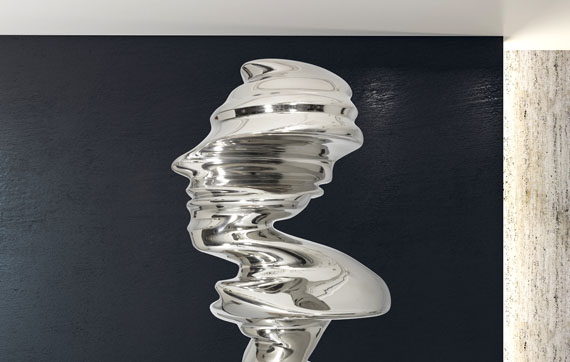 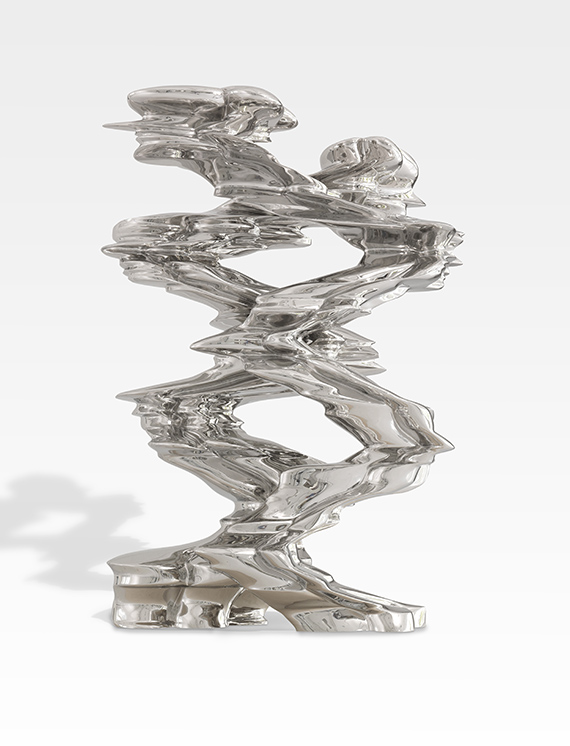 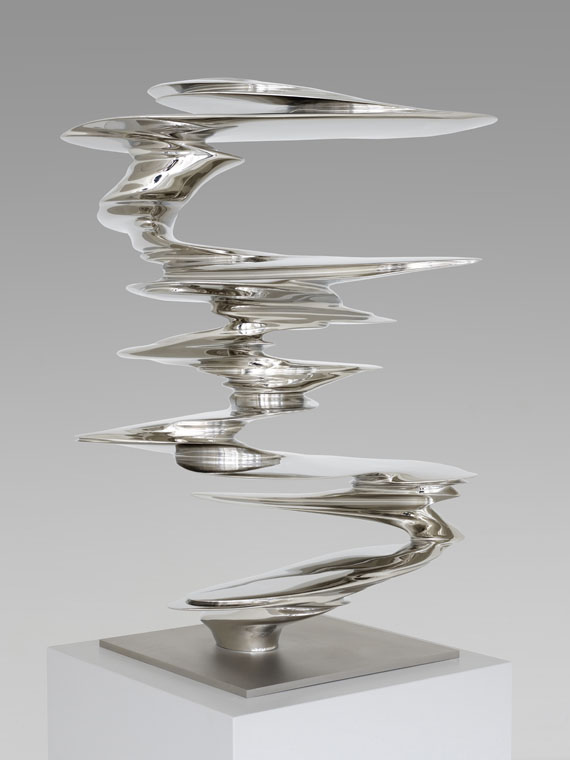