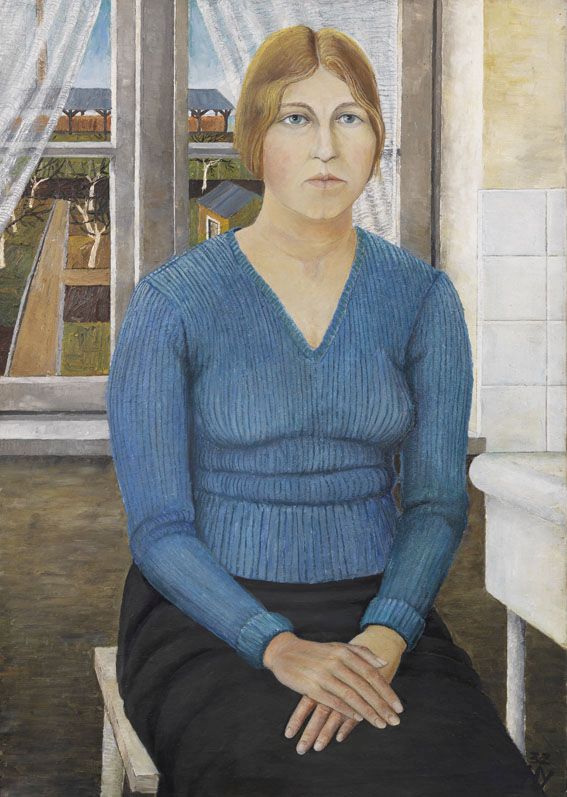 enlarge image
+
441
Karl Otto Hy
Anna, 1932.
Oil on canvas
Post auction sale: € 4,000 / $ 4,680
Lot description
Anna. 1932.
Oil on canvas.
Lower right signed and dated. Verso titled. Once more signed on the stretcher, as well as inscribed and with an address. 95 x 67.5 cm (37.4 x 26.5 in).
[KT].
• Fascinating interpretation of the portrait type in front of the window from old Dutch painting.
• The detailed painting style of the Old Masters and the clear lines of the room arrangement reveal Hy's further activity as graphic designer and architect. 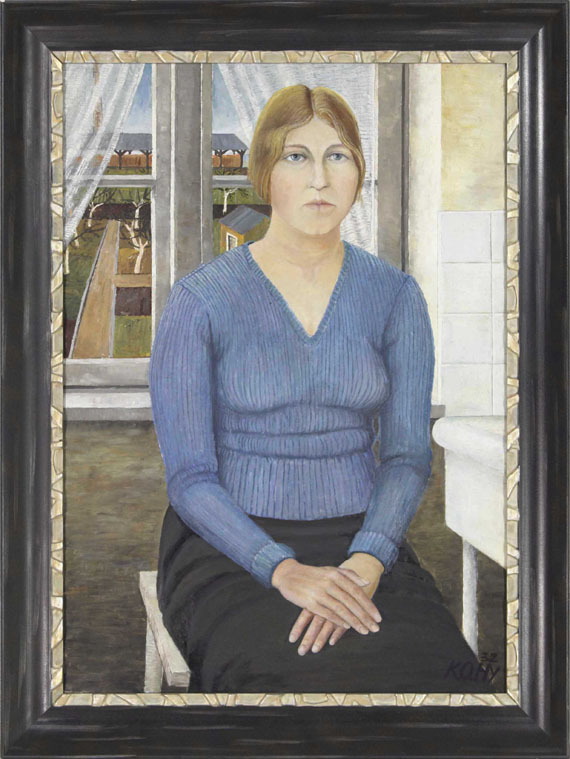 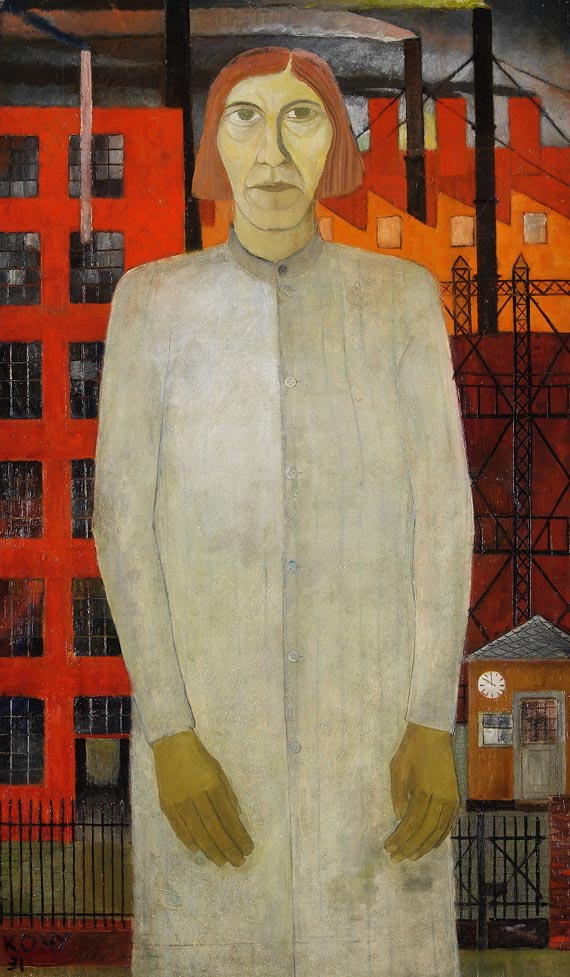 KARL OTTO HY
Fabrikarbeiterin, 1931
Sold: € 8,400
You might also be interested in
+
and all other offers
Buyer's premium, taxation and resale right apportionment for Karl Otto Hy "Anna"
This lot can be purchased subject to differential or regular taxation.