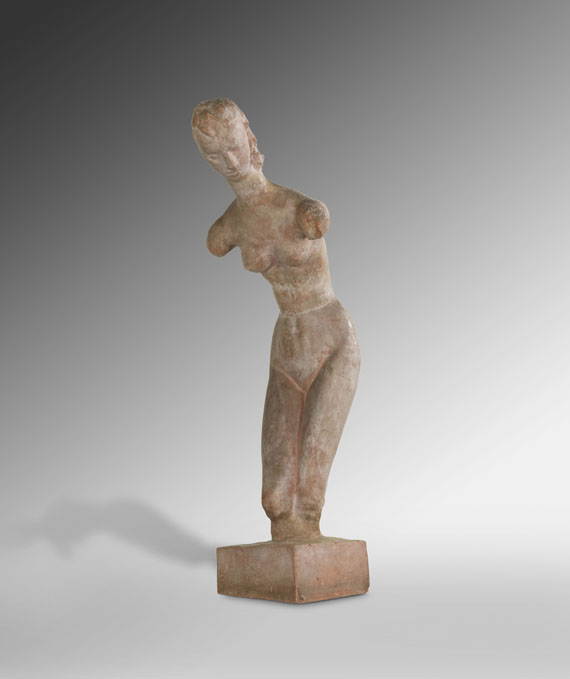 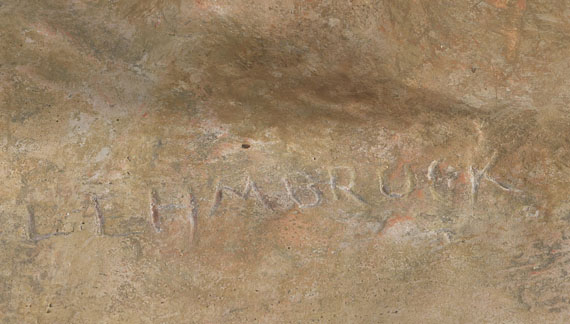 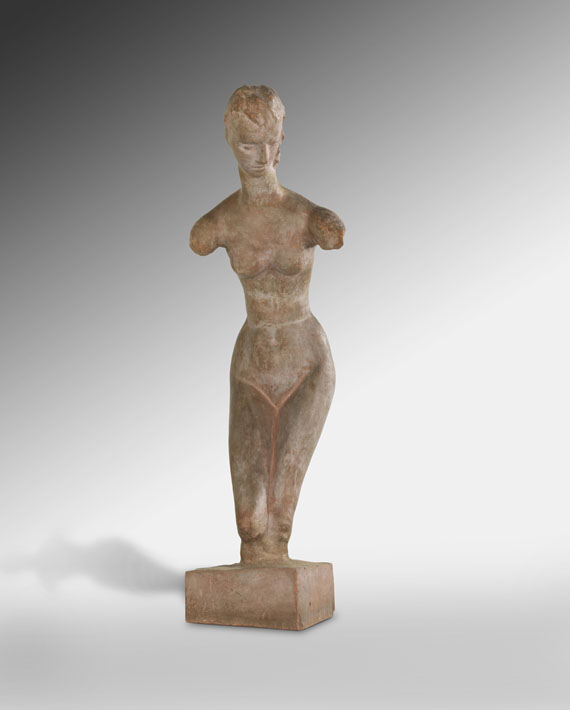 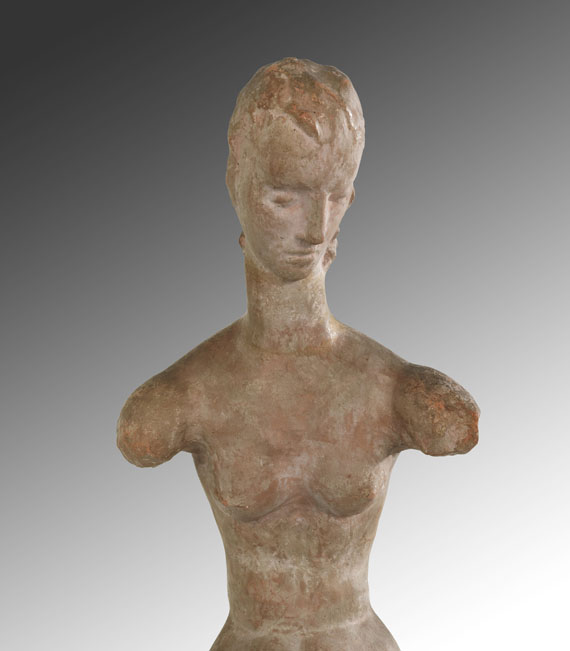 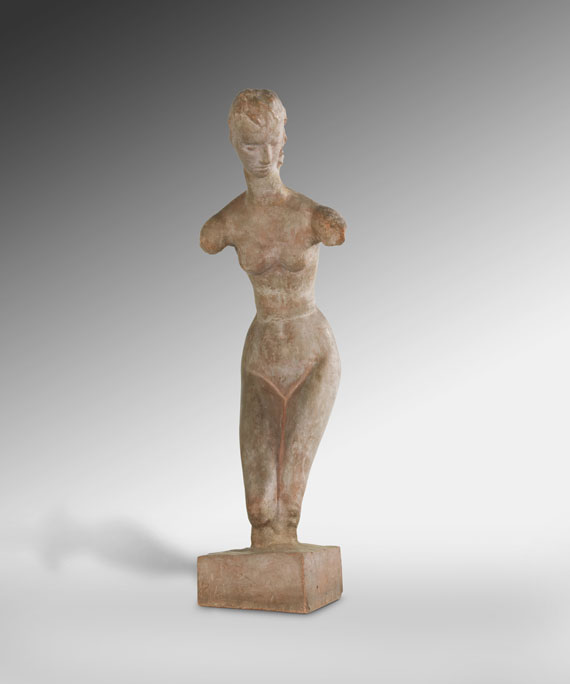 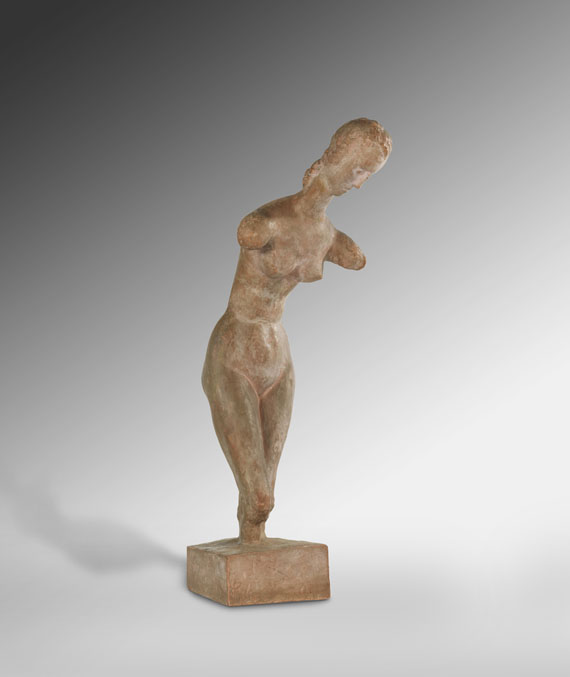 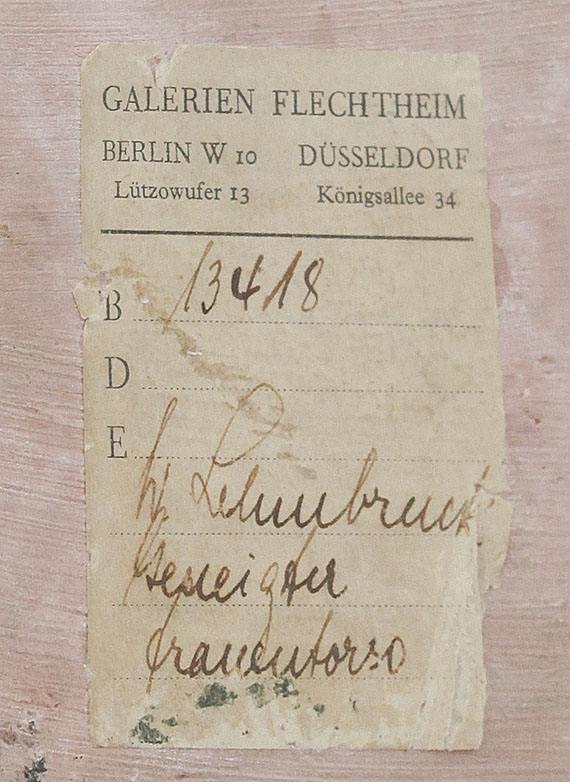 • What a gracious gesture with which Lehmbruck stood his grounds in Paris against the leading sculptors of the early 20th century.
• With elongated facial features and physical shapes, as we find them in this "Gebeugter weiblicher Torso“, Lehmbruck conceived sculptures that clearly integrate Rodin’s aspect of the 'gesture’ in sculpting.
• Lehmbruck invents a sculpture that is particularly captivating for its nearly unprotected posture.
• Fascinating cast history and a great direct provenance with Galerie Flechtheim.
• Family-owned since it was acquired from Flechtheim 90 years ago.
• The work has not been on the market for 90 years.

PROVENANCE: Galerie Alfred Flechtheim, Berlin/Düsseldorf (around 1930, with gallery label on the stand).
Erich and Ellen Raemisch, Krefeld (acquired from aforementioned in 1930).
Ever since family-owned.

"The 'Gebeugte weibliche Torso’ shows a form that does not reveal itself in frontal view but from an half left and right aslope angle of view.“
Dietrich Schubert