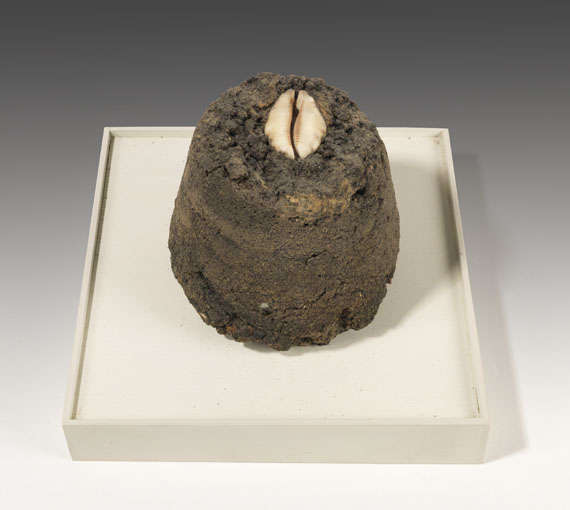 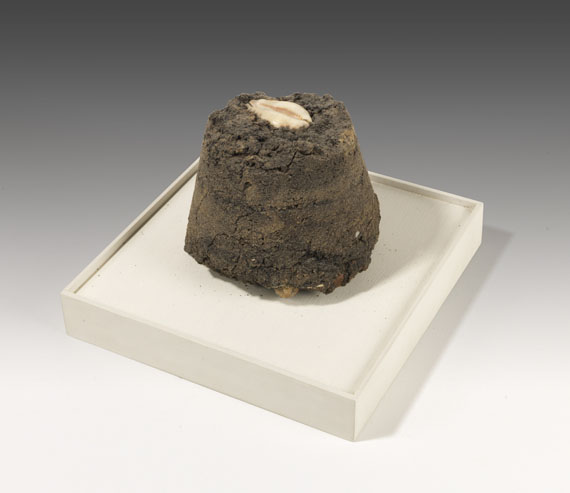 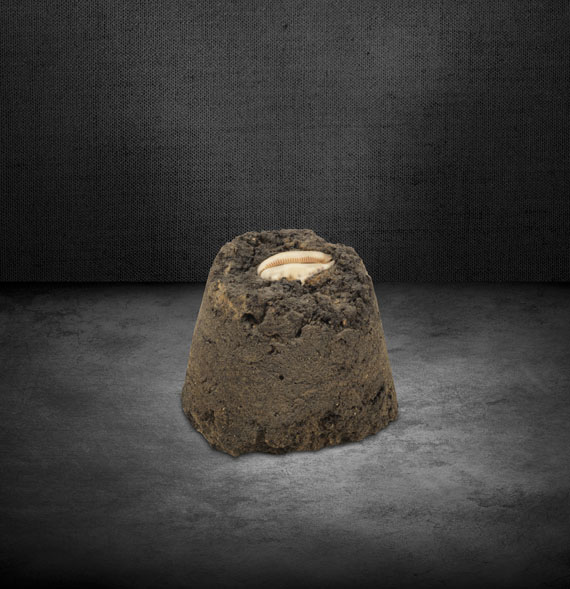 Accompanied by a written confirmation from Eva Beuys dated February 14, 2019 (in copy).

In December 1974 the photographer Charles Wilp invited Joseph Beuys and his family to a photo session in Diana on the Kenyan coast. Apparently Beuys returned home with Kenyan soil which he kept in a flower pot. So far, the designation "TA… KA- (Turm)" has not been fully unlocked. It is certainly daring to think of Astrid Lindgren's children's book "Pippi in Taka-Tuka-Land" (Pippi in the South Seas), however, Beuys repeatedly integrated the toys of his children into his installations, for example in the showcases at the "Block Beuys" at the Hessian State Museum in Darmstadt. Or he used the sounds his son Wenzel made while learning to speak as titles for his works, such as it is the case with "Kukei, akopee - No!". (Uwe M. Schneede, Joseph Beuys, die Aktionen, Stuttgart 1994, no. 4, p. 42). In Lindgren’s book Pippi’s father lives as a king in Africa, where he is held captive in a tower on Taka-Tuka Island. On top of our "tower" is a cowry snail (Cypraeidae) that also commonly occurs in Africa. Their shell were used as currency, because of the porcelain-like surface, which appeared to be valuable, so slaves in West Africa were traded for cowry money. Beuys‘ last large work "Palazzo Regale" from 1985, which is now part of the Kunstsammlung Nordrhein-Westfalen in Düsseldorf, also has a giant sea snail (Cassis Tuberosa cornuta) in one of the showcases. Soil as a substance plays an important role for Beuys, for example in the work "Erdtelefon" from 1968, which suggests a possible conversation with the Earth. [Eugen Blume]
More Information
+
Sell
Get a free appraisal for a similar object!
+
Register for
Joseph Beuys
+
Buying from A-Z
+
Contact a specialist
+
Joseph Beuys Biography
Share